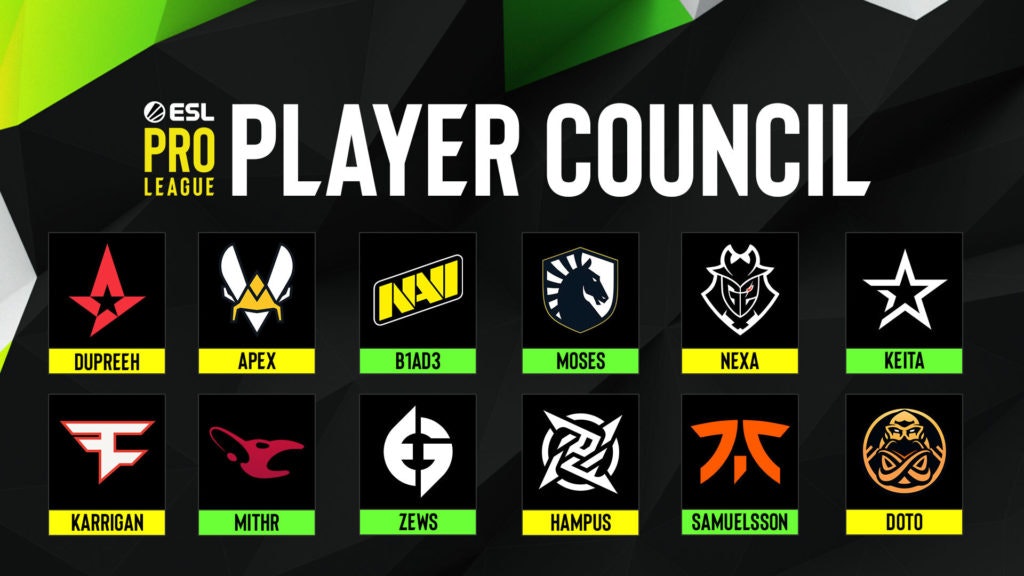 The ESL Pro League officially announced its Player Council for March 18. The council consists of 12 CS:GO players and coaches from partnered Pro League teams who will provide input and suggestions to improving league standards.

The council will work with ESL Pro League Commissioner Alexander Inglot's office to "change, improve, and set new standards for all participating teams." The council had their first of four annual meetings in February.

The representatives from each team are as follows:

Liquid coach moses expressed how excited he was to be involved but remained cautious because of previous experiences.

"Similar endeavors in the past have struggled or failed to achieve their goals, and there is a very real chance that this can go down that same path," he said. "I am cautiously optimistic that we can improve current conditions and identify new opportunities to align the well-being of the players with the growth of the Pro League ecosystem."

This is a clear reference to the Counter-Strike Professional Players' Association, which has received criticism for its effectiveness and its global rankings. The CSPAA recently coordinated with ESL on "Return to LAN" protocols, but it's worth wondering if they will continue to work with ESL now that the organizer has its own player council.