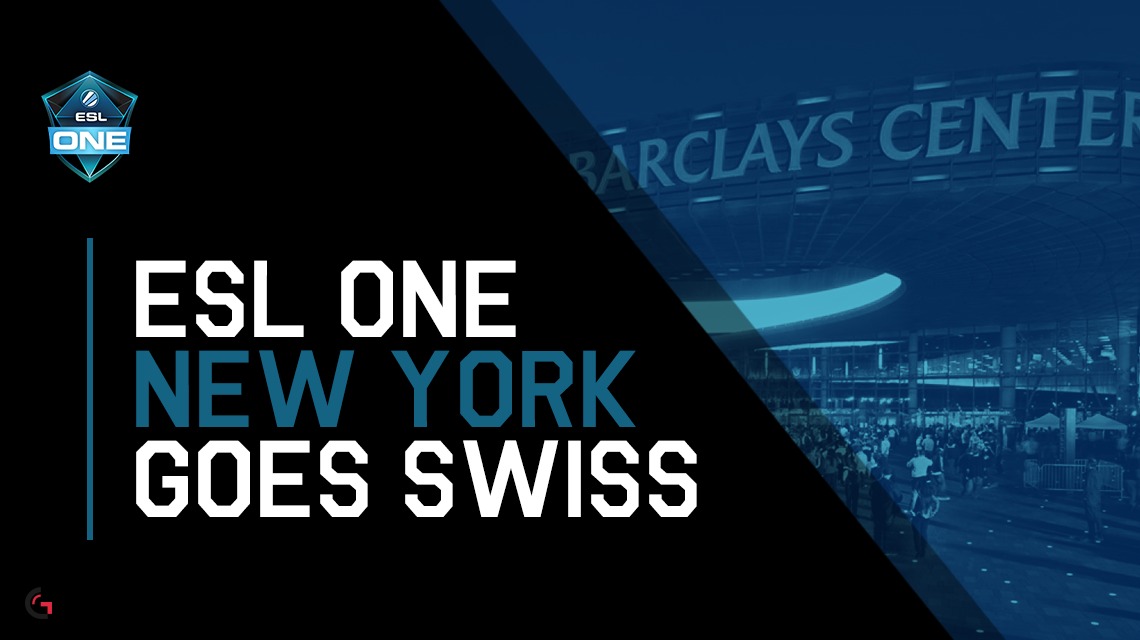 ESL has announced that theCounter-Strike:Gobal Offensive tournament at ESL One NewYork taking place from Sept. 30-Oct. 2 at the Barclays Center willuse the Swiss format.

The first two days of the tournament will be played with theSwiss system to decide which team will make it to the semifinals.Teams will be eliminated once they meet three losses. The firstfour teams who obtain three wins will move on.

As for which teams play against each other, teams will berandomly assigned a match against another team who has thesame number of wins as them and who they have not yet playedagainst. The first round, however, will be pre-chosen by ESL.

After the top four teams move on, the tournament will be playedas normal with best-of-three semifinals.

It will be interesting to see which teams make it to thesemifinals with this Swiss-style format. Since it will be at leastsomewhat random, it should make for interesting matchups.

Only SKGaming, G2 Esports and Team LiquidPro have been announced as participants so far. As thetournament draws closer, more teams will be announced and surelythere will be qualifiers.

The first day of ESL One New York will not be open to thepublic, but fans can watch it on Twitch. On Oct. 1 and 2, the finaltwo days of the event, the Barclays Center will open at 10 a.m. forspectators and will close after the final match of the day. Ofcourse, matches will be streamed as well.

If you would like to see the event schedule in detail, ESL hasmade it available on the event’s website.

How do you feel about the Swiss-style format being used for ESLOne New York? Let us know in the comments and make sure to give usa follow on Twitter, @GAMURScom, for esports news and coverage.