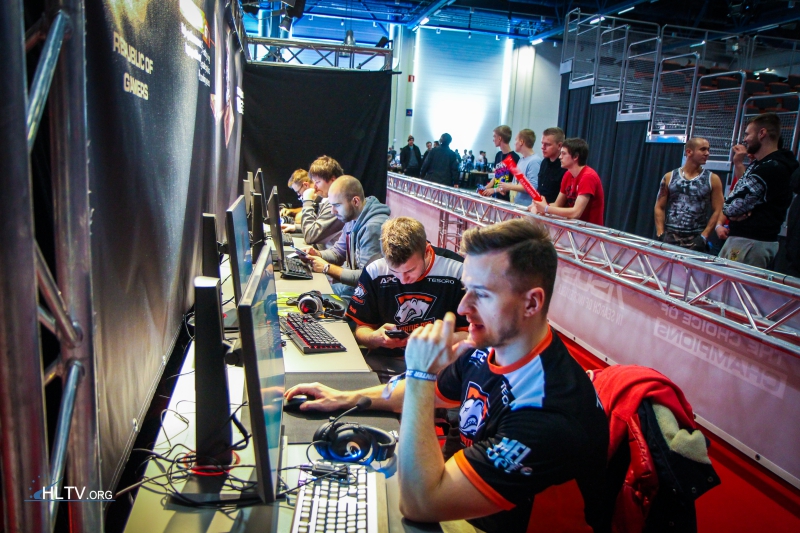 This is the final part of four articles breaking down the four Katowice groups. ESL One Katowice runs from March 12-15, and is the first CS:GO major of 2015. The champions of last year’s event at Katowice, Virtus.Pro is a team that has been consistently challenging for titles at any event they partake in. Going into Katowice they might have something to prove, given some very mediocre LAN results as of late, including a group stage exit at ASUS ROG and a fourth place finish at Pantamera, which included a loss to LGB. While Snax has been his usual fantastic self, the rest of his team has underperformed, in particular pasha. Their mediocrity lately however means that this is a team that going into Katowice has something to prove. Look for Snax, byali, and pasha to play well if Virtus.Pro are to win on their home soil. TSM, known as Team dignitas previously, had a disappointing Dreamhack, where they were unable to even make the semifinals, dropping weakly out of the tournament 2-0 against Na’Vi. The team has gained a reputation of being “chokers,” able to make it far in majors, while never actually reaching the finals stage. At Katowice, they will again be looking to get rid of that tag that seems to haunt them. This time around, they will be with a new in-game leader, karrigan. With the old dignitas, they were known for being a team with super strong CT sides, but lacking in T-side strategies. With karrigan, the team’s goal has been to become stronger on the T side. Another change made by the team was making device the main AWPer, a role previously held by FeTiSh. The karrigan-era has started pretty well, with TSM actually defeating fnatic in a best of three at MLG Aspen. The moves TSM have made suggest that this time around, they may have what it takes to go all the way. Katowice offers TSM a fresh start, with a chance to get rid of their label of being chokers. Cloud9 have always been a team that has consistently done well at majors, including when they were under the compLexity banner. However, their poor results at Dreamhack and at the ESEA LAN led to long-time player Hiko leaving the team. As a result, C9 decided to pick up AWPer ShahZaM. ShahZaM is probably the best or second-best AWPer in North America, but boasts little international experience. For Cloud9 to repeat their past escapades, they will need ShahZaM to play well with the AWP and consistent play from n0thing and shroud. Hiko played a large part in Cloud9 being able to leave the groups in previous majors, and his slack will have to be picked up by the rest of the team. C9 have always had the potential to compete with the best, but their inconsistency has regularly held them back. Katowice will serve as a good test as to if the changes have made C9 better, or if the same problems from before still haunt them. While 3DMAX welcome back the return of their in-game leader natu who was unable to attend the Katowice qualifier, they have lost their best player and one of the best AWPers in the world in allu to the Ninjas in Pyjamas. Such a loss cannot be understated; 3DMAX go from a team that could have possibly grabbed a game off one of the other teams, to a major underdog that will likely not win a single game. The good news is that allu’s replacement, xartE is actually quite a strong player: he top-fragged by a wide margin in their decisive qualifying match against mousesports. Still, a player like allu is almost irreplaceable. A lot will rest on the shoulders of stonde, who will likely be taking over AWPing duties. It may be that Katowice could serve as the stage for stonde to break out of allu’s shadow and show everyone how good he actually is. But even then, for 3DMAX to advance out of a group with two of the top European teams and the best North American team, they cannot afford to make any mistakes.

Cloud9 and TSM will face off in a rematch of ESL Cologne, where C9 managed some incredible rounds to comeback against TSM. This time around, the lineups have been tweaked a little, and while both teams are stronger than before, TSM has shown that they can beat teams like fnatic, whereas C9 have been very inconsistent (i.e. losing to KaBuM at Aspen). TSM is known for their consistency, whereas C9 is known for the opposite. C9 will need a big game from both n0thing and shroud, and hope that ShahZaM can match up to device, who has looked pretty good when AWPing. karrigan’s strategies have greatly improved TSM’s T-side, and C9 have yet to really show that they can handle top tier opposition such as TSM. The most recent meeting between the two sides featuring both new rosters was a demolition 16-2 win for TSM, and while it won’t be a blowout at Katowice, it will still be a tough ask for C9 to take the game. TSM and VP will be a great match should it happen, as except for an online meeting, they have not played with their new lineups. Virtus.Pro’s underwhelming performance on LAN so far in 2015 could mean that TSM has a great chance to possibly take the game, but Virtus.Pro should have learned from those two disappointing experiences and be prepared. C9 may be an underdog against both these teams, but they do have the talent to take a match in a best of one.

3DMAX will have a tough time facing off against Virtus.Pro; the Poles will have something to prove, especially in front of crowd that will be cheering for them at every step of the way. For 3DMAX to pull off an upset, they will need some of VP’s best players (i.e. Snax, byali, or pasha) to struggle. This is not impossible, given recent mediocre performances by Virtus.Pro. Nonetheless, even with allu 3DMAX looked very shaky against Vox Eminor, and without him, they are just not on the same level as VP, or anyone else in their group for that matter. VP should be able to easily take this game, and the group, as long as their key players do not underperform. 3DMAX is another story, as realistically, they are too inconsistent to challenge TSM as well. C9 is a more winnable matchup, but unless stonde plays out of his mind to complement diSTURBED and xartE, C9 have the better players that should give them the advantage. It would be a major upset to see 3DMAX get a victory, but if they can take advantage of inconsistent play from any of the teams they face, they do have enough talent to possibly grind out a win. Cloud9’s most recent acquisition will be making his major debut, and if Cloud9 are wanting to avoid a repeat of Dreamhack, he will need to perform well. ShahZaM already has the large shoes of Hiko to fill, with Hiko being one of Cloud9’s strongest performers at majors. While he was decent at the qualifier, with a 1.10 rating, against better opposition at MLG Aspen, he had a .79 rating. Cloud9’s main weakness over time has been their lack of a true AWPer. seangares had been filling that role, but it soon became obvious that he just was not at the caliber necessary to compete with the better Europeans. ShahZaM now fills that role, and it will be up to him to compete with some of the best AWPers in Europe. He gives C9 a different dimension than before when they did not have a true dedicated AWPer. C9 cannot afford a shaky start from ShahZaM if they want to return to the quarterfinals again. pasha is the man that Virtus.Pro need to return to his 2014 form which had him seen by many as one of the top players in the world. When pasha alongside Snax are firing on all cylinders, Virtus.Pro is a hard team to stop. But when pasha struggles, as he did at ASUS ROG and Pantamera, his team tends to struggle as well. The good news for VP is that pasha is historically at his best at the majors; he has a 1.24 rating across all the majors so far, .12 higher than his career average. That’s a pretty incredible increase, and one that pasha will need to replicate if VP are to again win on Polish soil. Whether or not VP can rely on pasha to perform will largely determine how far this Virtus.Pro team can go. device is one of TSM’s best players, and possibly the best player in Denmark. Yet his propensity to fail on the big stage is indisputable; while having a career 1.16 rating, at majors this number drops to 1.06. This is a significant drop, considering that no one else on his team’s rating drops as drastically as his (dupreeh, TSM’s other significant performer falls .03 from his career rating at majors). Katowice offers device a fresh start in many ways: a new in-game leader in the form of karrigan, a new organization in TSM, and a new role in being the team’s primary AWPer. With a new system, Katowice is device’s chance to show he is one the best players in the world, and to remove the stigma around him that he is a choker.