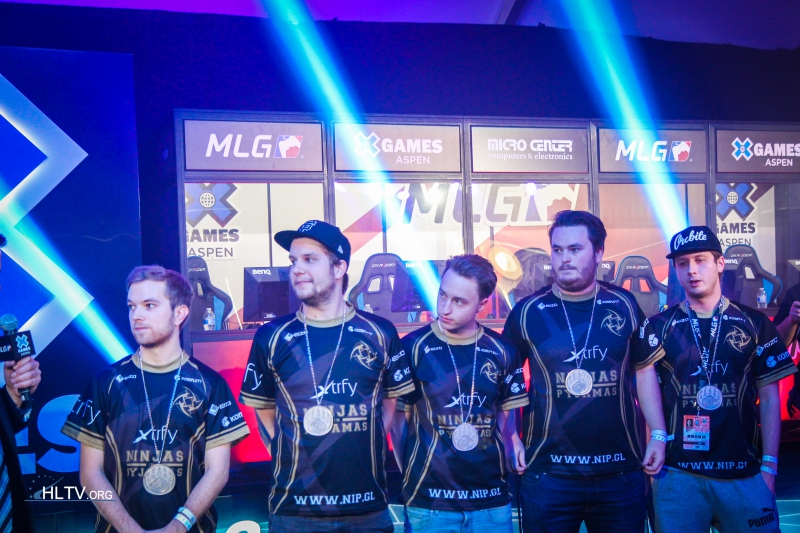 This is the third part of four articles breaking down the four Katowice groups. ESL One Katowice runs from March 12-15, and is the first CS:GO major of 2015. Fan favorites NiP are back and once more they are bringing a different roster, with Maikelele being dropped for allu. This marks the third major in a row with a changed lineup, and on paper, this may be the strongest one yet. It is important to recognize that Maikelele was on the fringes of the competitive scene for a long time before his chance at NiP and that allu is more established in terms of consistently playing against the strongest teams in the scene as a part of mousesports. While this may be the strongest NiP lineup yet, the big question surrounding the team is how the language barrier will affect the calls of in-game leader Xizt. According to allu, in game communication is done by the Swedish players in their native tongue, while allu communicates in English. Obviously, communication will be the number one issue that could hold back NiP, considering that from online play allu is fitting in fine. NiP still remain extraordinarily talented, with some of the best players in the world in friberg, GeT_RiGhT, f0rest, and a solid in game leader of Xizt. NiP has the talent to compete with the best, but the communication within the team will be the main issue that could hold them back from getting another major title. HellRaisers started out strong at Dreamhack, defeating fnatic in the group stages. They weren’t able build on that momentum however, losing 2-0 to NiP in the quarters. Since then, HellRaisers have made two changes, dropping s1mple and markeloff, and picking up Adren again and Russian talent flamie. While HellRaisers have always been a threat to upset the top teams, this time around they may struggle. For one, they are left with kucher as the main AWPer. While kucher is serviceable, he is nowhere close to s1mple, or most other AWPers at Katowice. The team is also without a coach this time around, as B1ad3, their coach at Dreamhack, is competing at Katowice for Flipsid3. The lack of his tactical mind may hurt HellRaisers already limited tactical play. It isn’t all bad for them though: flamie has been pretty good in the limited time he has been on the team, and this lineup did manage to defeat PENTA (minus Troubley) at ASUS ROG, and they have been able to perform decently even without an in-game leader in the past. Even then, this HellRaisers lineup is probably the weakest iteration yet, at least until kucher becomes more convincing with the AWP. While HellRaisers’s group is still relatively weak compared to the other groups, they will have to work hard to again get the two wins they need. Prior to becoming CLG, this team competed as NetcodeGuides and mouseSpaz before eventually being picked up by the renowned League of Legends organization. After consistently playing together, this team has worked its way to being one of the top teams in North America. With the disbandment of iBUYPOWER, CLG are looking to take their spot as a North American team along with Cloud9 that can compete with the best in Europe. Their results in the qualifier did raise a few eyebrows, with their defeat of kennyS’s Titan, along with a victory against LDLC at MLG Aspen (a win that took place when arguably LDLC were at their best). It will be interesting to see how CLG matches up against teams such like NiP and HellRaisers, given their relative lack of international experience. With hazed, Cutler, and to an extent FNS being the backbone of the team, it will be on how ptr manages to handle calling and AWPing together, and if tarik will show more of the form that he displayed against Titan at the qualifier. This CLG squad is sneakily strong, and have a great opportunity in the form of their relatively weak group to make it to the quarterfinals. Seemingly coming out of nowhere, Keyd Stars (formerly known as KaBuM.TD) first really showed up at MLG Aspen, winning their first game against Cloud9. They followed that up with some decent results, taking a map off of fnatic at ClutchCon, and then having the resilience to bounce back after a tough loss to mousesports with two consecutive victories to qualify for the major. Keyd have definitely proven they can hang with European teams, but their performance at Katowice will largely depend on if they have been able to expand their map pool. We know they are great at de_mirage, and that they are not bad on de_inferno. Hopefully, if they are able to develop at least two more maps (and avoid being forced on to an uncomfortable map in the pick/ban phase), it seems reasonable that they could perhaps take a map in the group, although actually winning two could be a bit of an ask. Either way, Keyd have been electrifying so far on the international stage, and with all the pressure on their opponents, they could be looking to add another scalp to their growing resume of impressive victories.

NiP and Keyd actually have previously played each other, at MLG Aspen, with NiP routing the Brazilian side. Keyd will be looking to build upon their recent good performances and give NiP a run for their money. It will be interesting to see Keyd’s pick ban phase, and see if Keyd bring out a new map that NiP may not expect. Even then, with NiP’s wealth of experience, it is doubtful that NiP will be too overly surprised by anything that Keyd throws at them. NiP have a clear advantage in both skill and experience meaning that they should probably win this match comfortably, similar to at MLG Aspen. From there, NiP will easily be favorites over the other two teams in this group. There is too much skill and experience on this NiP squad that even with communication issues, they will be heavy favorites over any team within their group. Keyd on the other could have a chance at picking up a map, but again, with de_mirage likely to be banned out, it will be up to if they have gotten comfortable with a different map.

While CLG do not have the experience at majors that HellRaisers possess, they will have a tactical advantage over HellRaisers in that B1ad3, their coach at Dreamhack, is competing at Katowice for Flipsid3. CLG have shown great strides in their tactical play, especially with the addition of ptr. HellRaisers advantage comes from their experience against all of their best teams; while players such as hazed and Cutler are consistent players against NA opposition, how they do on LAN in Europe will play a large part in determining if CLG can leave their group. This match is hard to call, but given HellRaisers lack of a true in-game leader, recent middling performances, and ptr’s potential to take over a game unless stopped by kucher, CLG likely has a slight advantage over the CIS team. For either team, it is likely that only one of the two will progress, as a potential faceoff against NiP will likely not bode well for either team. CLG’s crucial advantages in AWPing and tactical play may be what causes HellRaisers to drop out of a major in the group stages. After a successful period as a stand-in for NiP, allu is now a permanent member, and his offline debut will take place at Katowice. There will be questions regarding how allu will fit into this lineup of established superstars, and how they language barrier will affect the team’s play. What will not be questioned is allu’s skill; allu is a very strong AWPer, probably in the top five, and a great rifler as well. He was definitely the star while on mousesports, and now that he is surrounded by some of the best players in the world, the expectation to succeed has increased. How allu performs (remembering that this is his first time at a major) and deals with the communication issues will influence how far NiP advance. tarik has begun to establish himself as a rising talent from North America. Even before joining CLG (then NetcodeGuides), he was known as being an incredible aimer. After joining CLG, he has been one of their most important players. While his LAN debut at MLG Aspen was lacking, he showed up big in their decisive match against Titan, dropping 31 kills, with a kill differential of +16, even outfragging kennyS. tarik definitely has the skill to match his opponents at Katowice; the question is whether we will see that skill. Offline, he has been pretty hit-or-miss, struggling at MLG Aspen, but coming up big for his team at the Katowice qualifier. If CLG are to make the quarterfinals or beyond, tarik is a man that CLG will need to play well. While kucher may not be the first name that comes to mind when thinking about the impact players on HellRaisers, he will have to contribute if his team is to progress at Katowice. Following s1mple’s dismissal, kucher has become the main AWPer for the team. His performances online have not exactly been the most convincing, and even though the team did alright at ASUS ROG, he was the team’s worst performer. That is not a position the main AWPer should really be in. While markeloff’s AWPing when he was on the team was decidedly average, kucher unfortunately has been worse than average. Things will not be getting any easier for him either, as a faceoff with either ptr and allu will not favor him. Nevertheless, if kucher can step up his game, both with a rifle and the AWP, HellRaisers could once again be making it out of the group stage.