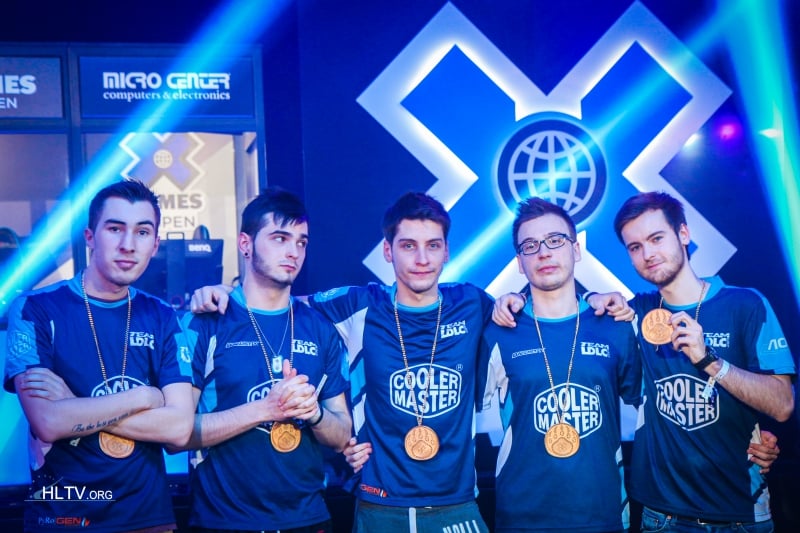 This is the second part of four articles breaking down the four Katowice groups. ESL One Katowice runs from March 12-15, and is the first CS:GO major of 2015. The champions of Dreamhack Winter, the team formerly sponsored by LDLC is back under the EnVyUs tag looking to be the first team to successfully defend their previous major win. Since Dreamhack, they finished as champions of MLG Aspen, got a new sponsor in Team EnVyUs, and finished third at iOS Pantamera. While at one point they could have been considered the best team in the world, their recurring inability to defeat fnatic, and recent shaky online play has suggested some instability in a lineup filled with some of the strongest French players. The team is known for playing a fairly loose style, and have a multitude of players that can AWP, even though SmithZz is known for being their AWPer. For EnVyUs to repeat as champions, they will first need to navigate a tricky group stage. Similar to fnatic, each player has the capacity to carry the team, but how SmithZz performs could be key in determining how EnVyUs does; his AWP is not as good as the top AWPers in the world. That being said, there is plenty of quality elsewhere in this EnVyUs side especially in the form of Happy who has been a top five player in the world in 2015 so far. EnVyUs’s road to winning another championship will not be an easy one, but this is a team that has the talent to do so. After making a miraculous comeback against iBUYPOWER to make it out of the group stage at Dreamhack (where PENTA had a 14-0 CT side on de_inferno), PENTA are looking to improve upon their quarterfinal finish. This time around, they have made two changes, with robs3n and fel1x being dropped for nex and strux1, both formerly of Planetkey Dynamics. Even more recently, strux1 separated from the team due to “attitude differences.” As a result, PENTA picked up former Planetkey and mousesports player Troubley as their in-game leader. While Troubley is a very good player in his own right, a change so close to the main event raises questions as to if this team is ready to compete against rosters that have spent a lot of time together. If anything, the team’s lack of familiarity with Troubley could be their downfall (although it is important to note Troubley was teammates with nex on Planetkey). Otherwise, denis, Spiidi, and in particular nex are all very good players, while kRYSTAL is a decent AWPer who can compete with other AWPers in their group (with the exception of kennyS). How Troubley fits into the team will determine whether or not PENTA will leave the group stages. LGB boasts three players (rain, Polly, and RUBINO) who were part of the London Conspiracy team that participated in ESL Cologne. The difference between that lineup and the current one is that zEVES and jkaem have joined the team. jkaem is looking to be a solid player to complement rain and RUBINO, while zEVES has taken over the shot-calling duties from Polly, allowing Polly to focus on AWPing. This lineup of Norwegians, while not as strong as the previous LGB (featuring olof and KRiMZ), is deceptively strong, with a bunch of talented aimers. They also have had a good experience on LAN together, being able to participate in Pantamera with other top teams. Nevertheless, LGB have been placed in a difficult group, meaning that progressing will be a tough ask, as each team has players that match up to LGB’s players. Look for strong performances from the trio of rain, RUBINO, and jkaem if LGB are to make it past the group stages. After Titan was unable to participate at Dreamhack due to KQLY’s VAC ban, the team took their time in finding a replacement, using their coach at the ESEA LAN finals. They decided on former player RpK, who took a leave of absence from CS at the beginning of Global Offensive’s lifespan. While being fairly erratic at first, they have since shown a series of strong performances, with wins over EnVyUs online, and strong placings at LAN tournaments such as ASUS ROG and Pantamera. While everyone is familiar with how good kennyS is, it will be how his teammates perform that determines if Titan go far or not. If Maniac is serviceable, RpK and apEX play to their potential, and as long as kennyS plays like the best player in the world (there is no reason to suggest he will not), this is a dangerous Titan team who can take maps off teams like EnVy and go far in the tournament.

The teams in this group offer some very intriguing match-ups, with the seeds not at all representative of the strength of the teams. For the first match, it will be between the two French rivals, with EnVyUs taking on Titan. In the limited meetings between the two sides, Titan have had the upper hand, including an offline win at Pantamera. If EnVyUs is a bit better in terms of aim, Ex6tenz definitely has a bit of a tactical advantage over EnVy. How Ex6tenz uses his players will determine if Titan can overcome the skill gap, and defeat EnVy.  Titan will likely still be underdogs, but if Ex6tenz gets his tactics right, Titan are very capable of pulling an upset. EnVy are the favorites in the group for a reason, and teams other than Titan do not really have an AWPer that will be able to take over a game in the way that kennyS might be able to against EnVy. EnVyUs are simply the best team in this group, and Titan have the best AWPer in the group. Both of these teams should have an edge in defeating PENTA and LGB, even if they play each other first.

On the other side of the group, PENTA face off against a surging LGB eSports. The advantage that LGB has is that their lineup has had time to develop longer and play more matches offline. With PENTA only recently adding Troubley, it is hard to tell how good they will be at Katowice, even if their results with Troubley have not been so bad so far online. LGB have had more time together, and while they have been a solid team, they have not shown anything that necessarily suggests that can compete with other top teams. Both teams consist of the best players from their respective regions, and so the game will likely come down to how Troubley fits into his new team. Versus the French teams, both teams will likely struggle. Neither Polly nor kRYSTAL can really matchup to kennyS, so unless they can manage to shut him down, Titan should be able to defeat both teams. However, this is not to count either team out: players such as Troubley and nex (for PENTA) and rain and RUBINO (for LGB) are very good in their own right, but the weak links for their teams will probably hold each of them back from getting through the French squads. EnVyUs is likely a lock to progress, but defeating Titan may be more manageable for either PENTA or LGB. Still, Titan have done very well on LAN recently, only really struggling against top tier teams i.e. NiP and fnatic. Such performances suggest that LGB and PENTA will have to hope Titan falter a little bit if they want to go through. While Titan can be “kennyS and friends” at times, it is important to remember that apEX is a very strong player, if a bit inconsistent. Of the former LDLC team that made the semifinals of ESL Cologne (Happy, Maniac, Uzziiii, KQLY, and apEX), apEX played a huge part in their success; he was the best player at the tournament rating-wise, above players like flusha, device, and friberg. Now that he is on Titan, apEX is no longer in a position where he needs to be the team’s best player, as kennyS fills that role. That being said, Titan will need apEX to be more of the player we saw in Cologne for Titan to challenge the best teams. apEX gets a lot of criticism for being inconsistent, which is somewhat warranted. His entry-fragging can be incredible at times, and lacking at others. But as long as apEX plays like he did at Cologne, Titan could be poised to make a deep run at Katowice. Troubley is a recent roster addition, leaving mousesports after their failure to qualify. Troubley is undoubtedly one of the most talented German players, but his inability to remain on a team for a prolonged period of time, and reported difficulty to get along with means that how he will affect PENTA over time remains to be seen. For now, we know that he is a talented player who will likely be the in-game leader for probably the best squad in Germany. It is hard to predict how teams respond to roster changes; perhaps Troubley is the opposite of strux1 and fits in well with his teammates, or maybe he does not fit in at all. An incredible fragger that does not fit with the team does more harm than good. Troubley may be the lift needed for this team to build upon their quarterfinal finish, or he simply may not provide the boost that PENTA needed. It is easy to criticize SmithZz for being the weak link in the EnVyUs team, and in many ways he is. He is the team’s weakest rifler, and even if he is the strongest AWPer on the team, he is not really on the level of say, a JW. But EnVyUs does not really need him to be a JW, as their playstyle relies more on each individual player being given free rein to do their thing, relying on each player’s individual aim and game sense to win rounds. Even then, SmithZz’s rifling is not on par compared to the rest of his team, and he could be seen by other teams as a weakness that can be exploited.  While SmithZz is not a bad player per say, his play can sometimes leave a little to desire in terms of aim. He will not be needed to single-handedly carry his team, but against the strongest teams he is someone who will need to step up his game if EnVy are to repeat as champions.