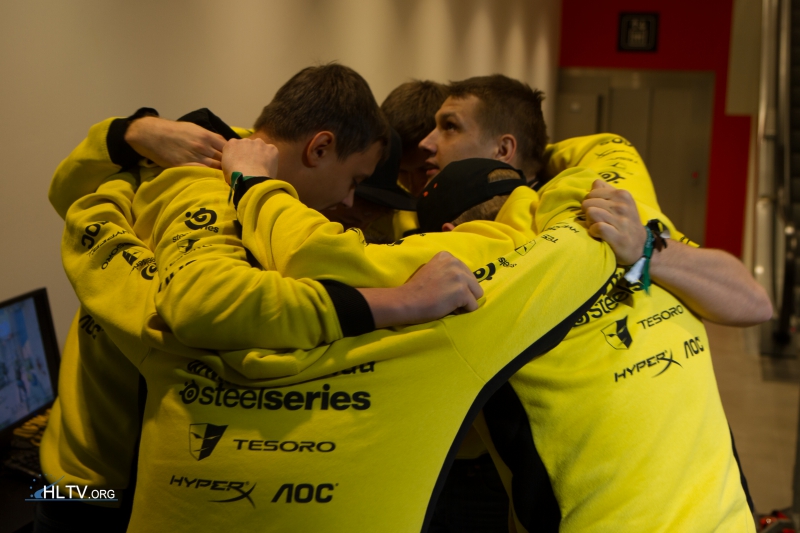 This is the first part of four articles breaking down the four Katowice groups. ESL One Katowice runs from March 12-15, and is the first CS:GO major of 2015. Natus Vincere are the top seed of the group, following their semi-final finish at Dreamhack Winter 2014. There they were able to topple Team dignitas before falling to eventual champions Team LDLC. The main strengths of this team is GuardiaN’s incredible AWPing and the fragging ability of both Edward and seized. For Na’Vi, it is hard to predict how they will perform, especially given their mediocrity in online matches. There is no doubt that this is a team that shows up on LAN, but how well they do will depend on if the entirety of the team can come together and play well. While GuardiaN can usually be counted upon to perform, it seems like often either seized or starix plays well while the other does not. starix in particular has been very lack-luster as of late, and it has been suggested that this could be the end of the road for him in Na’Vi if things do not go well. With a lot on line for both the team and individual players, Na’Vi will have to elevate their game if they want to progress far and challenge the top teams. Considered by many to be the definitive number one team in the world, fnatic are the second seed, following their quarterfinal exit against Team LDLC at Dreamhack Winter in a series that was filled with controversy. This time around, fnatic will be looking to bounce back from their early exit and prove that their loss was a fluke. With each player of fnatic capable of exploding and carrying the team at any given time, it will be up to pronax to ensure that the team does not get too overconfident. With such a strong lineup of skilled aimers, it would not be surprising to see this team go home as champions. The Australians are back at another Valve major as the group’s third seed, having previously competed at EMS Katowice and ESL Cologne. Vox are looking to use their experience at past majors to improve upon their placings: both times they failed to win a single game. It will not be any easier this time around, especially with Na’Vi and fnatic in their group. AZR and jks are two players who will need to play very well for this squad to have a chance of winning a game, let alone making it through to the quarterfinals. While they did play well in the qualifier, the opposition this time around is much stronger than a weak mousesports and a 3DMAX that had allu calling. Vox will have to pull out all the stops if they want to finally find their elusive first victory at a major. The final seed in the group, Flipsid3, are the former dAT team who participated in ESL Cologne. This time around, they feature a different lineup, with former player flamie and Adren leaving for Hellraisers. Filling in for them is markeloff, and DavCost. DavCost himself is only a stand-in for the team, as star player s1mple is unable to attend due to being banned by ESL for attempting to circumvent a ESL ban. Even without s1mple, Flipsid3 are a well-disciplined team captained by in-game leader B1ad3. Although at times it seems like they are too reliant on the AWP of WorldEdit, there is no question that when WorldEdit is hitting his shots, Flipsid3 are a team that can compete with the best. It will be a tough ask to overcome Na’Vi and fnatic, but as long as DavCost does not perform too poorly, and WorldEdit plays well, Flipsid3 is a team that could perhaps cause an upset within this group.

Na’Vi face Flipsid3 in a match-up between two of the top three CIS teams. Flipsid3 will be without star man s1mple, leaving WorldEdit as the main threat for Flipsid3. WorldEdit will need to at least keep up with and probably outperform GuardiaN for Flipsid3 to take this game. Both teams have comparable fraggers, but there is a big question on how DavCost, Flipsid3’s stand-in, will perform. He did an admirable job at the qualifier as the statistically second-best player on the team. With the stakes even higher, how he performs will also play a part in determining the victor of this match-up. Both teams are definitely underdogs compared to fnatic, although it is important to note that Na’Vi did defeat fnatic in a best of one at ESWC. Vox should be an easy matchup for both teams, although Flipsid3’s recent online inconsistency in terms of their ability to either dominate their CT side, or completely fail could be a factor that Vox can exploit. In any case, with fnatic being potential opponents, it is likely that only one of these two teams will be leaving the group.

Vox may be one of the unluckiest teams in the tournament, as even with a higher seed coming from the qualifier, they still have to play fnatic. On paper, it is hard to give Vox any chance at winning – the gulf in quality between the two teams is simply too large to overcome. For Vox to win, multiple players of fnatic would have to play really badly, and multiple Vox players would have to have the game of their lives. Moving on to the second matches, Vox realistically has a slight chance against Flipsid3, due to Flipsid3’s inconsistency. Vox in the qualifier did well in taking advantage of allu underperforming, and should WorldEdit struggle, then there is a chance the Aussies could take a game versus them. However, as is the case with fnatic, Na’Vi is a team that is probably too strong for Vox to defeat. No matter who fnatic face, they will be the favorites. For them, it is just a matter of playing consistently and not being too overconfident. They will not make the same mistake they made at Dreamhack of losing in the group stages. This group is fnatic’s to lose. When looking at fnatic’s lineup, it is hard to pick out a single player and say that there is someone that fnatic has to have perform for them to win. But there is a man who they will need to return to form if they want to win it all, and that man is flusha. Over the course of 2014, and especially in the middle of the year where fnatic were the undisputed number one team in the world, flusha was playing some incredible CS. Recently though, his form has dipped, with an average rating of 1.00, down from his career average of 1.11. At MLG Aspen, he played very poorly with a rating .83, and even at iOS Pantamera, a tournament that fnatic won, he only had a +8 kill differential over 10 maps for a rating of 1.04. While against lesser teams, fnatic can afford a mediocre flusha, against teams such as NiP, EnVyUs, or even Na’Vi, fnatic will need flusha to play at his 2014 level. When considering AWPers from the CIS region, it is easy to forget that among the likes of s1mple and GuardiaN, there is a third man who also happens to be quite good at what he does. That man is WorldEdit. He had an insane qualifier, carrying Flipsid3 through to Katowice, going 1.30 over three maps (which included a loss). In the decisive game, WorldEdit dropped 28 kills over only 19 rounds for a rating of 2.30. When Flipsid3 are at their best, WorldEdit is playing a large role in picking up kills all over the map. Compared to the qualifier, WorldEdit could face two of the top five AWPers in the world, in JW and GuardiaN. WorldEdit will be challenged by these two and how he performs will determine how Flipsid4 does. If Flipsid3 are to make a deep run at Katowice, WorldEdit will have to play a large part in taking them there. While GuardiaN is always seen as the man to put Na’Vi on his back, Edward is a player who may not necessarily get the recognition he deserves in terms of how important he is to this Na’Vi team. It is easy to think of Na’Vi as a one man team relying on GuardiaN, and a lot of the times, Na’Vi are very reliant on GuardiaN to carry them. That being said, when Edward too is playing well, Na’Vi are a tough team to stop as it allows the other three to play more freely knowing they have backup. Historically, Edward has been the team’s best player at all of the majors, better than GuardiaN. When he struggles, his team struggles. There is no doubt that Edward is one of the top players in the world, but he will need to be consistent this tournament for Na’Vi to progress. Even if this seems like GuardiaN’s team to carry to the quarterfinals and beyond, Edward is unquestionably a player that has to support him for Na’Vi to be able to compete with the best teams.