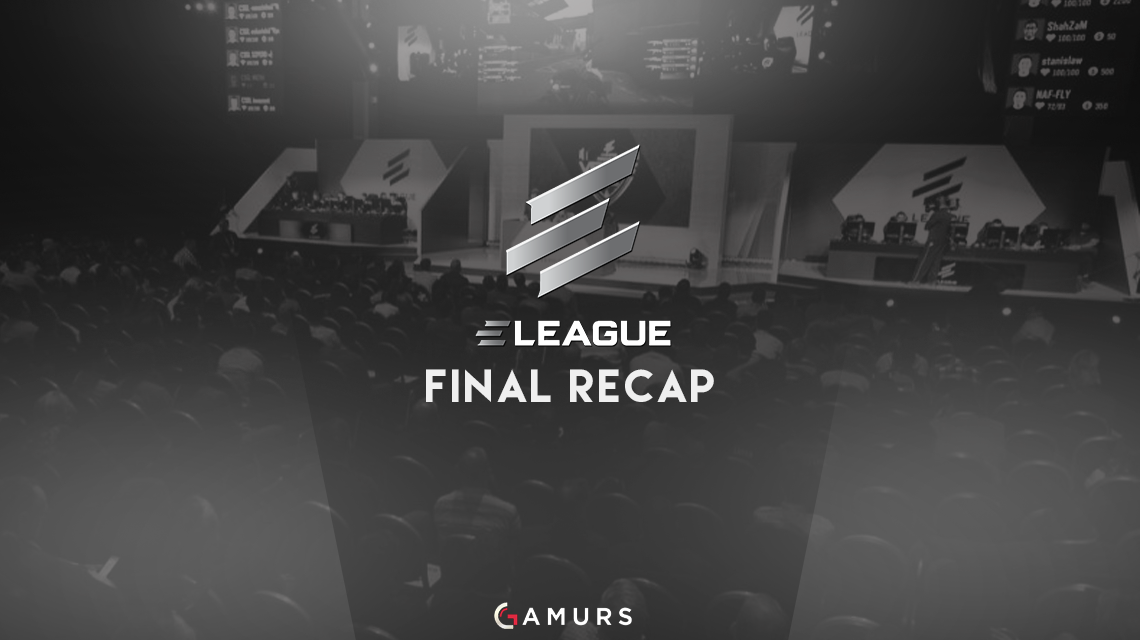 As another week of Turner and WME|IMG’s ELEAGUE came to a close, Ninjas in Pyjamas took the top spot in Group B over G2 esports.

NiP, legends from Sweden, brought their A-game against the French G2 esports. Throughout the week, the teams also played two North American teams, OpTic Gaming and Selfless Gaming. Here is the quick rundown of the Group B Finals:

The first map was Cache and NiP’s pick. At first, G2 esports was strong in the early five rounds of its Counter-Terrorist half. However, the hungry Swedish team came back and took control for the rest of the first half. Ninjas in Pyjamas only allowed four more rounds to be taken by G2 esports after the half switch, which brought the final score to 16-9 in favor of NiP.

On Train, G2 esports’ map pick, NiP took control early and held onto it throughout the map with a solid 12 rounds on the team’s Terrorist side. The French team went into the second half with only three rounds to their name, which made it hard for a comeback. NiP didn’t allow G2 esports to secure any rounds in the second half.

Overall, G2 esports had solid individual play, but as a team they lacked unity throughout the two maps. As NiP rolled over its competition, it came as a shock as G2 esports had not given up a game to any team, including the Swedes, during the rest of the week.

The strategy and patience were key to NiP’s success in the Group B finals. The team looked cohesive and like the players had prepared for their matchup against G2 esports. NiP has now earned one of the group winner spots in the final playoffs at the end of this ELEAGUE season. G2 esports will have another chance in the last chance qualifiers in week eight, which will be comprised of the six group runner-up teams and two teams that received 3rd or 4th and accrued the most points.

To check next week’s schedule and the current standings for ELEAGUE, you can visit the event’s website. You can also tune in during the week on ELEAGUE’s Twitch.tv channel to catch the matches, but to get analyst and caster commentary, tune in on your provider’s local TBS station. Make sure to follow @GAMURScom on Twitter to keep up with live events and esports news.