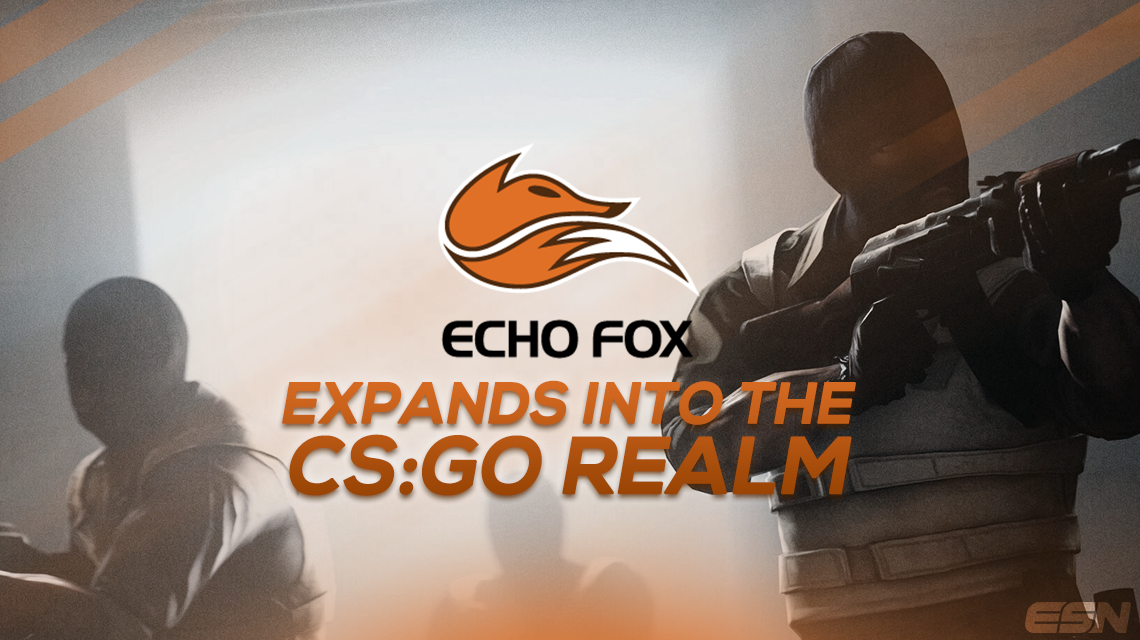 “My vision for Echo Fox has always been much larger than League of Legends. League is clearly a key component and a great starting point as the most played PC game in the world, but I am building what I intend to be the preeminent eSports empire”

Fox also told ESPN that he wants this team to qualify and be a leading team in Turner’s upcoming ELEAGUE.

On his stream, m0E has been frequently stating that he has to be “TV ready if you know what I mean” for some time now, and now we know why.

The full team aside from sgares and m0E is Armeen “ a2z” Toussi, Try “ tck Martin and Ronnie “ ryx” Bylicki.

This is just one of many expansions made by organisations recently, with OpTic branching into CS:GO and Luminosity opening up a Call of Duty team, so our question is who do you think has made the best move? Let us know in the comments below and follow our Twitter – @eSportsNation for all your gaming news.