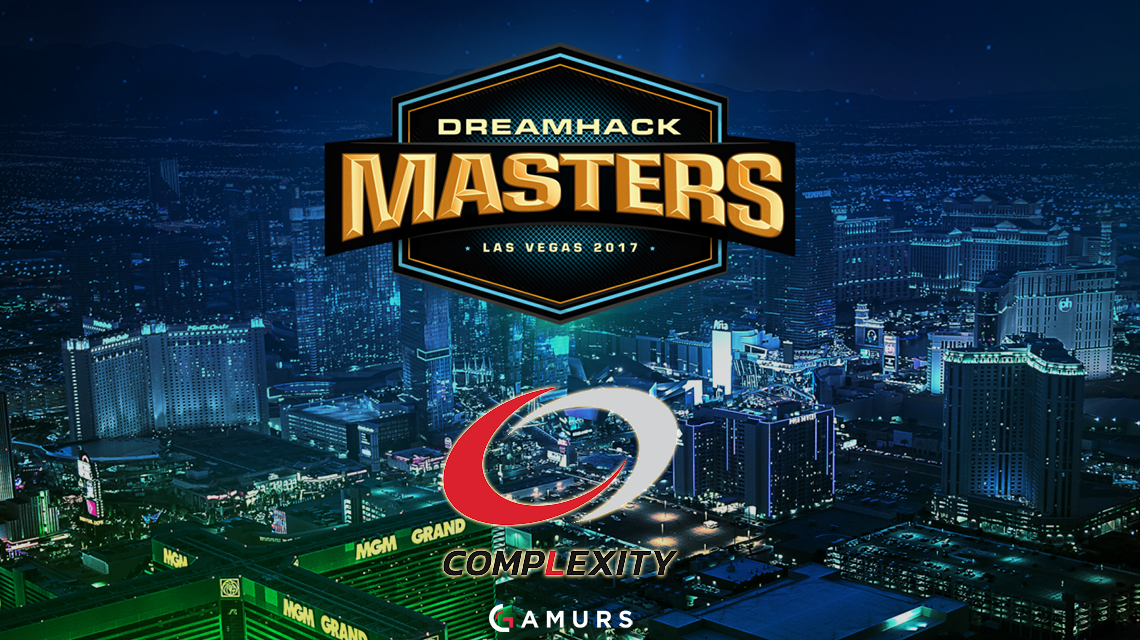 We spoke with Derek “desi” Branchen, Rory “dephh” Jackson and Michael “Uber” Stapells of compLexity gaming a day before DreamHack Masters Las Vegas begins. Hear what they had to say about the tournament’s structure and teams, the recent addition of Inferno and more.

When Inferno was announced as coming back into the map pool and Dust II was removed, how did you and the team react to the new map pool? Did you think it helped or hindered you?

Uber: “I think we definitely benefited from the change. Our Dust II wasn’t really that good to begin with; we had a lot of executes down and such but they usually didn’t work out. I think Inferno coming in was super beneficial for us and from what we’ve done so far it’s looking like a pretty solid map so we’re excited to see where it goes.”

dephh: “This tournament I feel like it will be a ban. When Nuke came back in it was a ban for a good month before people started playing it. It really depends on the bootcamps the teams had and if they tried it. The map is very similar to the old version and not much has changed. It has the same smokes, the same meta-game, the only difference is the CT and T spawns, the map has not changed one bit except visually. So, I could see it getting played, we’re not scared of playing Inferno; it’s one of the maps we practiced and hopefully we can take a map off someone with it.”

With the switches that happened before this event do you feel like there’s a team that benefited the most from all these changes? Was there a clear favourite, such as Fnatic re-uniting or G2, though they aren’t here, for building the French superteam?

desi: “I would say Fnatic reassembling is an eye-opener and it’s really nice to see because they were the best team in the world for a while, I don’t know why they even decided to break up in the first place. I think with them back together they can start off where they left off and keep winning like they were.”

You’re playing Astralis in the opener, with them and other teams in the tournament playing in the Major but you guys not doing so, does this benefit you in a way, as you can see how a lot of teams looked at the Major from demos, whereas you guys are more of an unknown quantity. Do you think this will help you out in this event?

Uber: “I think it definitely will help us out. Being an unknown quantity or an underdog in a sense can almost make teams underestimate you and not watch your demos as closely as they should and not analyse your team and map pool as closely as they should and as a result we could get an advantage from that. Obviously [Astralis] are the best team in the world and they’ve won multiple tournaments and we have to respect that, but I do think we have a decent advantage in terms of being the underdogs so hopefully we can make something happen.”

This event uses the more common GSL format. Do you think this system is better than the Swiss format, do you have a preference between the two?

dephh: “I’m a fan of the Swiss format because best-of-ones are random. Teams like us, best-of-ones are good. Going into Astralis we veto their strongest maps so like Mirage, but Astralis have such a deep map pool it doesn’t really matter what you take out. But if we take out a Mirage and maybe get them on a Nuke or maybe something new,like Inferno, we really do have a chance. Best-of-ones are kind of random but always the best team make it through, so essentially it’s not that random. Best-of-ones for teams like us, coming into here as underdogs, are good for us. The Swiss format would be much harder having to play every single team.”

Overall, in this tournament, as it such a high level of competition, how do you think you’ll fare in it? Do you except yourselves to make playoffs, or do you think it will be tough with your strong group?

Do you expect Inferno to be played much at DreamHack Masters Las Vegas? Let us know by tweeting us @GAMURScom.

The author, Cam “clootch” Brierley, can be contacted on Twitter @clootch_cs or by emailing [email protected]