The planning of a prank call that ended up closing Colorado schools Wednesday has been caught on audio.

The audio clip includes the voices of two men who can be heard calling in a hostage situation to the office of Jordan “Kootra” Mathewson, the founder of a popular gaming group called the Creatures. That call in turn brought a SWAT team in full force to the office. Twitter users @ScrewPain and @spiky have claimed responsbility for the prank, and are identified in the description of the video as the perpetrators. Mathewson was streaming a game of Counter-Strike on Twitch when the police barged into his home.

In the call, one of the pranksters, who claims to have ‘ADHD’, says he’s shot his father with a rifle and is holding his mother hostage. Below is the 8:36 long audio clip. The prank call begins at about the 4 minute mark.

At one moment in the audio one of the men mutters “I’m Lizard squad” which is the same name of the group that levied a denial-of-service (DDoS) attack against the PlayStation Network (PSN), Riot’s League of Legends, and, late yesterday, Twitch. And the end of the call, the men start discussing the DDoS attack against Twitch.

The ‘swatting’ prank Wednesday resulted in schools near Littleton being placed into lockdown.

Lots of people evacuated as a precaution in Littleton situation: http://t.co/bKKkoblGHE pic.twitter.com/EhVOC9nFdb

One of the Twitter users claiming responsibility for the prank @ScrewPain, says claims he was detained by the FBI and held while the agency performed a background check. While in a cell, @ScrewPain claims to have had access to a cell phone which he used to correspond with a Denver reporter. Their conversation was captured through screenshots and uploaded to Imgur. Keep in mind, there’s no evidence he was actually detained, and refused to provide a photo of the supposed jail cell. 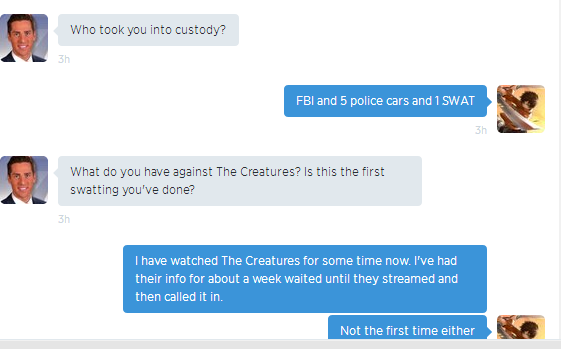 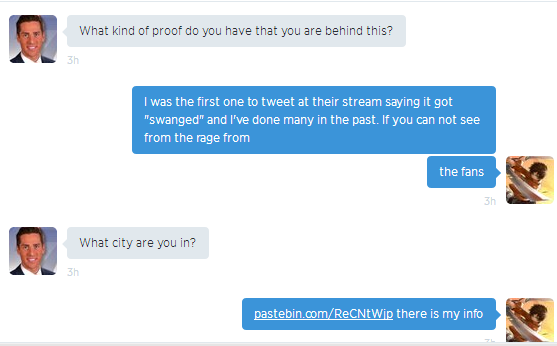 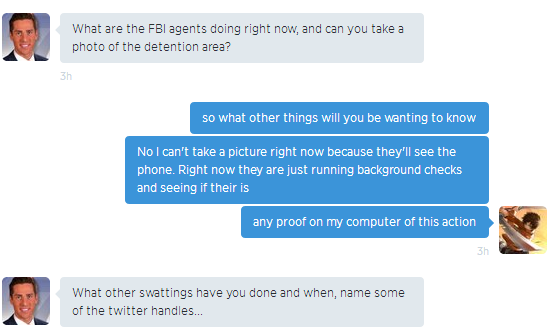 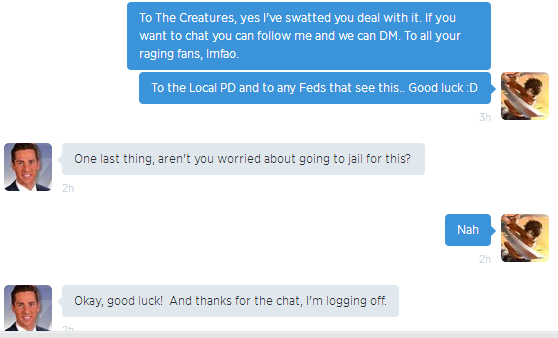 This is what the swatting prank looked like from Mathewson’s perspective.

Photo by andriuxuk/Flickr (CC BY SA 2.0)