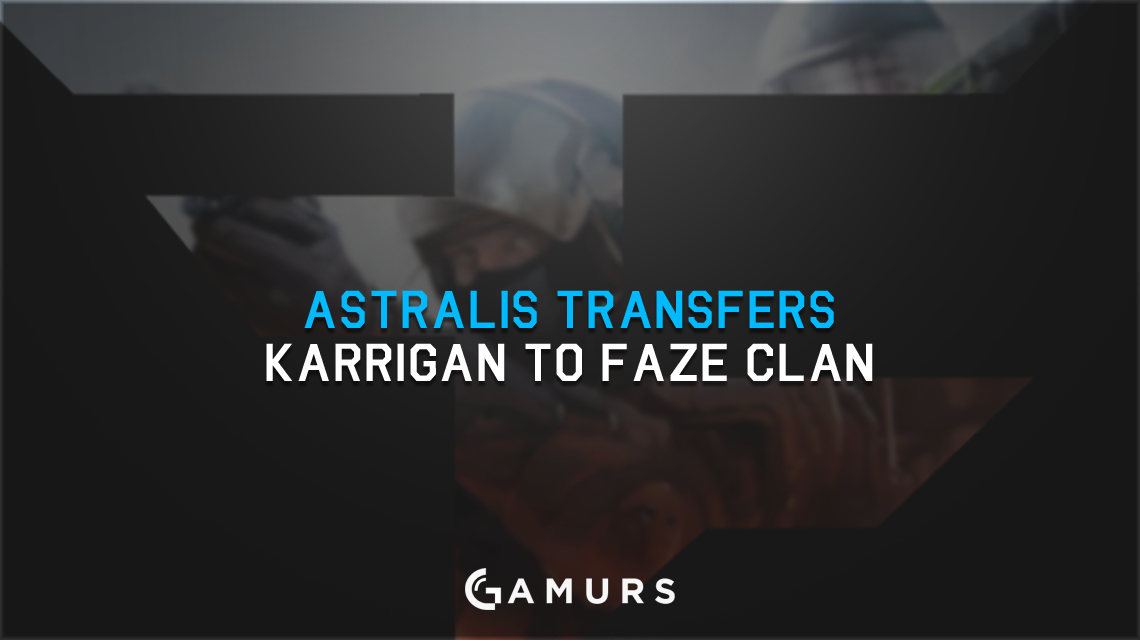 On Wednesday, Astralis announced the transfer of Finn “karrigan” Andersen to FaZe Clan for an undisclosed fee.

Just a week ago, Astralis announced that karrigan would be put on the bench in favor of 16-year-old Anton “notaN” Pedersen. Two days later, notaN was released from the organization.

“Today I’m starting a new chapter in my CS:GO career,” karrigan said in the press release from Astralis. “I’m changing from Astralis to FaZe after nearly 2 years with the core players from Astralis… It’s with mixed feelings that I depart from Astralis, but I think it’s a fresh start for both parties.”

The change comes off of a rough few months for Astralis, as the team has failed to meet expectations time and time again. Astralis has not named karrigan’s replacement, but FaZe has already announced karrigan’s role on the new squad.

A founding member of Astralis, and the team’s in-game leader, karrigan will take Fabien “kioShiMa” Fiey’s spot on the FaZe roster and become the in-game leader for the squad that has been lacking direction.

“This team is very talented and I’m here to win titles, I believe we have very good mix of players, therefore this was a easy choice to team up with FaZe,” karrigan said in FaZe’s press release.

The new FaZe lineup debuts on LAN in just two days in the ELEAGUE Season 2 group stage, facing off against mousesports, Immortals and Cloud9. The squad has almost no time to practice, but karrigan does not seem worried.

“With only 1 day training, we will improve for every game we have and I will lead the team as good as I can,” karrigan said. “I believe in this project, so does the FaZe org and the players.”

The new FaZe lineup is as follows:

The team’s first match together on LAN will be in two days, against Cloud9.

Who do you think will take karrigan’s spot on Astralis? Did FaZe make the right move picking him up? Let us know your thoughts in the comments below or tweet us @GAMURScom.