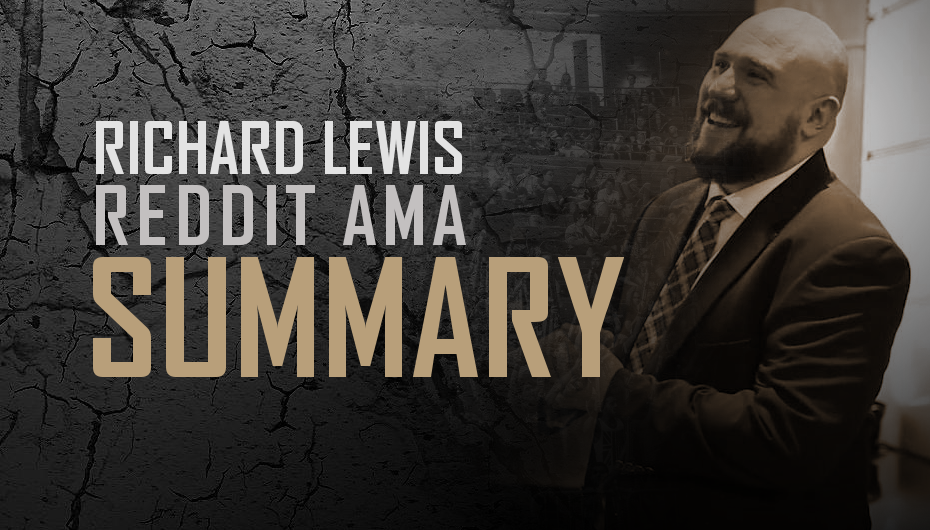 Richard Lewis and theELEAGUE team recently opened up a Q&A on theCounter-Strike: Global Offensive subreddit. I havegathered and categorized the questions and answers given below forthose who wish to read about a certain topic, or find an answer toa certain question.

Richard as the host and face ofELEAGUE:

Richard, despite previouslystating that he did not want to be the face of ELEAGUE, has beenadapting well to being the host. He is starting a dieting andexercise regime, but with the amount of time he has spentresearching and using his computer, it has been difficult to keepup.

Turner has been extremelysupportive, allowing him to continue to make his own content andappearing on radio shows. Turner also picked Richard for his “naturalwit, good looks, and roguish charm.” This was definitely not ananswer provided by Richard.

On Season Two of ELEAGUE:

Season Two was already greenlitbefore Season One began, and Turner is already in the planningstage for it. Whilethey are looking at other games, there are no plans to replaceCounter-Strike.

For us, it is about the engagement with our content across allplatforms and ELEAGUE is performing very well in this regard.

Richard provided a number of metrics concerning ELEAGUE’sperformance by week three, which can be found here.

Announcements of possible newteams attending will be made during Championship Weekend,and Atlanta will remaintheir base of operations. Richard loves his moving desk too much togo elsewhere.

They have received a lot offeedback, and will be looking to improve in the future. Theyalready have ideas internally they hope to put in for the nextseason.

They would be honoured to host amajor and to have the opportunity to represent and showcase thegame with such a large tournament and at such a scale; however,they do not receive any special benefits just for being Turner, andmust go through the same channels as others to try to obtain amajor slot.

Richard is currently writing acolumn for the ELEAGUE website on viewing numbers and their effecton Counter-Strike. He states that the foundation of Counter-Strikewas never about gambling, and though viewers will drop across theboard, it will give us an opportunity to hook others into the gamethat would actually be interested in it.

When Richard first arrived atTurner, they advised him not to do shows in case he created a badimage for the company. After talking to them about it, they had noproblems allowing him to continue his work in order to maintain hispresence and credibility.

Turner complies with UnitedStates laws in regards to gambling, and will distance themselves ifanything improper is happening in or around theirleagues.

They have always planned to, andwill, review the rules they have in place at the end of the seasonand modify them as necessary. They are trying to give equalopportunities to players, fans, and organisations to feelincluded.

They felt that the Luminosity/SKsituation was their biggest learning experience in regards tooperation, and they are going to be mindful of that as they revisethings for season two.

They tried to find a healthybalance between satisfying those familiar with Counter-Strike, andthose who had never seen it before. They feel that they have founda healthy balance, but they are still looking on ways toimprove.

The use of the word “Terrorists”was discussed briefly, but Turner did not want to dilute theauthenticity of the game in any way.

Thanks to Richard Lewis and theTurner/WME-IMG/ELEAGUE team for this Q&A.

The contents of this articlecontain paraphrased answers provided by the “ELEAGUE_Official“Reddit account.