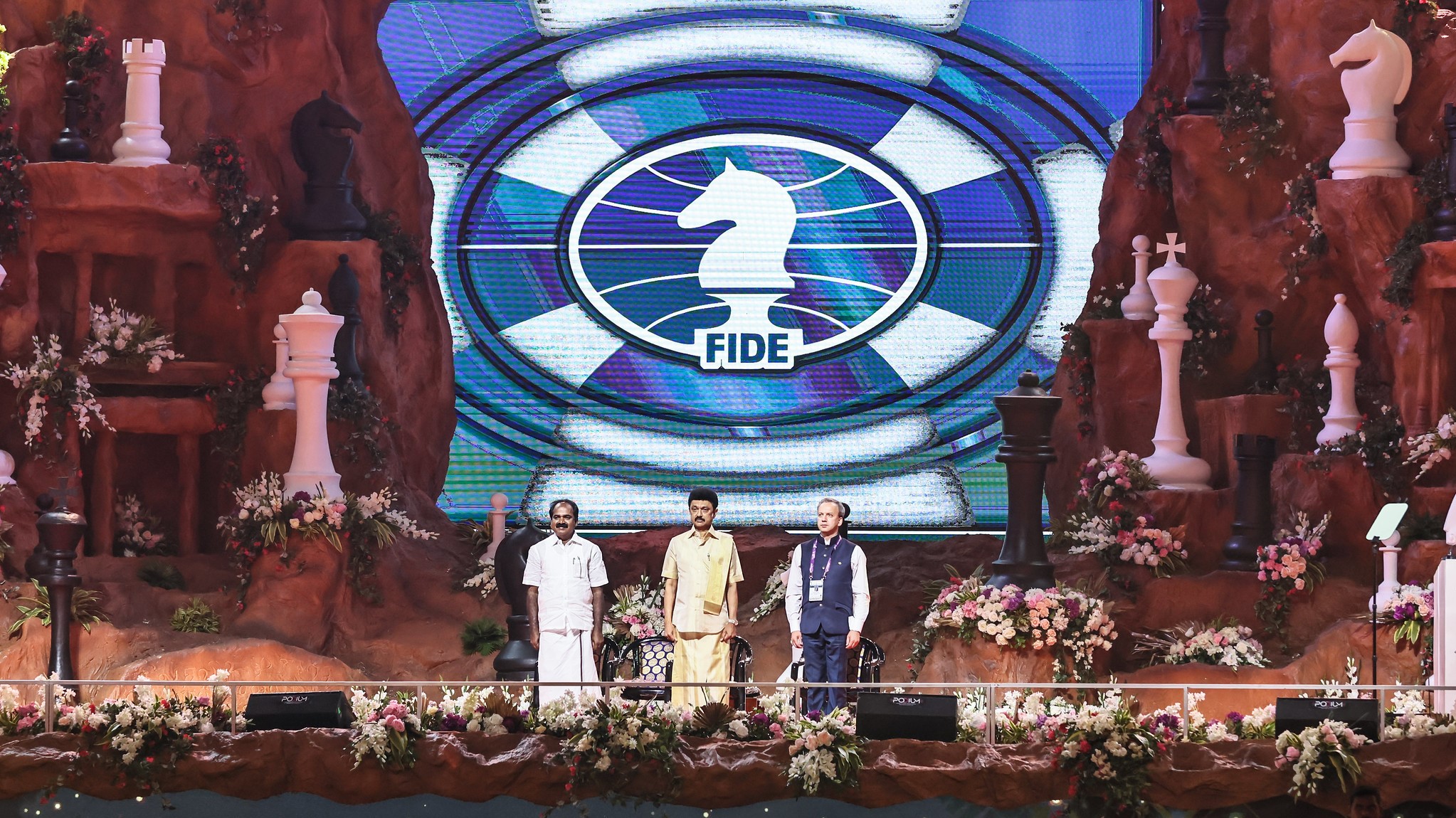 Photo by Mark Livshitz via FIDE

The 44th Chess Olympiad has closed the books on the opening two rounds. Though there have been individual games with massive upsets and strong performances from lower-rated upstarts, the big names and the tournament favorites have all performed according to expectations.

This is in part due to the way the Swiss system is designed: in massive brackets like this one, which features over 1700 players and 188 teams, the list of teams with the same score is cut in half, and the team on the top gets to play the one that’s just below the halfway line, providing a significant advantage. (Taking a 48-team bracket as an example, they’d face the 25th-rated team; similarly, the second-placed team would get to go up against the 26th.)

This means that any early loss can be hugely damaging, and the action will heat up later down the line as we separate the wheat from the chaff. The top teams will go up against each other at some point, but it will be much further down the line in this 11-round affair.

Carlsen’s back, back again

Fans may have been surprised by the absence of the world’s best player (who will no longer be the world champion soon) in round one for the Norway team, but it was all planned. Carlsen would arrive at some point, but not necessarily for the first few rounds. Since his team brought along a fifth player for the four boards, they’d always have a reserve slot available, one he was apparently more than happy to take for the initial round.

In Round 2, he served a classic Carlsen victory against 2613-rated Georg Meier on the top board, grinding down his Uruguayan opponent in a marathon endgame. The players went for a rare (and quite drawish) sideline in the French Defense and entered uncharted territory on the move 13.

Instead of dealing with the complications of the isolated pawn, Georg fixed Carslen’s structure by maneuvering his knight to capture the bishop on e3, allowing White to recapture with the f-pawn. Soon, the minor pieces fell, and Carlsen found a free pawn after a complicated tactical line. However, it came at the cost of trading off every piece but the queens, leaving Carlsen with just a very minor advantage.

It was likely a technical draw with perfect play, but this is precisely the sort of position Magnus excels in: move after move, hour after hour, he kept asking questions of his opponent, and all it took was a single wrong answer deep into the match (and low on time) for him to capitalize and snatch the full point. This impressive victory capped the Norwegian team’s 4-0 victory over Uruguay: as one of the pre-tournament favorites (in light of the absence of Russia and China), they advance to Round 3 with a pristine 2-0 record.

The United States and India’s top teams also lived up to expectations in the first two rounds, scoring wins in their first two rounds, albeit in very different circumstances. The pre-tournament favorite United States team started with a dominant win over Angola before getting into hot water against Paraguay. Three draws and just a single victory could have gone very differently for them.

That said, the win they did get was nothing short of dominant. On table 3, Leinier Dominguez Perez crushed 2451-rates Cubas Jose Fernando in the Sicilian Defense, ending the game in just 31 moves. On move 21, the often correct f5 advance by Black turned out to be disastrous, opening up the floodgates for White’s forces all across the board. First, it was the queenside that fell apart, then the center collapsed, leading to an end position where Leinier’s dominance was quite striking visually:

Notable upset victories include Bulgaria’s 3.5-0.5 win over Croatia despite the 46-rank gap between their teams and Zambia’s triumph over Denmark. The team of international masters held down the fort against Grandmasters as FM Nase Lungu and scored an upset victory on board 4 to decide the match.

Meanwhile, all three of India’s teams have won their first two rounds, and seeing whether the supposedly lower-rated squads can overhaul the number one team remains one of the most exciting storylines of this event. The host nation’s top side won 4-0 against Zimbabwe and then 3.5-0.5 against Moldova to set up a round 3 clash with Greece. With 45 different teams on a 2-0 score, it will still take a few rounds for the elite to break away from the pack. Such are the realities of playing on this kind of massive field.

In these opening rounds, the favorite teams also held strong in the women’s section, and in some instances, the dominance on display was nothing short of incredible. With 40 different teams on 2-0 scores after the first two rounds, it’s too early to predict anything here. However, the brackets set up a highlight-worthy clash between England and India for Round 3.

The Swedish side, featuring the Cramling family, is among the many teams with a 2-0 record. Still, not many can boast a 9-move victory at the event, which is exactly what happened in the second round between Knarik Moudarian and Pia Cramling:

The reason 9. f3 was a game-ending blunder by the 2121-rated Lebanese is fairly easy to spot: after Bxh3, White cannot actually recapture with Bxh3 since that would relinquish the defense of the now-weakened f3 square, allowing Black to take the pawn with the knight, forking the king and the queen in the process. At this level, the early loss of a piece with no compensation is more than enough to resign – and the computer’s assessment, a whopping -7.2, confirms White’s decision to do so.

There’s no time to slow down and take a breather: the only rest day of this event is on August 4, next Thursday. There’s a lot of chess to be played until then.