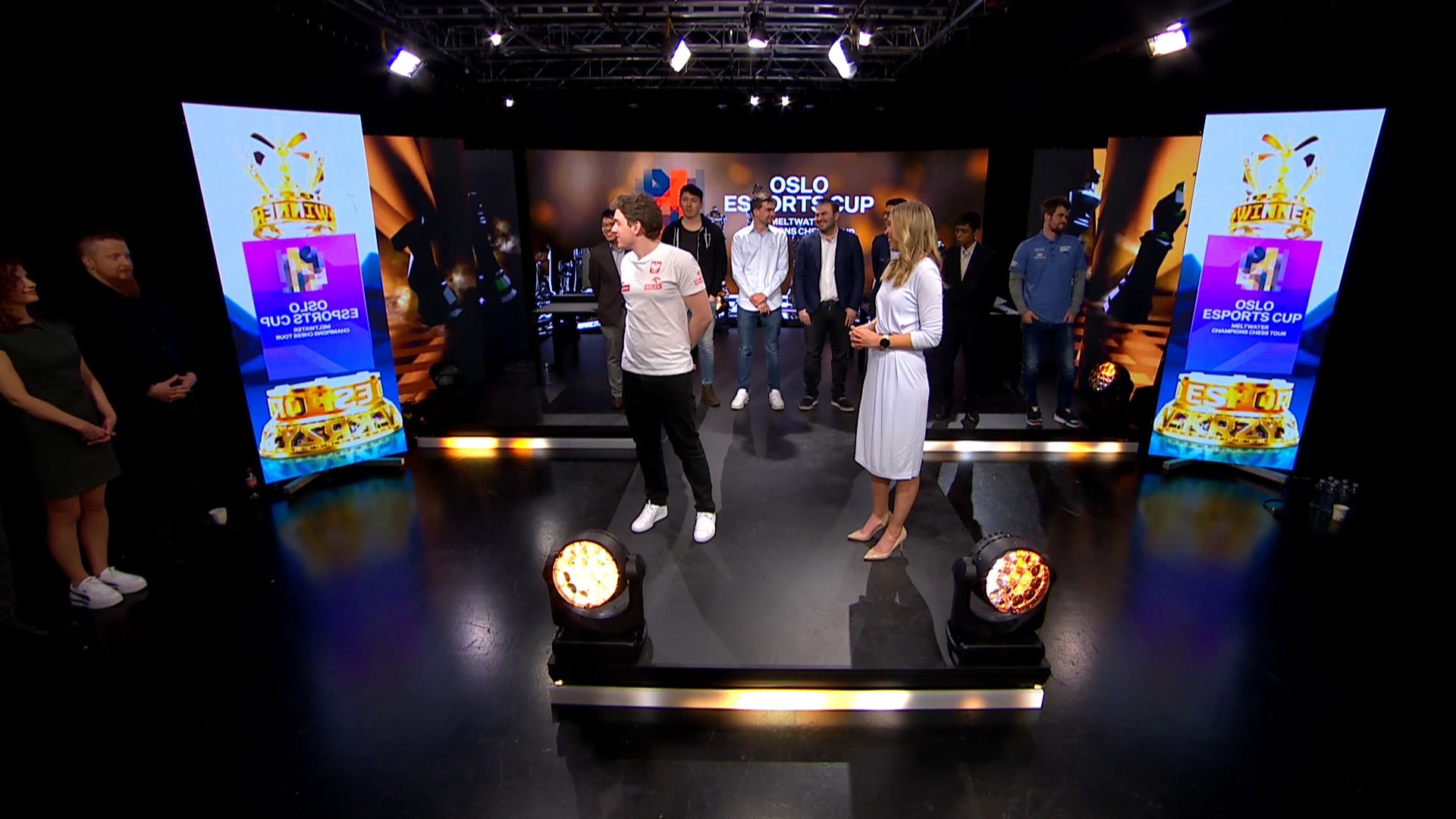 A topsy-turvy final day at the Oslo Esports Cup saw Polish GM Jan-Krzysztof Duda emerge as the winner in a crowded field of competitors.

Four of the eight chess players had chances to win the event heading into the final day, but a set of upset results meant that world champion Magnus Carlsen fell by the wayside alongside Liem Quang Le and Rameshbabu Praggnanandhaa.

The Oslo Esports Cup was the first Major event of this year’s Meltwater Champions Chess Tour, the third in the series, featuring four of the best-performing players of the tour joined by four wildcards in a LAN environment. To lean into the esports stylings of the event, the players still played the games on computers instead of over the board.

Going into the tournament, Carlsen was seen as the runaway favorite, with Indian wunderkind Praggnanandhaa emerging as another strong contender based on his performances in the early rounds. Unlike the last LAN event on the tour, the grand finals in 2021, this concluded with a bang instead of a procession.

Carlsen and Pragg were expected to fight it out between one another after a set of strong showings earlier in the tournament, but they both began to fade as the event was heading to a close, giving Liem Quang Le and Duda an outside chance to snatch the title from them.

The offline event was characterized by shocking moments of misplays from players you wouldn’t otherwise expect to commit such errors. Anish Giri had a brutal mouse slip-induced defeat, but the main culprit was none other than Carlsen, who’s been struggling with illness throughout the event and made elementary blunders on two separate occasions leading to immediate losses. First, he dropped a full rook in one move against Jordan van Foreest.

On the final day of play, he also left a key pawn undefended in a contested end game, self-destructing against Shakhriyar Mamedyarov in his crucial final match.

This, alongside a set of other surprising results, led to Duda’s emergence on the top of the pile, winning the event in spectacular fashion as the other three frontrunners all failed to win their matches. After Carlsen’s back-to-back victories at the Airthings Masters and Charity Cup events in the tour, he couldn’t make it three in a row at the first Major of the season. “I have no energy in my body whatsoever,” he said in a short post-match interview.

The next event in the series will be another “regular” online tournament, set to take place between May 19 and 26.