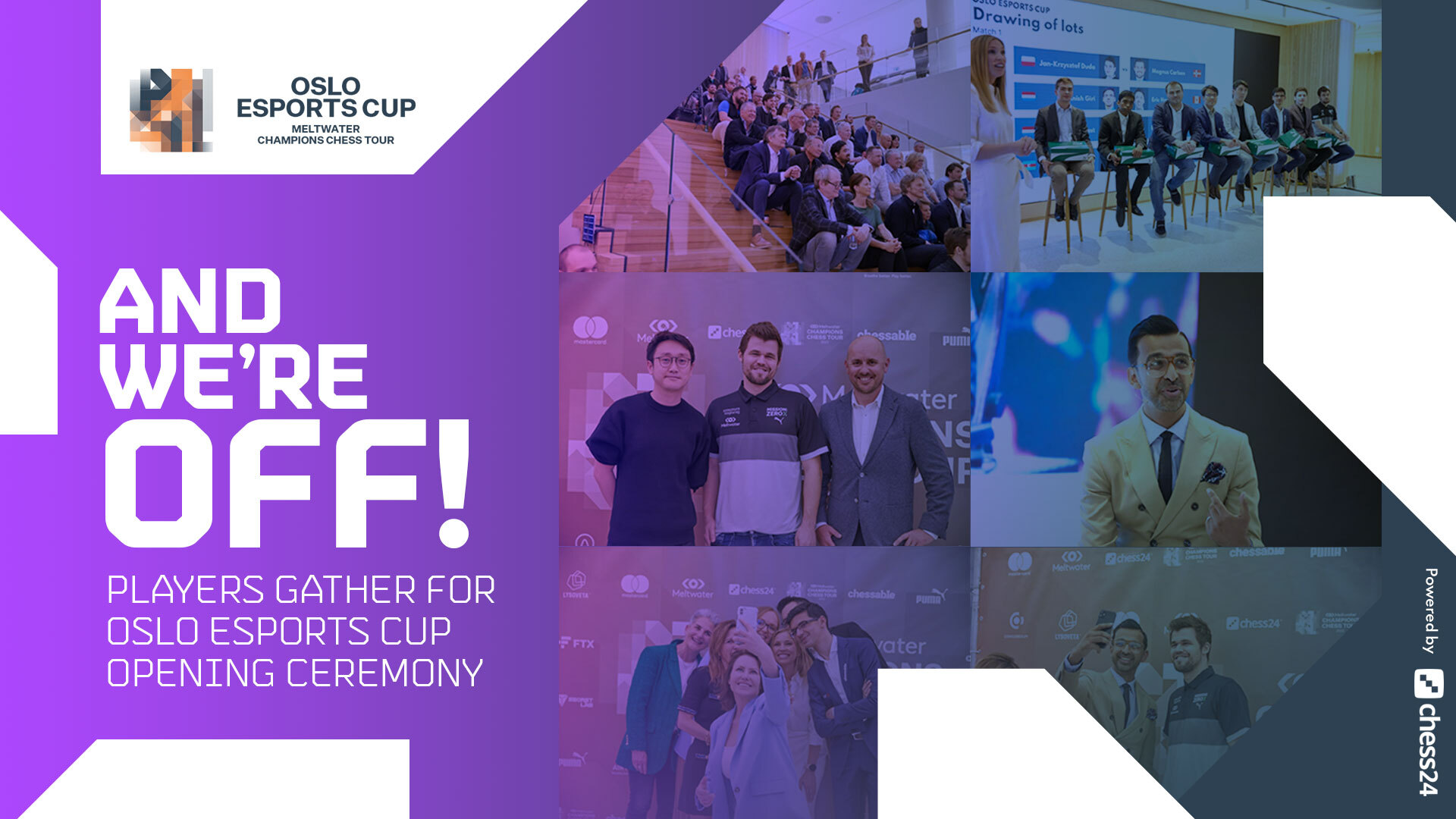 The next Meltwater Champions Tour event, the Oslo Esports Cup, is here. It is the first Major of the 2022 season held on location in a LAN studio, marking the first time in the competition when all participants will be playing from the same place, albeit still making their moves on a digital chessboard.

With back-to-back wins in the previous events, world champion Magnus Carlsen is the favorite. But the field is definitely strong enough to throw up a few surprises.

What is the Oslo Esports Cup?

The Oslo Esports Cup is the third event of the 2022 Meltwater Champions Chess Tour season, a series of online chess competitions originally conceived by Carlsen in the middle of the pandemic lockdowns to provide high-level competition for fellow grandmasters and fans alike. The event has become a worldwide phenomenon, ballooning into a multi-tournament tour. This season, the format has further evolved, featuring Major events along the season that are played in a studio environment. This is the first such tournament of the 2022 season.

The previous events in the season, the Airthings Masters and Charity Cup tournaments, were both won by Carlsen, marking his strongest start to a season yet. The best-performing players across the two events were invited to participate in Oslo, including four wildcards.

The event is played in a round-robin format (meaning each player will play everyone else), with each match taking place in the form of a series of four rapid games. If the score is tied after four games, two 5+3 blitz games follow, and if they still can’t be separated, the final step is an Armageddon game where White has five minutes while Black has four and draw odds (meaning White has to win).

Winning the match in the rapid portion will net you a clean three points, while a tiebreaker win gets you two and the loser still takes away 1. This is one of the few format changes made in the Meltwater Champions Chess Tour from last year to encourage more fighting chess and fewer draws.

What to expect from the tournament

As the global chess community is slowly turning toward the upcoming Candidates Tournament that will determine Carlsen’s next challenger (should he decide to defend his title again), every event and performance is viewed in light of how it impacts that all-important event. In this case, all eyes will be on Jan-Krzysztof Duda, who qualified by winning the FIDE World Cup, defeating Carlsen and Karjakin along the way. Fans will be curious to see his form, as well as his preparation and how much he is willing to reveal from it in this tournament.

Duda finished as the runner-up at the Charity Cup, losing to Carlsen in a hard-fought grand final, and he’s been one of the few players to consistently cause problems for the world champion in recent years. A deep run or a win here could bode well for him and his fans with regard to his chances to become the challenger.

The field has likely been scrambled by the ongoing Ukraine situation and the realities of the chess calendar. Ian Nepomniachtchi, Vladislav Artemiev, and Andrey Esipenko were all supposed to make it here based on their tournament performance but none of them will be present in Oslo. The same goes for Ding Liren, who was probably too busy racking up the requisite number of games to clinch the open Candidates spot after Karjakin’s ban.

That isn’t to say that their replacements are unworthy or uninteresting, though. Giri is the world No. 10 even after disappointing recent performances, Mamedyarov is No. 8, Van Foreest is No. 26, and Pragg, fresh off winning the prestigious Reykjavík Open, has been a standout performer recently.

This should be an exciting event at an interesting time for world chess, with a ton of games to watch from Oslo between April 22 and 28. The event will not have a rest day, so fans around the world can look forward to the non-stop action in the studio.