The victim killed Thursday night may have been “swatted.” 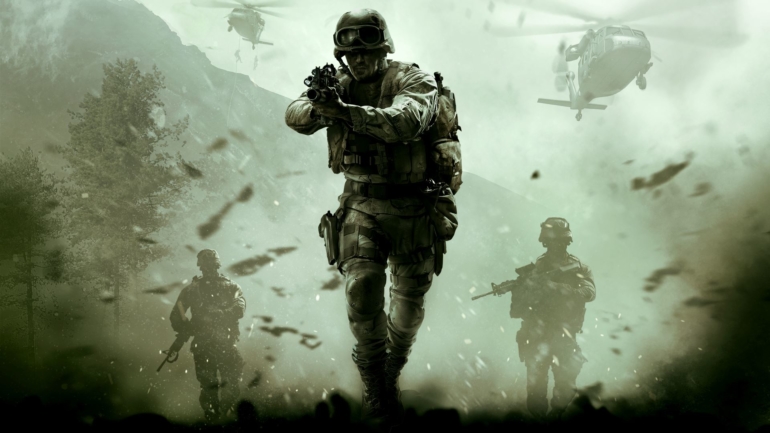 A Thursday night police shooting in Wichita, Kansas may be linked to a Call of Duty dispute.

Witchita police received a call at 6:15pm on Dec. 28 reporting a deadly hostage situation, according to local newspaper The Wichita Eagle.

“It was a shooting call involving hostages,” deputy police chief Troy Livingston told The Eagle. The original call, we were told someone had an argument with their mother and dad was accidentally shot. And now that person was holding mother, brother and sister hostage. We learned through that call that a father was deceased, and had been shot in the head. That was the information we were working off of.”

A 28-year-old man answered the door after police arrived and was shot by an officer. Livingston didn’t say if the man was armed. The officer who shot the victim has been placed on administrative paid leave, according to The Eagle.

The Call of Duty community is blaming a “swatter” for the shooting. Two gamers were allegedly feuding over a Call of Duty money match where some say there was $1 or $2 on the line. The Eagle reported that one Call of Duty player threatened another with a “swatting prank.” The other player gave a false address—allegedly the address where the 28-year-old man was shot by police—instead of his own.

The victim’s mother, Lisa Finch, who was present at the time of the shooting, blamed the police and the alleged swatting prank for her son’s death. “That cop murdered my son over a false report in the first place,” Finch said in a video posted to The Eagle. “My son was not a gamer.”

Finch added that her son was unarmed, and there were no guns in the house.

A document of the Call of Duty match, which names the two players allegedly involved, is available at daily tournament site UMG Gaming.

“Someone tried to swat me and got an innocent man killed,” the initial swatting subject tweeted, according to The Eagle. The two Call of Duty players involved in the incident have since been removed from Twitter.

Livingston told The Eagle that the police are currently investigating whether or not the call was a deadly prank. More information will be released during a 4pm CT press conference on Facebook Live. Dot Esports has reached out to Wichita police.

The Wichita shooting may be the first time a swatting prank has ended in death. Swatting has become prevalent in gaming and streaming communities. The situation is often a dangerous combination of confusion and chaos for both the police and the victim.