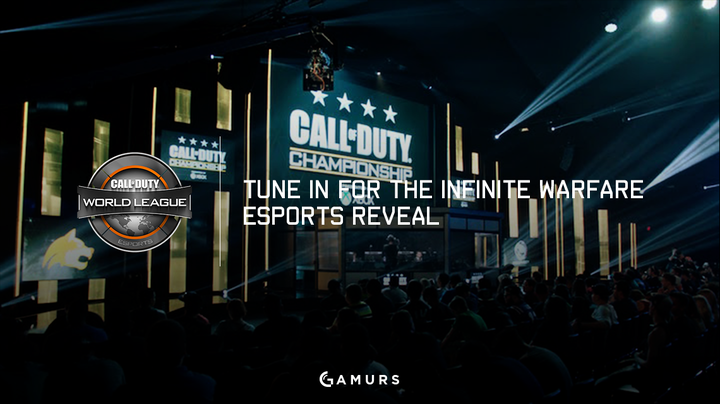 On Wednesday, October 26th, Infinity Ward will host a special presentation catered to fans of Call of Duty esports for their new game, Infinite Warfare. The live stream can be found at twitch.tv/callofduty at 2 pm PDT (5 pm EDT) .

According to the Call of Duty World League, a lot is in store for the esports reveal. Professional Call of Duty players from several different teams will be in attendance to showcase the competitive modes in the game, which, according to Activision, will be Hardpoint, Capture the Flag, Uplink, and Search and Destroy.

CoD IW Comp Reveal tomorrow at 2pm PST! Me, Felo, John, and Naga vs Attach, Loony, Faccento, and Aqua! Make sure you tune in!

Also, apparently in attendance are Cloud 9 players, but don’t count out other surprise guests.

The special event will also reveal a new map that was not played in the two-week beta, interviews with game developers, updates to the CoDCaster mode, and last but not least, event information.

Yesterday it was revealed that Major League Gaming will host the first Call of Duty World League event of the year in Las Vegas, Nevada. It will be a regionally locked event, meaning only North American players can participate. This news suggests a restructuring of the CWL and events in other regions are close to being announced.

More information will be revealed tomorrow, so tune in to twitch.tv/callofduty at 2 pm PDT (5 pm EDT) to find out!

Do you think the esports reveal will give us a good sense on how the Call of Duty World League will play out this year? Let us know in the comments or on Twitter @GAMURScom.