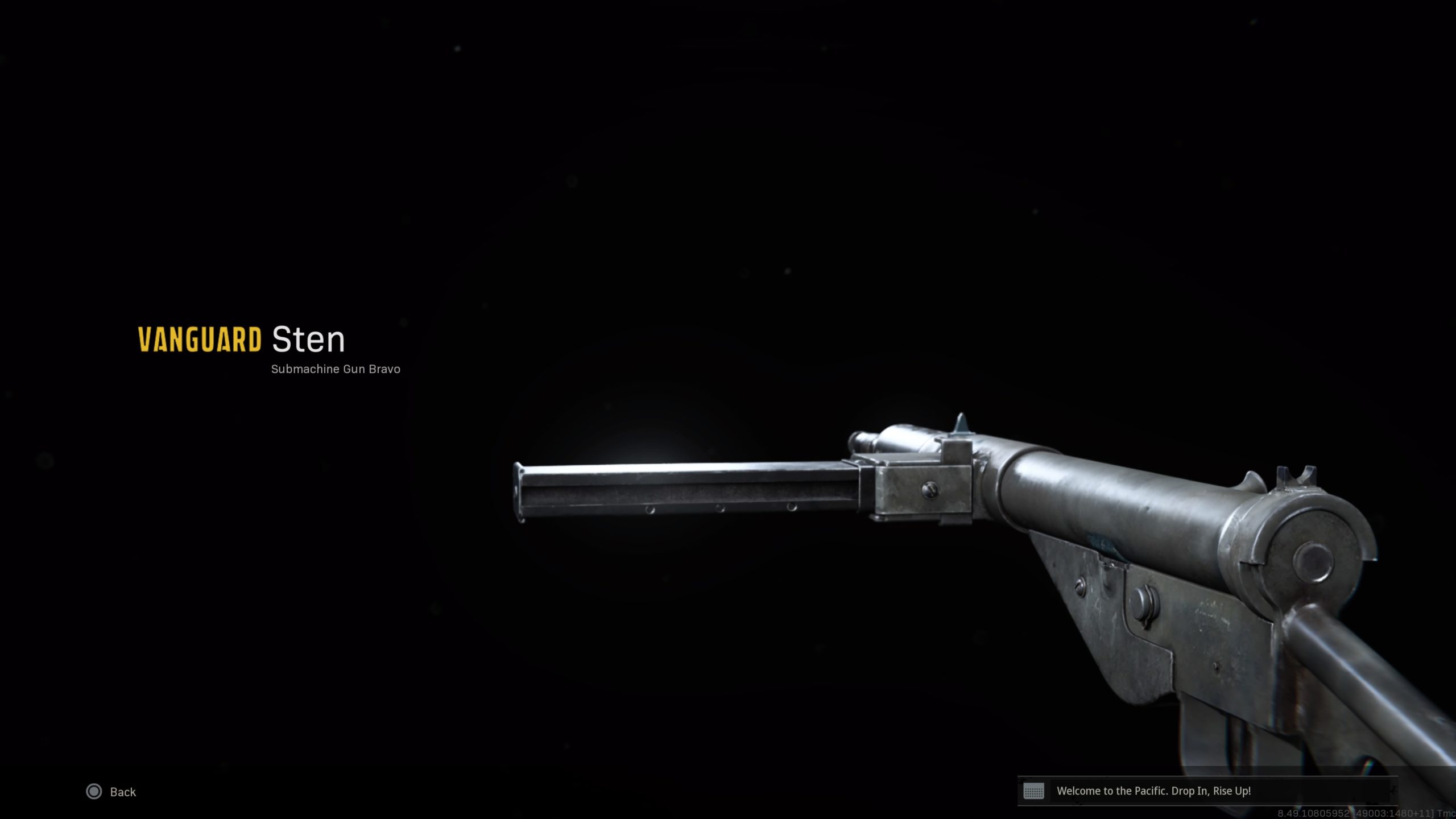 The Sten SMG has found its way into another Call of Duty title, this time as part of the Warzone Pacific update.

The side-loaded submachine gun was a mainstay during real-life combat during World War II. It was manufactured and used mainly by British forces during the war and has since gone on to find infamy in several WWII games that have been made since.

Vanguard is no different. And now, the Sten can be used in Warzone, too. Caldera isn’t so great for close-range weapons, but an SMG in the secondary slot for most loadouts is crucial for when things do lend themselves to CQC.

Here’s the best loadout for the Sten in Warzone.

The Sten was one of several new SMGs added to Warzone with its Vanguard integration as part of the Pacific update. A classic WWII-era SMG, the Sten needs some help from attachments in the Gunsmith to make it formidable on Caldera.

This build is all about speed and quickness. The Sten is one of the best SMG options in the game when it comes to mobility, allowing you to move quickly around Caldera. But its range is not great, so it should be saved for Overkill loadouts with a long-range AR or sniper rifle in the primary slot.