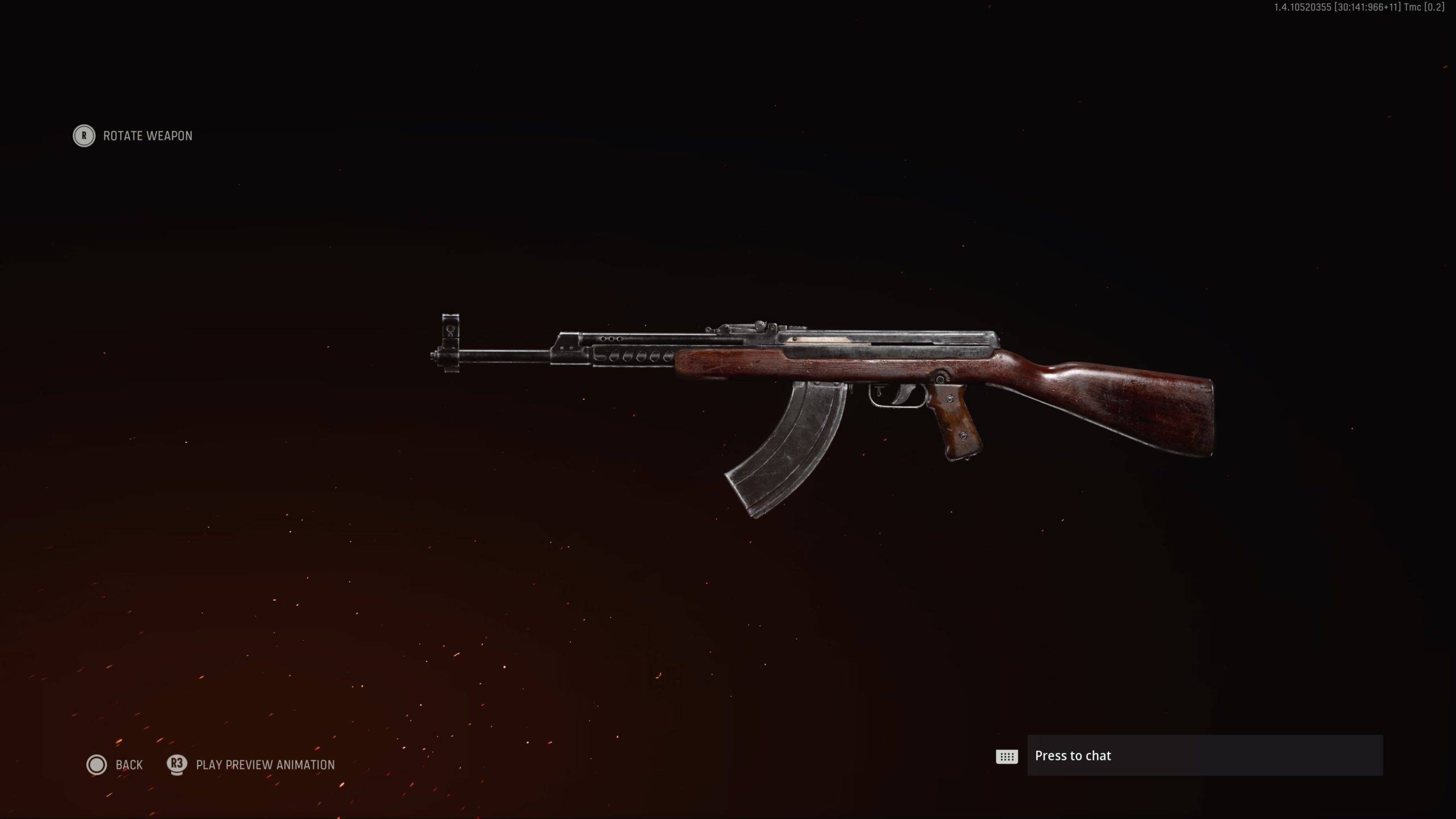 Call of Duty: Vanguard has several assault rifles to choose from at launch. The fifth unlockable rifle, the AS44, is a lesser-known gun from World War II—and it’s pretty unique.

The AS44 was an early design of an assault rifle, first created in 1944 by Alexey Sudayev, hence the moniker. It was produced in limited numbers during 1945, but its development came to an end when Sudayev died that year.

World War II was a great time to be a weapons designer, for obvious reasons. The AS44 was one of many, many rifles that were produced during this time period, but it never saw widespread usage. That may also be the case in Vanguard, too.

Here’s how to help buff the AS44 in the gunsmith in Vanguard.

Best AS44 loadout in Vanguard

This weapon kicks like a mule and burns through its magazine way too quickly. That’s not a good combination for an assault rifle, so let’s work on its weaknesses in the gunsmith. These attachments are a good start.

The AS44 needs a bigger magazine due to its fire rate and its damage, which is on the weaker side. These attachments will help with that along with buffing its accuracy, which needs some serious help at anything longer than mid-range.