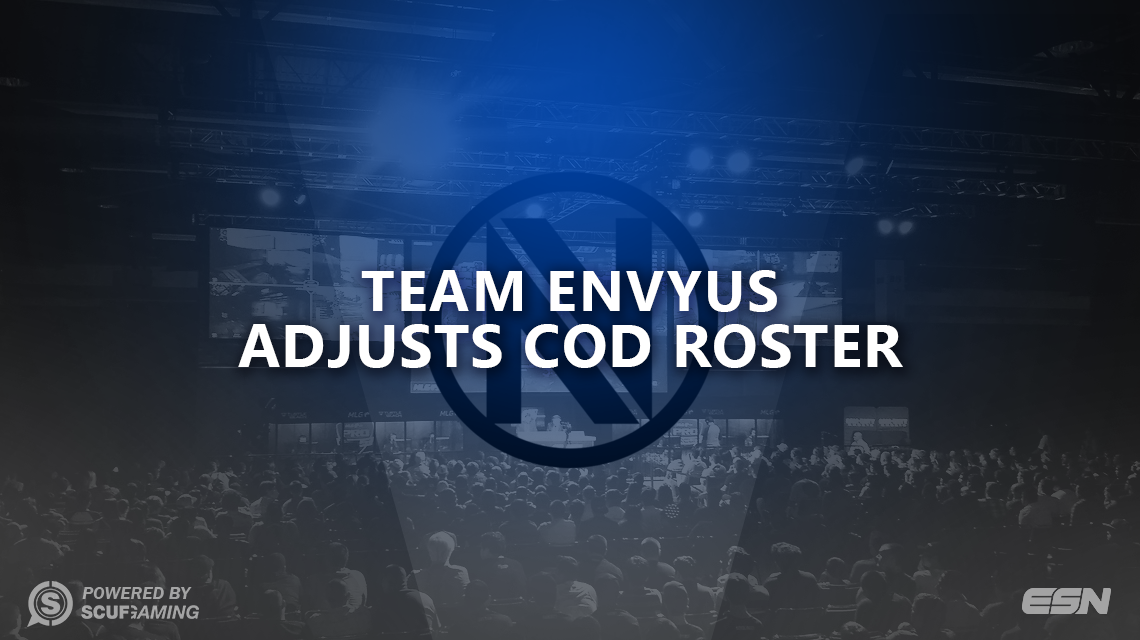 The first week of action in Stage 2 of the North American Call of Duty World League for Call of Duty®: Black Ops III is right around the corner, and RosterMania is slowly developing as many teams look to lock-in their roster before the new season begins. A few days after compLexity Gaming announced their new roster , Team EnVyUs followed suit by making a few changes to their Call of Duty roster earlier today.

EnVyUs began Stage 1 as one of the best teams in the league, but several disputes and arguments between the players caused nV to finish the season with a lackluster record of 12-10. As the fifth seed heading into the NA CWL Stage 1 Playoffs , EnVyUs lost in the first round 4-2 to Team eLevate and was eliminated from the playoffs with a 5th-8th placing.

After their disappointing finish in the first season of the CWL, most fans were certain that a roster change was imminent for Team EnVyUs. Those fans found out that they were right when EnVyUs took to Twitter earlier today to announce their new roster consisting of Jordan “ JKap ” Kaplan, Austin “ SlasheR ” Liddicoat, Johnathan “ John ” Perez, Bryan “ Apathy ” Zhelyazkov.

While JKap and SlasheR were both on Team EnVyUs last season, John was in the league as a member of  Luminosity Gaming . Apathy, on the other hand, was not in Stage 1 and failed to qualify for Stage 2 as a member of Team Liquid , who was on the wrong side of history in one of the greatest Call of Duty comebacks of all time .

The additions of John and Apathy mean that Patrick “ ACHES ” Price and Tyler “ TeePee ” Polchow have both been released from the organization. Known as one of the best duos in Call of Duty history, both of these veteran players could be highly coveted free agents with only a few days before the new season begins.

What do you think about the new Team EnVyUs Call of Duty roster? Let us know by commenting below or tweeting us @eSportsNation .