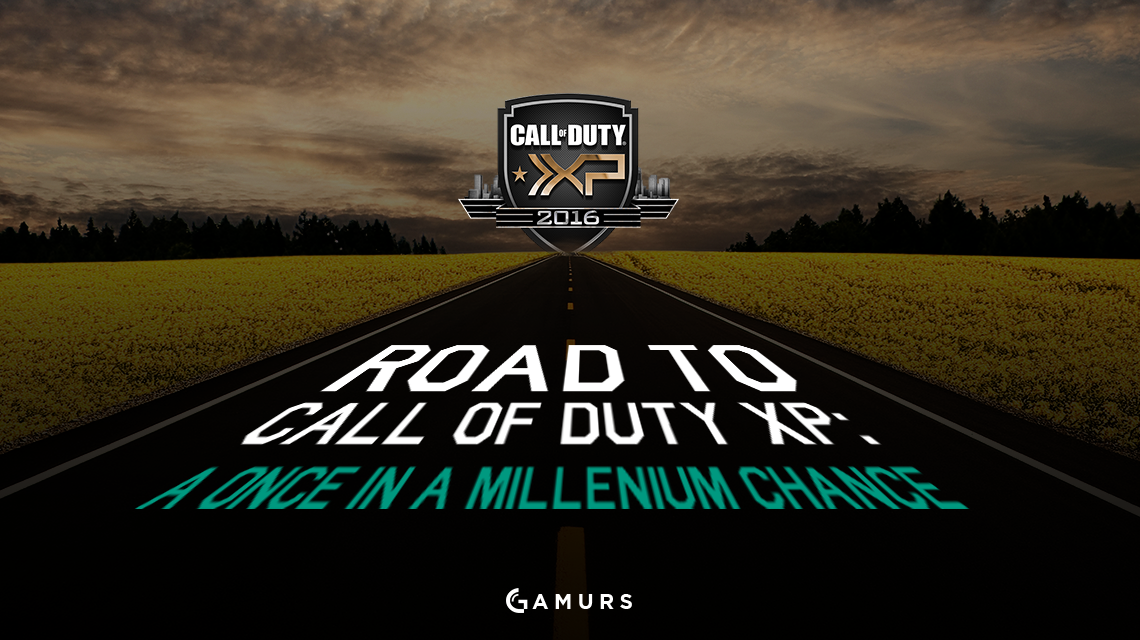 We are just four days until the most anticipated event of the year for Call of Duty: Black Ops III and the tension is building. The groups have been announced, the prize money is set and the teams are rushing to cram all the last minute preparation in before their big day.

We here at GAMURS are super pumped for this year’s multi-million extravaganza. In the past, North America has dominated these types of events, whereas Europe has fallen short, failing to place in the top-eight for two years running.

What you may not know is that Callum “Swanny” Swan placed fourth place at the first-ever Call of Duty XP under the Infused banner, which is the second highest ever placing for a team from the United Kingdom/EU behind Til Infinity, who placed second at CoD XP. The following year, Swanny played with an Italian team called InFerno, where he managed to guide the team to a respectable eighth place finish.

Now, him, and in my opinion, the most storied players to ever come out of the UK scene, find themselves on the brink of possibly their greatest chance at a top-eight, perhaps top-four finish.

The names on this roster speak for themselves. Jurd, the king of Europe. Swanny, the man with the steadiest aim in the game. MadCat, the sometimes unstoppable force. And Tommey, the jack of all trades.

I know the saying has been overused for many teams over the years, but you just cannot count these players out. MadCat, Swanny and Tommey are amongst the top five players from the EU with the most tournament wins. Not only that, MadCat places sixth place on a global scale and Swanny is tied for seventh along with James “Clayster” Eubanks.

Let us run through their group. Group A consists of:

Splyce is obviously a formidable opponent. The team placed fourth and third place in the first and second stage of the Call of Duty World League respectively. However, Millenium was able to best the squad in the first stage in the finals and Splyce fell to Infused in the semifinals of Stage Two, who went on to lose against Millenium.

eUnited has been recently cobbled together, from the trio that once formed both the Team SoloMid squad who placed 17-20th at MLG Anaheim Open and the original eUnited lineup, who played at MLG Orlando Open, where they also placed 17-20th. These players may have been around the block a few times, but Millenium should make short work of them.

This squad is relatively inexperienced when it comes to a global scale. KraQz was a member of the fabE.DE team that qualified for the Call of Duty Championship in 2015, however, he failed to make it into the money. The other players on the team have some scattered experience, and so, I am saying Millenium will win this battle too.

So, if things go the way I think it will, this will leave Millenium in that number one spot in their group and supposedly with the greatest chance of progressing through the playoffs.

Now going off the GAMURS staff picks from groups B, C and D, I will now try and theoretically plot the route this squad will have to take to the quarterfinals. According to the average placing across the board, Millenium will face Apotheon Esports and then the winner of Luminosity Gaming vs. Epsilon Esports.

As much as like the Australian mix team and as much I think Epsilon have the potential to upset Luminosity, it is highly likely that in my fantasy future that Swanny and crew will be facing off against the Americans. This matchup will be tough, without a shadow of a doubt. However, with the combined experience of high-pressure events in the past and their current form, they could beat Luminosity.

If this could be done, I see no reason why they would not be able to get into the semifinals and further contest their claim to be the great European players to ever grace the game.

Well, after one long winded article explaining my thoughts on Millenium’s chances to make a name for themselves, I want to know if you think they could do it? Let me know in comments below and for updates along the road to CoD XP, make sure you follow us on Twitter, @GAMURScom.