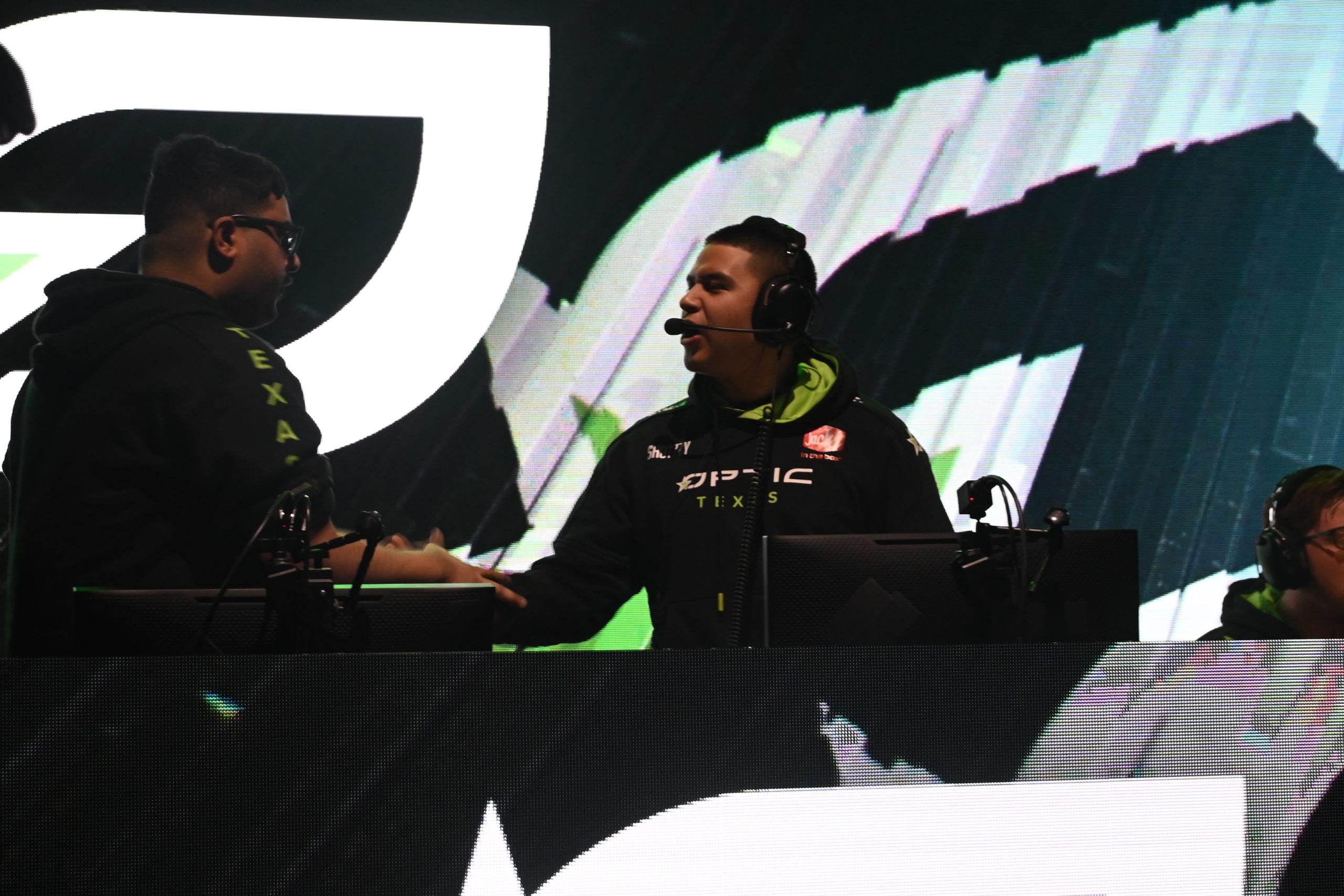 After a nearly two-hour delay due to technical difficulties, OpTic Texas kept their composure today to complete the sweep over the New York Subliners and advance at the 2022 Call of Duty League Championship.

The victory was a statement for OpTic, bouncing back after what could have been a demoralizing defeat at the hands of the Los Angeles Thieves the night prior when they were on the wrong side of a 3-0 drubbing. But to Texas’ credit, their veteran-heavy team showed no ill effects from last night’s disappointing performance during a win-or-go-home match with New York.

The series started in the Italian countryside with a Hardpoint on Tuscan, a map that has provided wildly entertaining gameplay and down-to-the-wire finishes at CDL Champs—and this map was no exception. It was a back and forth affair that was virtually tied heading to the map’s last Hardpoint with OpTic leading 234-229 on the rotation from P5 to P1. Led by Scump, OpTic found massive kills on the Subliners attempting to flood the hill to narrowly nab map one by a score of 250-237. Both Scump and iLLeY were massive in claiming the 1-0 lead, posting 34-30 and 31-25 stat lines, respectively.

Staying on Tuscan for the series’ second map, Texas were dominant in the Search and Destroy. Three players went double positive with Scump, Shotzzy, and Dashy posting 2.0, 3.0, and 4.0 K/Ds in the 6-2 victory. OpTic had all of the momentum and were one map away from a dominant 3-0 sweep when the technical issues started. Subliners AR and three-time world champion, Crimsix, had trouble with his audio. What appeared to be something that could be quickly fixed turned into a roughly two-hour delay at the season’s biggest tournament.

While both teams had to deal with the delay, OpTic had the hot hand and were on a roll. It could have easily derailed their momentum and flipped the series on its head. But the team did not let it affect them. Heading to Gavutu Control, Texas came out firing. In the first round, with the team on offense, they took a commanding life lead. Unfortunately for the Green Wall, they were unable to capitalize and New York held strong.

After the first round, OpTic showed why they were at one point the best Control team in the game. They rolled over the Subliners in the next three rounds, winning two defensive rounds and one attacking to take the map and clinch the series in 3-0 fashion. The team’s two ARs were the leading men with iLLey and Dashy posting 1.50 and 1.62 K/Ds in the 3-1 victory.

It was extremely important that iLLeY bounced back after struggling mightily with Los Angeles if Texas were going to have any chance and he performed admirably. He bounced back in a massive way, dropping a 1.34 K/D in the series’ three maps. While each member of OpTic struggled yesterday, he took a majority of the blame for his team’s poor performance against the Thieves.

“We just played our game [today]. Honestly, I put all of yesterday on me,” the 2020 CDL champ said after the victory. “Now I’m gonna turn up for the rest of tournament and we’re gonna take what’s ours.”

OpTic will face the Seattle Surge with a spot in the elimination finals of CoD Champs 2022 on the line today immediately following the Atlanta FaZe vs. Los Angeles match in the winners finals. New York’s season ends with the loss, earning the Subliners a top-six finish.