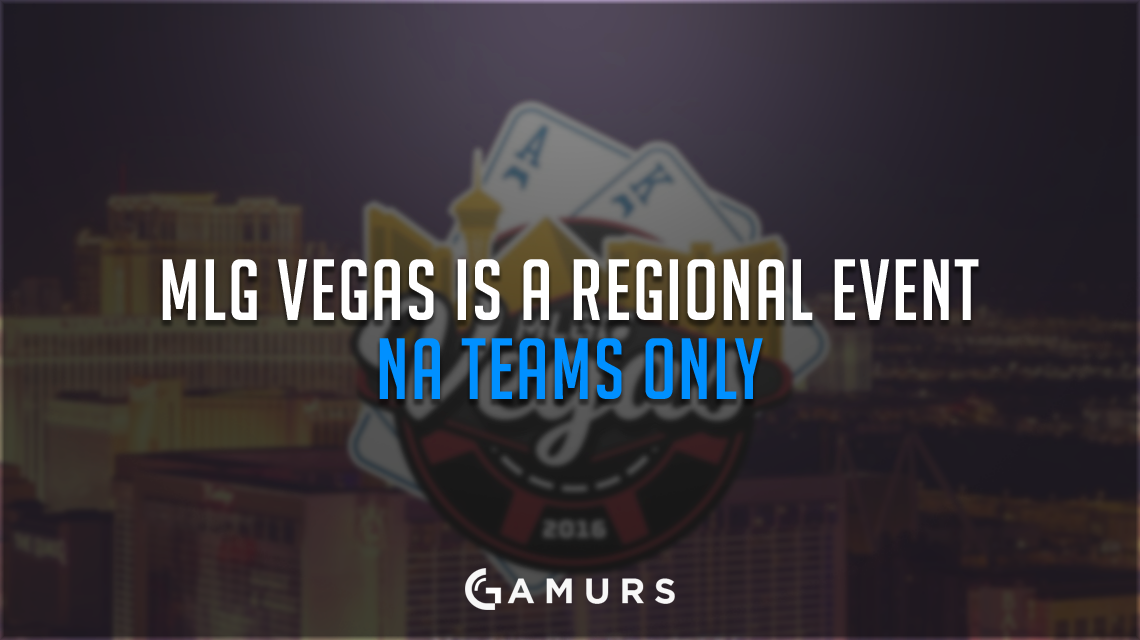 Earlier today, Team Orbit announced that its new European Call of Duty team would be attending the highly anticipated MLG Vegas event coming up in mid-December. This, of course, is not entirely shocking. All four players on the roster, put together by combining half of the former Splyce roster and half of the former Infused roster, had attended North American open events held by MLG in the past year.

MLG Vegas was announced just yesterday and will kick off the Call of Duty World League for the new game, Infinite Warfare. In typical event fashion, the open event features pool play, which is reserved for top North American, and sometimes European, teams. Four teams from the open bracket work their way into pool play, something that all three European teams in attendance at MLG Anaheim 2016 managed to do. According to Adam Apicella of MLG, the Vegas open bracket will be expanded from the usual 96 teams to a whopping 160. This would make the event one of the largest to date, though the prize pool of $100,000 is typical of open MLG events.

However, it has come to our attention that MLG Vegas will be a region locked event, meaning only teams from North America can participate, even in the open bracket.

This comes as a surprise mainly because it is unprecedented. Of course, European teams are not typically invited in to pool play, but that didn’t stop Infused, Splyce, or Millenium from attending MLG Anaheim last year and dominating the open bracket. What could this mean for the Call of Duty World League?

By first impression, it appears that European events will also be announced soon, though there has been no rumor of such just yet. Teams will likely be meeting with Activision representatives soon to discuss the future plans for the Call of Duty World League, and the official Infinite Warfare reveal will be streamed live tomorrow at 2 p.m. PDT on twitch.tv/callofduty. Hopefully, by that time, more information will be available to the public.

For clarification purposes, a Call of Duty World League representative has confirmed that MLG Vegas will only be open to North American teams.

The representative also stated that due to feedback from the community throughout the first year of the Call of Duty World League, they are in the midst of restructuring how the league works and said that plans for other events are ongoing and will be announced on a future date.

What are your thoughts on the region lock? Let us know in the comments or on Twitter @GAMURScom.