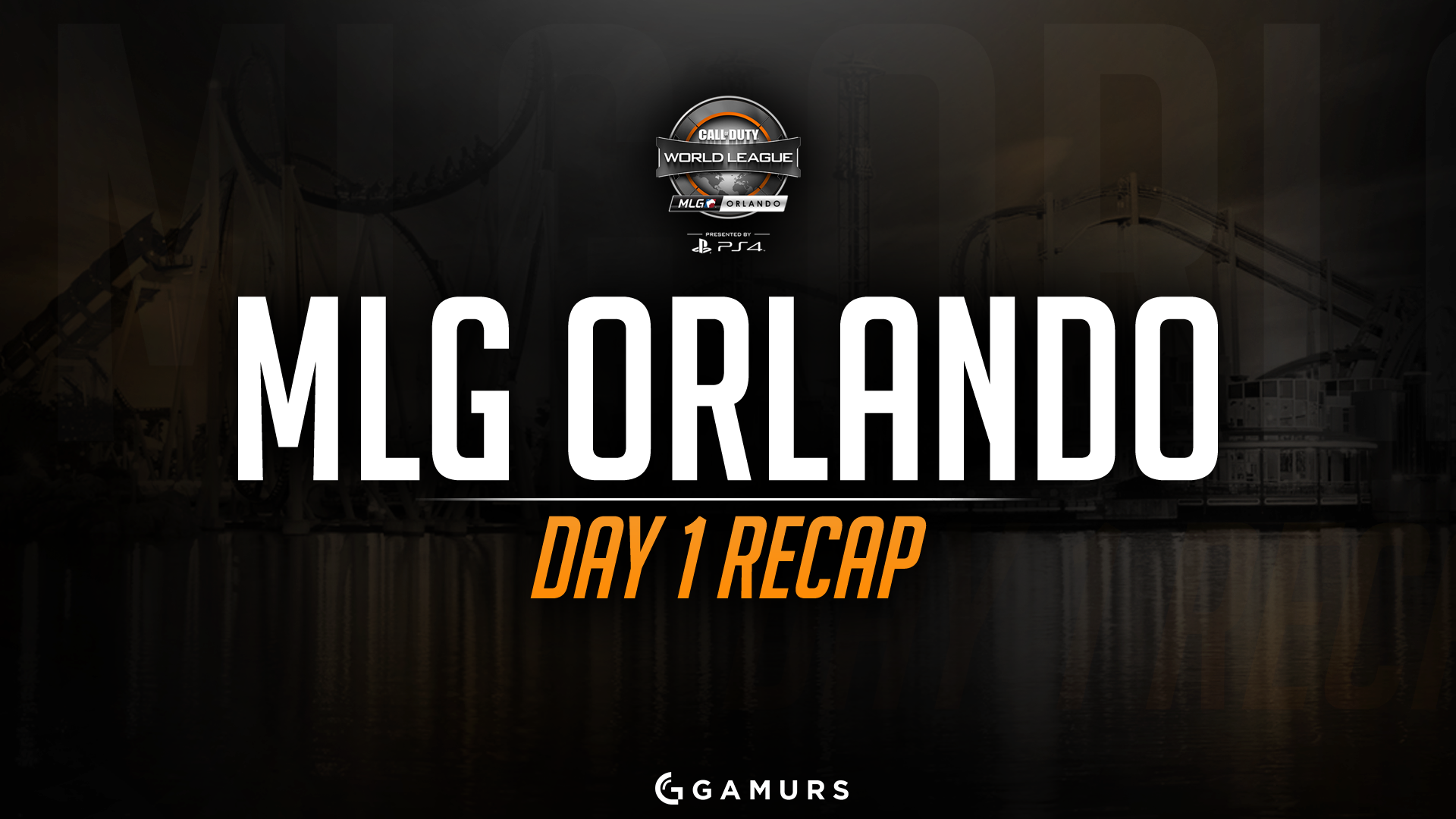 The weeks ahead of MLG Orlando have had almost as much hype as the last MLG event in Anaheim. This event – coming just a few weeks after the Call of Duty World League Stage 2 Playoffs – is the final test for teams before they head to the Call of Duty World League Championship next month. With only a select few teams locked in, a flurry of roster changes occurred right up until the roster lock, including the resurrection of part of Team Kaliber’s original roster and the return of Doug “Censor” Martin to competitive Call of Duty. Competition at MLG Orlando began early Friday afternoon, with both Alpha and Bravo streams running simultaneously. Here’s how the first matches of group play went down:

Some of the most unpredictable matches of the day came out of group B, where the Europeans proved that Anaheim wasn’t a fluke. Team Infused returned to the United States for their second open event this year, after taking fourth overall at MLG Anaheim, and were placed in a group with H2k-Gaming and the ex-Dream Team roster. The latter placed second at the Stage 2 Playoffs, leading everyone to believe they were on an upswing. Team Infused managed to reverse sweep H2k in their first matchup of the day and later defeated Ground Zero (ex-Dream Team) to put themselves in first place of the group. An open bracket team will join them tomorrow before the knockout bracket begins.

The group of death, as determined by a variety of Call of Duty esport’s personalities ahead of the event, turned out to be rather two-sided. With FaZe Clan, Rise Nation, and compLexity Gaming all placed in group C, many expected compLexity to come up with at least one upset. Instead, they were handled easily in both matches, leading Clayster to remind the crowd in Orlando that ACHES has failed to beat him on LAN in several years. The best match of the night was saved for last: FaZe Clan, a team trying to prove their worth, vs Rise Nation, a team hoping to reclaim the form they had at the beginning of the year. FaZe has had many poor starts on LAN this year, but they managed to bring it all the way to map five, Search and Destroy on Hunted, where they played the time efficiently and defeated Rise Nation to go 2-0 on the day.

In other news, OpTic Gaming has come into this tournament looking strong. They faced the new Team Kaliber squad and handled them with ease, but the matchup everyone was anticipating was the match against Luminosity – who have become OpTic’s nemesis this year. Luminosity upset OpTic at the Stage 2 Playoffs and were ready to do it again at Orlando. The series, however, ended 3-1 in OpTic’s favor. Luminosity managed to take map two, Breach Search and Destroy, where a sniper battle between FormaL and StuDyy ensued. The two teams may meet again in the knockout stage.

More matches will be streamed tomorrow. You can tune in at twitch.tv/MLG or at http://cod.majorleaguegaming.com/.

What are you thoughts on Day 1 of MLG Orlando? What Open Bracket teams would you like to see in the groups? Let us know in the comments below and be sure to follow us on Twitter – @GAMURScom – for more esports coverage,