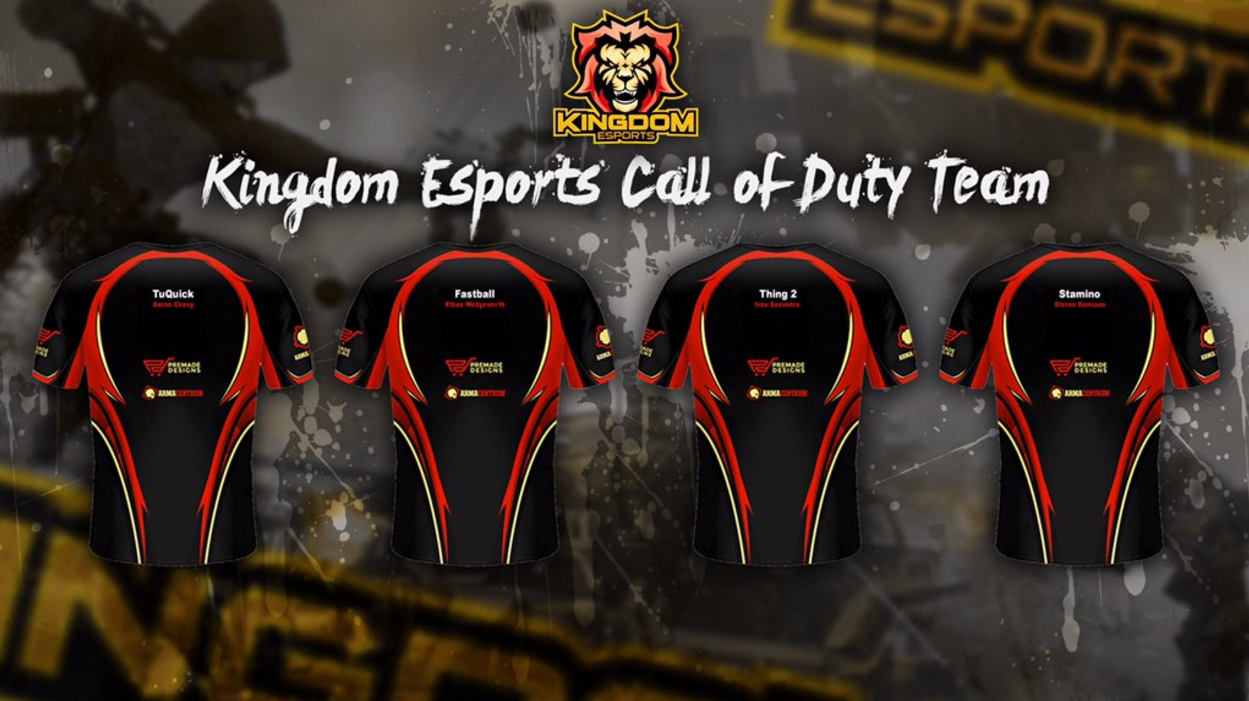 In a day full of big announcements, a group of Challenge Division players found themselves a new home. Kingdom eSports announced the signing of TuQuick, FA5TBALLA, Thing2, and Stamino to their Call of Duty roster.

TuQuick is a player that has been in the scene since Black Ops 1. Playing for organizations such as Strictly Business, Isolation Empire, and Team FeaR, his most notable achievement is placing 4th at the 2013 Call of Duty Championships with compLexity. Coming with him from VexX Gaming is FA5TBALLA, a player that came onto the scene only last year, spending most of his career with VexX. Thing2 and Stamino recently joined TuQuick and FA5TBALLA after playing for FlawlessGG. Thing2 has been involved with competitive Call of Duty since Modern Warfare 2, placing well at multiple events on Black Ops 2 and Ghosts. All of these players attended UMG South Carolina, the only Challenge Division event in Stage 1, where they placed top 8 in the open bracket. With rumors that more Challenge Division events are on the horizon, this Kingdom eSports roster plans to participate in all of them, LAN and online. Team owner David Beasly says, “Ideally this roster is strong enough to win multiple Challenge Division events. I expect them to make a strong push through this season and make relegation for a shot at the CWL.”