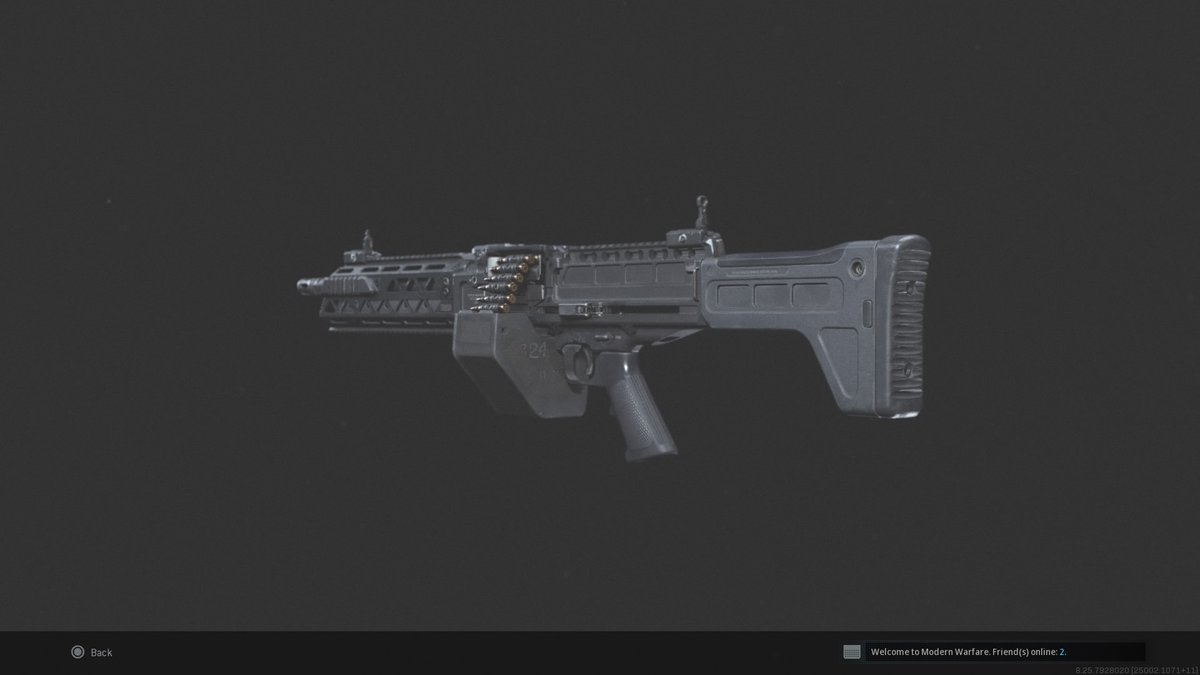 The Call of Duty: Modern Warfare Season Five Reloaded update introduced a lot of new content for players to enjoy, earlier today. This includes the FiNN, a new LMG that promises a fast and mobile playstyle.

The gun isn’t a part of the battle pass, however, so players will have to either complete a challenge or purchase a bundle to unlock it.

How to unlock the FiNN LMG

The challenge to unlock the FiNN requires players to get one melee kill while using an LMG in seven different matches. This challenge is considerably easier to complete than previous LMG challenges, but it’ll still take a bit of patience.

Players must get a melee kill with an LMG in each match, so make to have it equipped when you find an unsuspecting enemy. LMGs are notorious for their large size that slows players down, but various perks and attachments can make the challenge easier.

Several attachments, such as barrels or stocks, can be added or removed to improve movement speed on LMGs. This will make it easier to maneuver around enemies without carrying a large weapon to slow you down.

Players should also consider using the Double Time, Ghost, and Tracker perks while completing the challenge. The Double Time perk increases your Tactical Sprint duration, which allows players to catch up to unsuspecting enemies or escape if they’re under fire.

The Ghost perk makes players undetectable by UAVS, Radar Drones, and Heartbeat Sensors, which will cloak their advancement. Finally, the Tracker perk causes enemies to leave behind a footprint trail that can be followed by players on the hunt. It also hides death locations of enemies you kill to prevent the enemy from discovering your position.

Players who don’t own the multiplayer portion of Modern Warfare should use the Plunder game mode to unlock the challenge since respawning will make it an easier process. Landing in hotspots with an LMG will also be easier than landing in an open field where getting a melee kill will be more difficult. Focusing on perks and attachments to improve your movement speed and stealth will make the challenge much easier and less stressful.

Players can also purchase the Mainframe Weapon Pack for 1,200 CoD points (roughly $12), which includes the Firewall Blueprint for the FiNN. This negates the need to complete the challenge and also contains two battle pass tier skips and a unique emblem and calling card.

The FiNN promises to deliver “exceptional full-auto accuracy” and can be a deadly weapon in multiplayer or Warzone. The gun will likely see a lot of use over the next few weeks, so make sure to unlock it quickly.