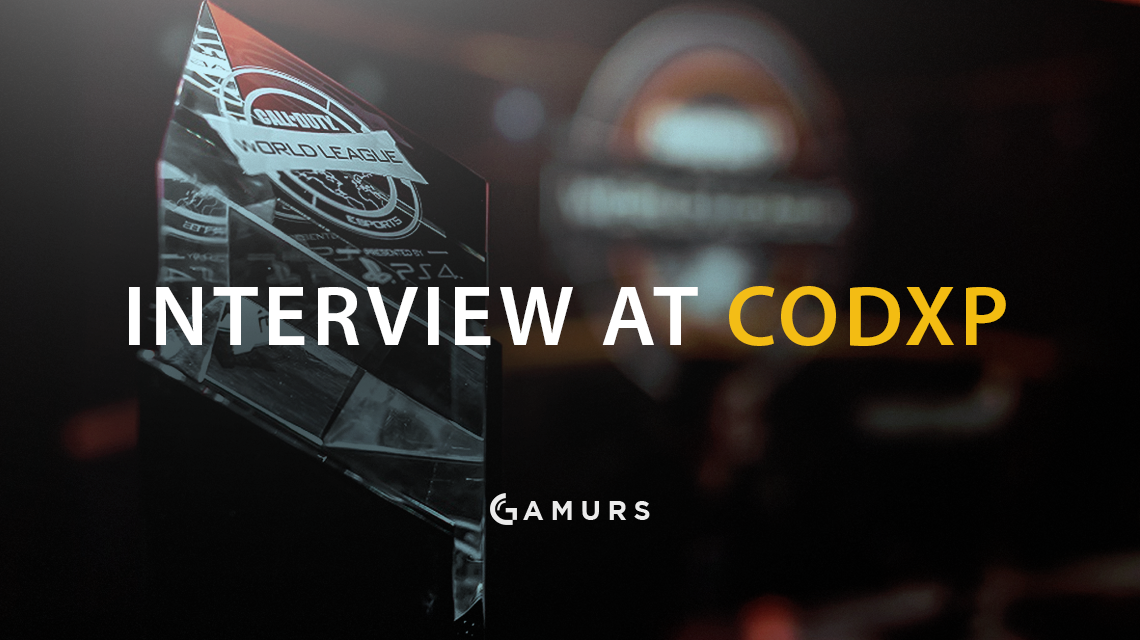 FAB Games eSports had a fantastic run at the 2016 Call of Duty Championship, but it was cut short by their European rivals, Splyce. FAB, formerly playing under Exertus, placed fourth overall.

The team consists of Ben “Desire” Wright, David “Dqvee” Davies, Steven “Vortex” Allen, and Billy “Hawqeh” Harris. They played in Stage 2 of the Call of Duty World League but were relegated and will have to requalify when the next season begins. Their run at the Call of Duty Championships was unexpected.

When asked if they were playing under any pressure, the players said in unison, “There was no pressure.”

“We just knew what we had to do to win,” Vortex told GAMURS.

The night before Championship Sunday, when the match between FAB and Splyce was supposed to take place, Vortex fell ill and the match was postponed. Instead it was played at the same time as the winner’s final match between eLevate and Team EnVyUs the next day.

“I got ill last night, it was hard for me to call out. As a team if affects us a lot because I’m the vocal leader,” Vortex explained.

Even though he wasn’t feeling well that night, FAB managed to defeat North American team, Cloud9, who had just eliminated the tournament favorites, OpTic Gaming, from the tournament.

“I felt like I was just looking at my screen and playing. I don’t even remember much of the series, I was feeling dizzy. I’ll have to go back and look at the VODs,” Vortex said.

Even today he isn’t feeling his best, but a bit better. Unfortunately, he and FAB still fell to Splyce to take fourth place overall. Of course, that is not a bad placing and is one of the best runs through the Call of Duty Championship a European team has ever achieved. The top four teams at the tournament contain two European teams, something that only ever occurred at the very first Call of Duty XP in 2011.

This year, European teams impressed. Six of them entered the bracket stage, reiterating the fact that European Call of Duty has progressed significantly this year.

Vortex told GAMURS, “With the introduction of the World League, a lot more people are able to do it full time. The Americans have been doing it full time longer, and that’s why they were so far ahead.”

In their path through the tournament, FAB defeated two strong North American teams, Luminosity Gaming and Cloud9. The players on FAB said they didn’t do anything special, they said they “played straight up”.

FAB and their run won’t soon be forgotten. Their run represents Europe’s uprising in Call of Duty esports and puts them on even footing with North America.