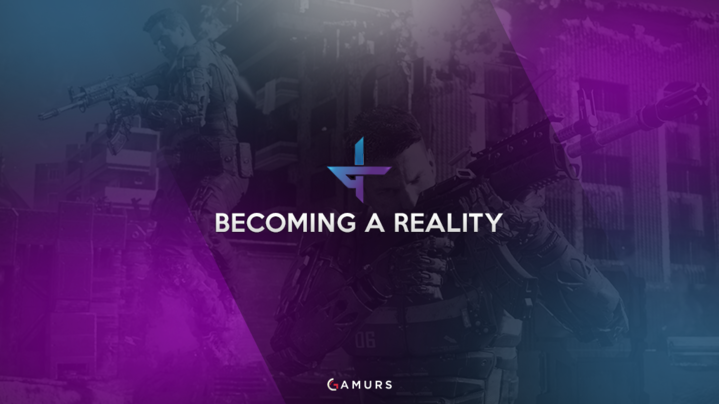 Dream Team has hardly been the physical embodiment of the name since its inception, but things have changed as of late. As of now, dT is tied for first with H2k-Gaming in Stage Two of the North American region of the Call of Duty World League.

The roster currently consists of:

Merely two months ago, this same team, with the exclusion of Nick “Happy” Suda being dropped halfway through the season for KiLLa, finished in a measly tenth place (7-15) in Stage One of the CWL. Since dT finished in tenth, they were forced to fight for a spot in Stage Two of the CWL at the Stage One Relegation Tournament.

In this Relegation Tournament, dT was pitted against Cloud9.Eclipse, a team that handily defeated much of the relegation competition until having to forfeit against Team Liquid in the semi-finals and won the third place match due to King Papey having to forfeit. dT was not seen as the favorite by many viewers, however, they did not let the doubt sway them.

dT edged out C9.E 4-3 in a nail-biter of a series and qualified for Stage Two, hushing many of the nay-sayers.

At the onset of Stage Two, dT lost their first game 3-0 to Cloud9, and it seemed as if they were destined for fears of relegation again. Chino and co. had different plans, though. They went on to win the next five games, but they have not been one-sided wins.

One problem dT had throughout Stage One was the inability to close out games. Despite finishing in tenth place, dT was only swept twice. Even though they were always low in the standings, dT was never an easy win; out of all of dT’s games in Stage One, they went in a 3-1 series 12 times and 3-2 eight times. Not having that clutch factor ended up costing them many games throughout the stage.

“This season, I don’t think we’re doing anything different,” Chino said. “Last season when we picked up [KiLLa] we were adjusting to everything and now that we are comfortable together, we can can play the game better.”

This definitely reigns true. Team synergy is one of the main components that separates top-tier teams like OpTic Gaming and Rise Nation from the mid-tier teams like Team EnVyUs and compLexity Gaming.

The roster had some disputes earlier, which led to Diabolic and Sender both being dropped from the team. Of course, this did not last long. They were able to work with each other for the better, and now they are one of the best teams in the NA CWL at this moment.

“We said what we needed to say to each other and when we started playing again, it felt like nothing ever happened,” Chino said. “I’m happy we stayed together because now I feel like we are closer as friends and teammates.”

Sometimes a breaking point is needed to rebuild a shaky foundation and this current dT squad is a prime example of that.

“I think we need to continue to do what we have been,” Chino said when asked about how dT can continue their recent run of success. “Playing almost everyday and having fun in our scrims while learning how to improve our gameplay.”

dT is not flashy by any means; they are currently tied for eighth in Kill-to-Death Ratio (0.96) among all NA teams. They do not have an insanely high Score-Per-Minute ranking and they have yet to get a 3-0 win this season. It is no surprise that they have the fifth-best Map Win Percentage, but yet they are in first place.

This shows just how important it is to be able to clutch up and finish off close games. To dT, the manner in which the win is earned does not matter as long as it is a win.

However, the team does not boast about being high in the standings. “Rise, OpTic, FaZe, EnVy and H2K” (in no particular order) are the top five NA CWL teams Chino named off when asked who the best teams are, not including dT.

Looking ahead towards MLG Anaheim, which takes place during June 10-12 in Anaheim, Calif., dT is optimistic.

“I think we have a great chance at being T4 at the event if we keep playing the way we are and if we keep improving, maybe even better,” Chino said. “But I still think Rise or OpTic are the best in the game right now.”

With the way things are going, dT is becoming the physical embodiment of their name. The dream is finally becoming a reality.

What are your thoughts on dT? Do you think that they will continue hanging at the top of the NA CWL standings? What are your early predictions for MLG Anaheim? Let us know in the comments below or on our Twitter – @GAMURScom