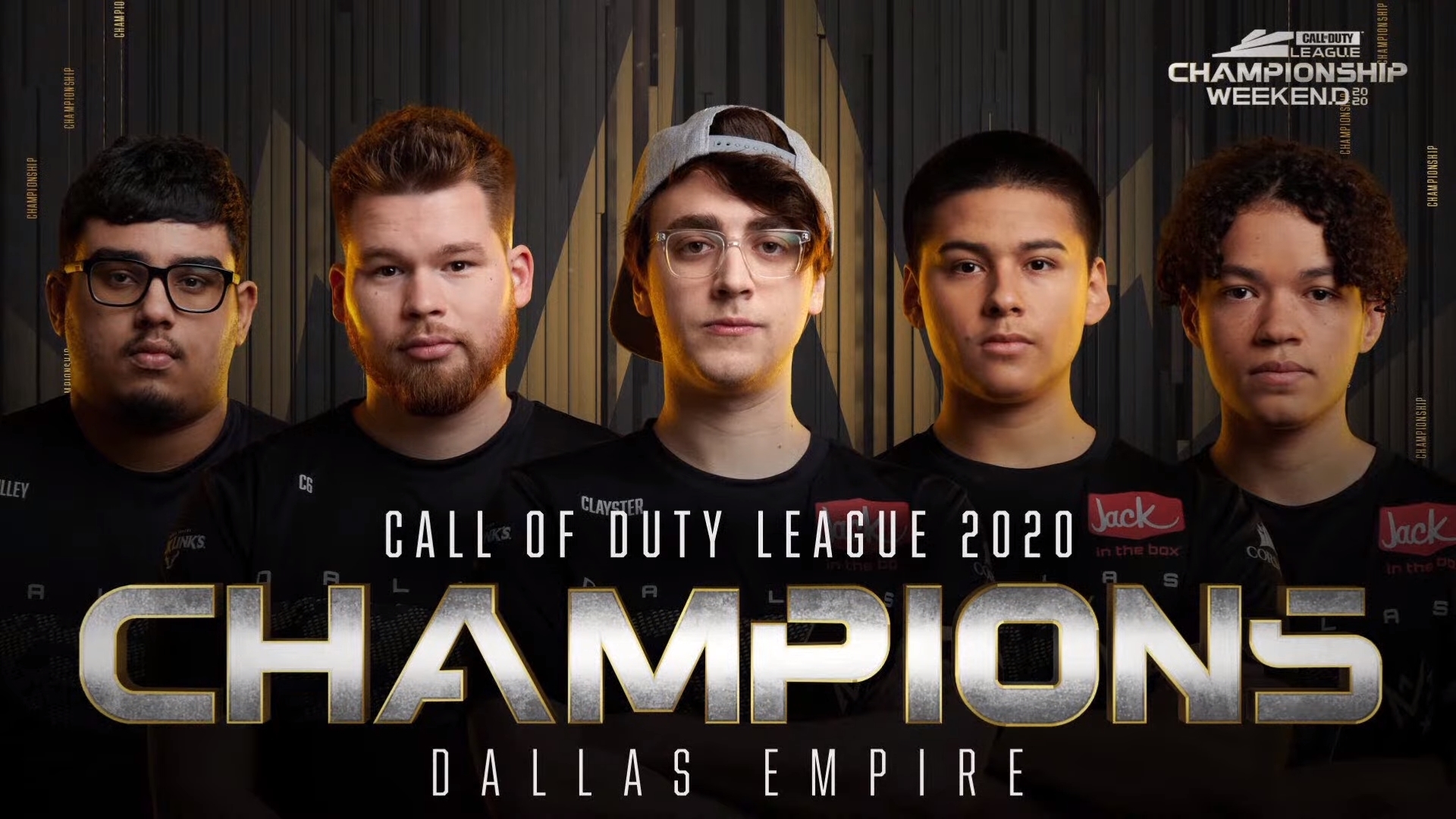 As a conclusion to a seven-month inaugural season, the Dallas Empire defeated Atlanta FaZe today in a best-of-nine series to become the first Call of Duty League champions.

The series proved to be one of the most one-sided grand finals in CoD history. The Empire, who began the series with a one-map advantage, took control of the match early with three consecutive wins to put themselves a map away from a 5-0 win.

Atlanta prevented the sweep, but they were unable to capitalize on any momentum. In game six, Rammaza Search and Destroy, Dallas won 6-4 to secure the title of world champions and the $1.5 million grand prize.

With the win, the Empire’s Crimsix and Clayster join an exclusive club as three-time CoD world champions. Crimsix, who has won the most tournaments and prize money in the esport’s history, previously won the world title in 2014 and 2017, while Clayster won in 2015 and last year. The only other player to win three CoD world championships is Karma, who won in 2014 and 2017 with Crimsix and retired earlier this year.

For iLLeY, Huke, and 2020 CDL MVP Shotzzy, this is the first world title in each of their Call of Duty careers, although iLLeY and Shotzzy hadn’t competed at CoD Champs before this year.

Atlanta’s five players—Simp, Cellium, MajorManiak, Priestahh, and aBeZy—earned $900,000 with their second-place performance. The team entered the postseason as the top seed after a 26-7 regular season.

Now that the first CDL season is in the books, fans and players can look forward to the league’s free agency, which will begin on Sept. 14.