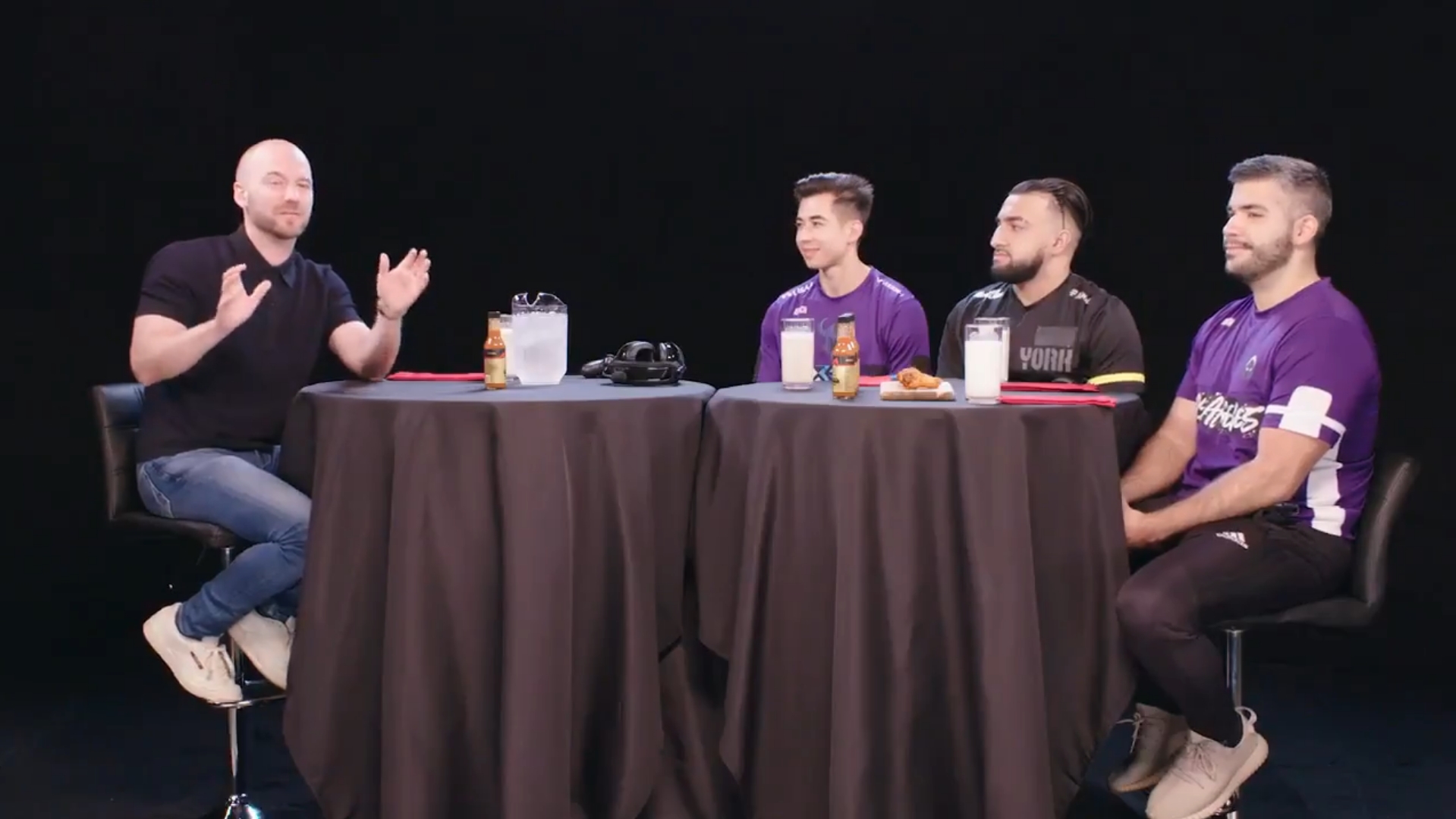 “Hot Ones” with Sean Evans has been making celebrities sweat in the literal hot seat for years. And now, some Call of Duty pros have joined the ranks.

The hot sauce talk show sees guests eating increasingly hotter chicken wings and answering tough questions, but the CDL twist on the event had some of the league’s top players trying to do what they do best while their mouths were simmering from the very spicy Last Dab sauce.

Apathy of the Los Angeles Guerrillas, Asim of the New York Subliners, and Attach of the Minnesota RØKKR all ate one of the spiciest wings the show has to offer and then hopped right into Black Ops Cold War games to see who could get the most kills with only knives or tomahawks.

The players all struggled with the heat, with Apathy even saying that his “tongue is sweating,” but the Guerrillas star was able to come out on top with the most kills out of the three pros. He racked up 27 kills while Asim had 16 and Attach finished in third with 15.

The video appears to be a promotion for the upcoming CDL Championship Weekend. Most commonly known as “CoD Champs,” the weekend will feature the top eight teams from the 2021 Call of Duty League season competing for the trophy and grand prize of $1.2 million.

The CDL Championship Weekend is less than two weeks away, running from Aug. 19 to 22 at the Galen Center in Los Angeles.