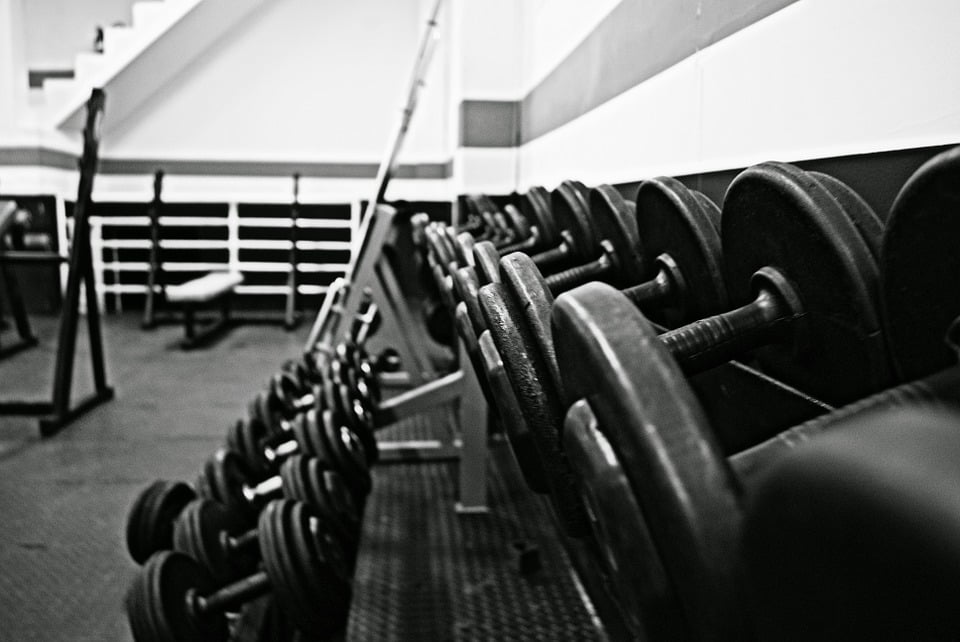 Balancing healthy lifestyle choices like nutrition and exercise can be hard enough for the average person. For competitive gamers, who spend hours sitting in scrims and solo queue, it’s even harder.

Is a home-cooked meal worth your time when you could be grinding the latest mechanical outplay? Why exercise when you have to keep your stream numbers up? What about personal relationships?

Luckily, these questions are turning more and more into hypotheticals. The latest wave of esports investment has brought with it resources and wellness programs to combat unhealthy choices.

The most competitive teams in the world are already pushing the boundaries of improving player wellness.

Whether your favorite team is a newcomer backed by traditional sports money or an established veteran that just clinched major funding, there’s a good chance they’re devoting resources to improving day-to-day wellness for players. By eliminating decision fatigue and implementing nutrition, exercise, and teambuilding programs, teams across the world are working to not only extend the average playing career, but also improve its overall quality.

Delaware North, the foodservice and hospitality company which is the parent company to the Boston Bruins and the TD Garden, announced a strategic partnership with esports side Splyce in early February. Since then, it’s wasted no time implementing resources for its gamers, according to chief marketing officer Todd Merry.

“There’s lots of intangibles that these big organization can bring to some of these smaller esports organizations,” Merry told Dot Esports. “Things like nutrition and culinary—obviously we’re a culinary company at our heart—is absolutely some of the things we can bring. We have team nutritionists at the Boston Bruins. We have sports psychologists. We have all those resources that are for a professional sports team that we can then make available to these esports teams.”

“We think you need to have full-body health,” Merry said. “Exercise creates endorphins and it makes people happier and more satisfied with what they’re doing. There’s so many benefits beyond being fit and healthy.”

“I was already doing that in my personal life,” McDaniels said. “I haven’t done many things different with that yet, but I am glad that I’m on a team that cares about that, as well, ’cause it’s very important to me.”

“If every other kind of athlete can be helped by diet, nutrition and sleep, then esports should be no different.” — Gina Baski

Although some teams might emphasize long hours of practice, the most competitive teams in the world are already pushing the boundaries of improving player wellness, Merry said.

“There’s an ugly truth in that some teams really work these guys and don’t let them have a life outside the game and the team,” Merry said. “I think if you look at the best performing teams, they are balancing all of that. I do think providing a balanced experience does extend [playing careers].”

“The top end teams for League of Legends used to have an in-house cook [or] maid who would prepare food for them,” Kim told Dot Esports. “Not a nutritionist or anything, but just someone to make sure that they were being fed properly at proper hours.”

When ‎Kang “Blank” Sun-gu struggled with stage fright, SK Telecom T1 brought in a counselor to help him adjust, according to Kim.

“Other than this example, however, I don’t know of any other team that uses a psychology expert,” Kim said. “It could be that they do but don’t talk about it, as seeing a counselor of sorts is still taboo in Korean culture.”

Still, resources play a major factor in how a team implements wellness staff, according to Kim. Three-time League world champions SK Telecom T1, for example, have the luxury of employing numerous coaching professionals to travel with the team, according to Kim.

Echo Fox works with TriFit Club & Studios—an LA-based gym that provides nutrition, strength and endurance conditioning—to create wellness regimens for its players. Compare Echo Fox players from week one of last split, and you will notice a difference. Henrik “Froggen” Hansen and Matt “Akaadian” Higginbotham, for example, both post progress pictures to document their gains since joining Echo Fox.

TriFit’s first work with esports was when Riot Games brought them in a few years back for basic fitness programs and weight loss contests, according to Gina Baski, the company’s co-founder.

“They felt like they gamed better, slept better, and felt better,” Baski told Dot Esports. “If every other kind of athlete can be helped by diet, nutrition and sleep, then esports should be no different.”

Now working with Echo Fox, TriFit hopes its programs will separate the good teams from the best, according to Jeff Rothschild, TriFit’s head of performance. They also believe player wellness is the key to reducing burnout.

“The gamer lifespan is pretty short,” Rothschild said. “This isn’t the case in baseball or football where careers last into their 40s. Is it because an unhealthy lifestyle is unsustainable?”

Although there’s a lack of concrete studies on the matter, gamer lifespans generally end in the early 20s. Marcus “Dyrus” Hill retired at 23, for example. Yiliang “Doublelift” Peng took this year’s Spring Split off, citing burnout and the need for a break before returning to action to save Team Liquid from relegations.

Merry noted that a 27-year-old Dota 2 player is considered ancient when compared to the average player.

“The burnout aspects, you’re making someone play 14 hours a day, they’re going to fall out of love with it and not feel good about it,” Merry said. “They’re going to have repetitive stress injuries. There was a joke going around 6 months ago that some of the teams had an edict that said you couldn’t have a girlfriend during the season. The joke aspect was: Is that really an issue?”

“Just having a staff that actually cares about you—not only caring about how you perform, but caring about your wellness and your day-to-day wellbeing—feels super good, and it also gives me a lot of confidence to put in as much effort as I can into my gameplay,” Cordoni told Dot Esports.

Merry believes providing food and support “takes one thing off their plate that they don’t have to worry about managing their own nutrition.” And Cordoni has experienced this firsthand living with CLG.

“The biggest benefit of having wellness professionals join a team is it takes away from decision fatigue for players,” he said. “You don’t have to constantly decide things for yourself because other people are helping you create an environment for you to perform well.”

Regardless of the in-game outcomes, being able to see realistic improvements in players’ lifestyles makes player wellness a win-win. And this is just the beginning, according to Merry.