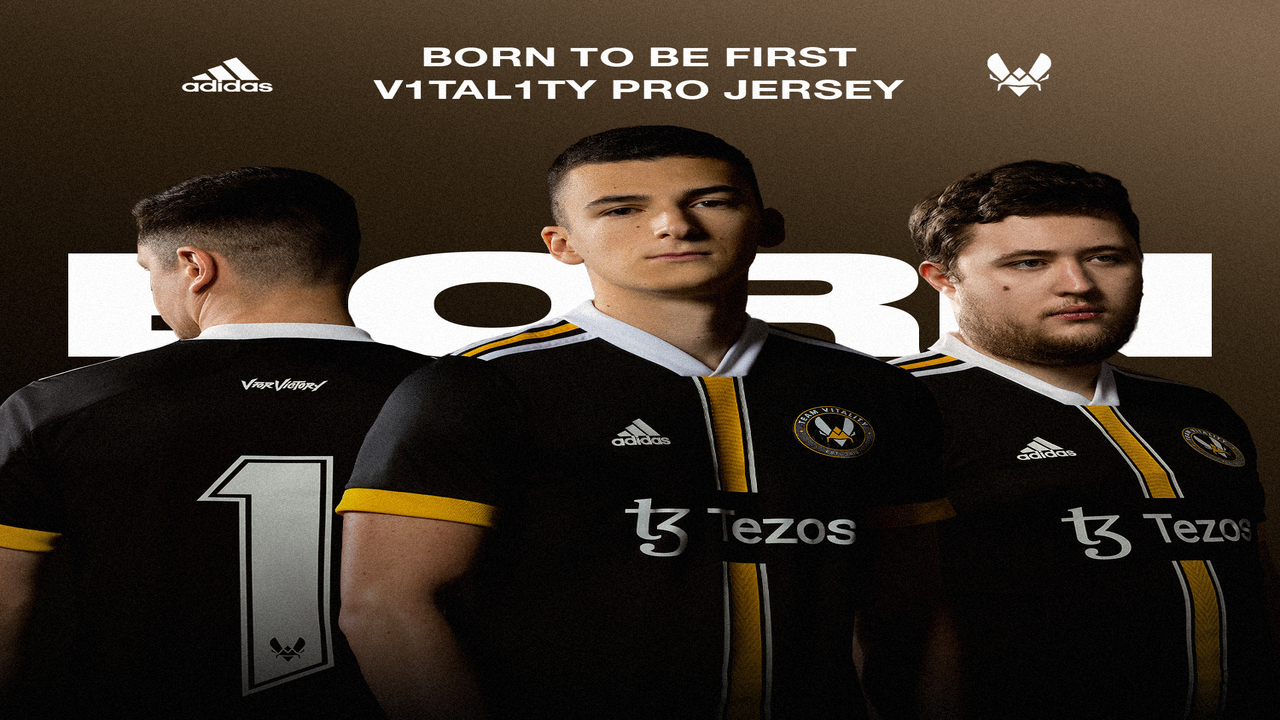 “As we reach a five-year milestone with Adidas, we couldn’t be prouder to launch the V1tal1ty Pro Jersey which is a symbol of the initiative and creative partnership we have forged together,” Vitality CEO Nicolas Maurer said. “As pioneers in the sector and a leader in European esports, the term “first” means a lot to us. This jersey is not just a piece of clothing but a representation of who we are and what we want to become. I look forward to seeing our fans in the Pro Jersey at an esports event very soon.”

The new V1tal1ty Pro jersey was designed to embody the accolades of Vitality players, as well as the org’s “commitment to becoming a number one esports team.”

To promote the V1tal1ty Pro Jersey release, Vitality has launched the “Born to be first” campaign with the likes of Luka “Perkz” Perkoviç and Mathieu “ZywOo” Herbaut. The series will highlight the players’ journey to becoming one of the best in their respective esports as they recall their greatest challenges and how they eventually overcame them.

The V1tal1ty Pro Jersey features a yellow, black, and white color scheme with stripes featured throughout the front, collar, and sleeves. The new sleek design also includes the signature Adidas stripes on the shoulder with two in the original Adidas white logo and one featuring Vitality’s yellow. The arms even feature a new look to embody the evolution of Vitality throughout the years.

Founded in 2013 by Nicolas Maurer and Fabien Devide, Vitality is headquartered in Paris, France. The organization has since expanded past these French roots to host athletes and coaching staff of 16 different nationalities, showcasing a diverse commitment to becoming a top-tier esports organization.

The V1tal1ty Pro Jersey is available to purchase from the Vitality shop and is currently priced at 79.99 euros and 94.99 euros for customization of the jersey.

The first 100 orders of the V1tal1ty Pro Jersey will receive the limited-edition “1” version of the new jersey that will feature an embroidered “1” on the back. But if you miss out on being one of the first 100 to order the jersey, you will also have an opportunity to get the exclusive drop through giveaways and competitions. These opportunities will present themselves through Vitality’s social media channels over the course of the week.