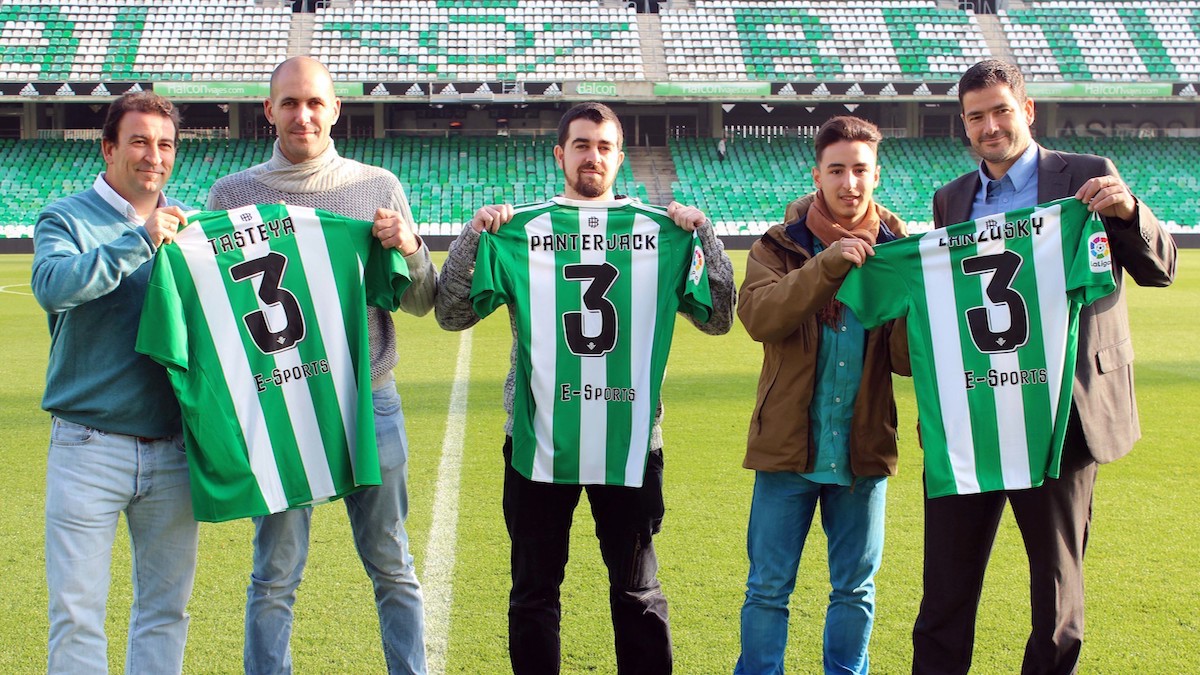 Real Betis Balompié, commonly referred to as “Betis”, today presented three team captains that are responsible to choose and manage players for VFO’s tournament circuit starting January 2017. The Primeria Division del FIFA 17, as the tournament is officially called, is played in a 11vs11 format on Playstation 4, Xbox and PC respectively.

Betis’ football team was promoted from the second division in the 2014-2015 season and finished 10th in the 2015-2016 season. The Sevilla-based club is a long-time contender in Spanish football, it was founded in 1907. Its long-standing rivalry with Sevilla FC now transfers to the virtual pitch as well, as Sevilla FC is one of the founding members of the VFO.

The club hasn’t decided on its players yet and is currently taking applications, concluded by a test to be held December 19. Aside from the six clubs which announced the creation of the VFO in October, several other clubs have joined the organisation since its establishment including La Liga clubs Atlético Levante UD and RCD Espanyol.

Worldwide about 40 sports clubs are now involved in esports fielding players in a multitude of games, including FC Schalke 04 in League of Legends. Schalke spent one season in the EU LCS before being relegated at the end of last year, but have signalled their intentions to compete in the 2017 Challenger Series.