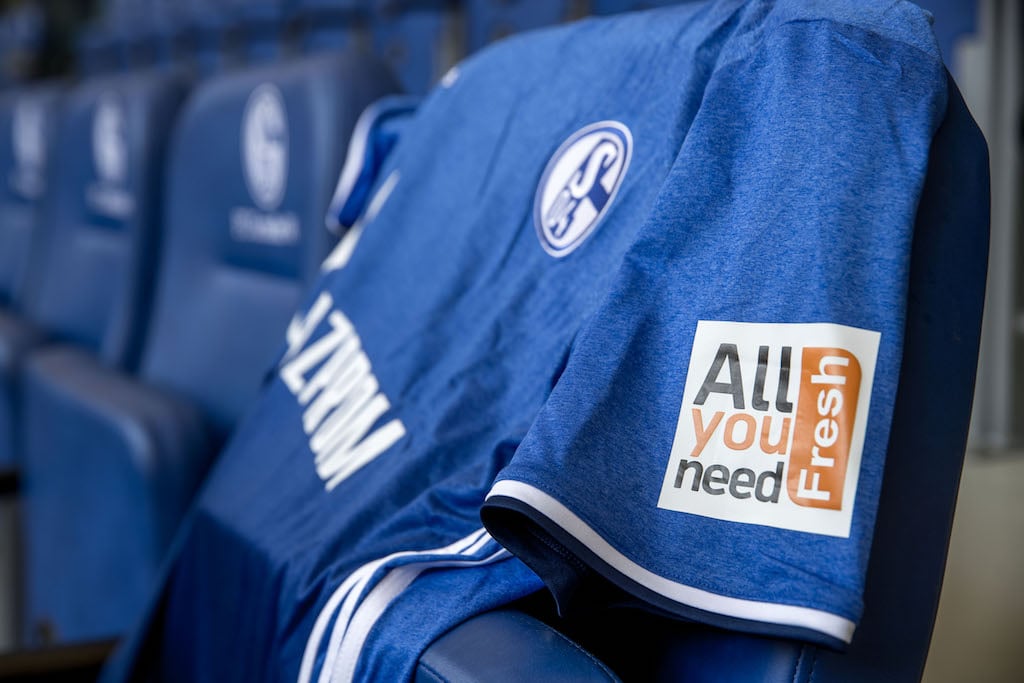 Starting with the 2017/2018 season, soccer clubs in Germany’s Bundesliga are allowed to have their own sleeve sponsors for the first time. AllyouneedFresh, an online supermarket under the umbrella of Deutsche Post, is one of the first companies to make the move as sleeve sponsor for popular club FC Schalke 04.

The deal, reportedly worth $20 million over the next four years, will also see Schalke and AllyouneedFresh introduce a fancy new way to pay for drinks and snacks in the stadium. A chip is sewn-in the badge on the sleeve of Schalke’s new jersey, which functions as a cashless card. Additionally, Schalke’s merchandize will be sold in the AllyouneedFresh online supermarket.

But it wasn’t just Schalke’s famous soccer team that encouraged AllyouneedFresh to partner with the club. Esports engagement played an important role as well. Jens Drubel, CEO at AllyouneedFresh said, the fact “that the club is active in esports topped off our good feeling about it.” Company spokesperson Max Thinius also confirmed to Dot Esports that Schalke’s esports efforts were an important factor to partner with the club.

As a company that sees itself at the forefront of digitization, catering to customers who tend to shop online, esports is a natural fit for AllyouneedFresh, Thinius said. “If we had to decide between a club that’s into esports and one that’s not, we would go with the one that’s in, for sure. Esports opens up a whole new world of opportunities for our brand.”

Thinius declined to comment on the question if the AllyouneedFresh logo will appear on Schalke esports’ jerseys as well. He did guarantee, however, that esports-specific campaigns are planned.

For the Bundesliga’s big clubs, like Borussia Dortmund, Bayern Munich, or Schalke 04, jersey sponsoring accounts for about $20 million to $40 million per season. Industry experts suggest that sleeve sponsorships will make about a fifth of that. AllyouneedFresh’s reported $5 million per year would fit that range more or less, although the company declined to comment on the valuation of the deal.

So it’s safe to assume that this is a multi-million-dollar deal—and one that esports helped to secure. And that’s regardless of the club’s competitive success. Indeed, it’s now clear that Schalke’s stubbornness to stick with esports truly paid off.

The deal between Schalke and AllyouneedFresh could very well never have come into existence if Schalke had dropped its League roster after its dramatic season, when it was unable to qualify for the EU LCS despite an undefeated spring split 2017.

Sure, Schalke’s esports section wasn’t the main reason for AllyouneedFresh to become the club’s the sleeve sponsor, but it was the icing on the cake. And it proves once again that esports make brands more attractive to marketers.