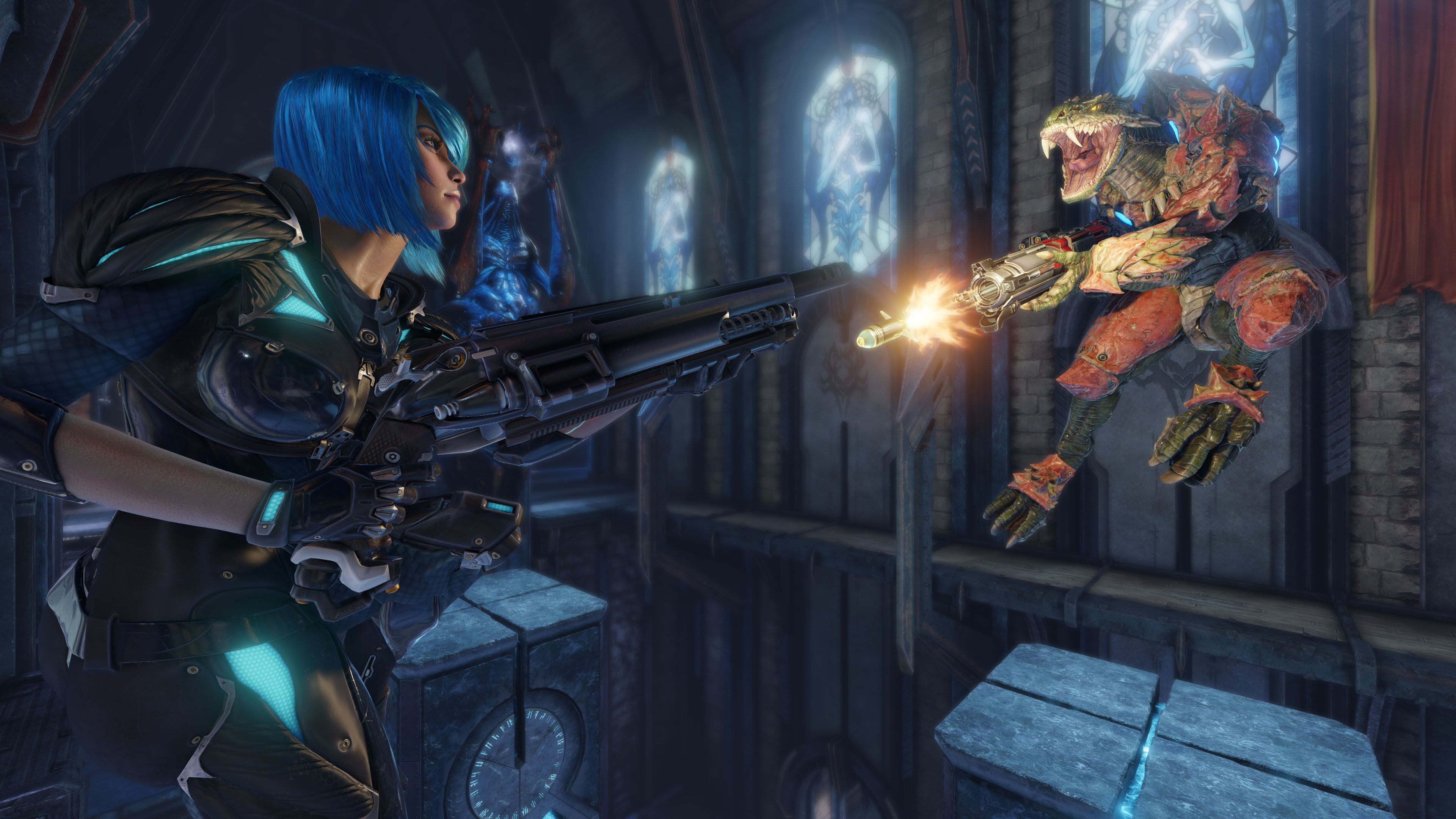 It started in May 1997, when Dennis “Thresh” Fong defeated Tom “Entropy” Kimzey and drove home a Ferrari Cabriolet previously owned by John Carmack, lead developer for Quake. By winning the Red Annihilation tournament, Thresh became the legend he still is to date—recognized by the Guinness Book of World Records as the first professional gamer—paving the way for modern day esports.

Twenty years later, the newly released Quake Champions is supposed to put the franchise’s name back where it belongs, among the top titles in esports. At least, that’s what tournament organizer ESL, game developer id Software, and game publisher Bethesda Softworks hope to achieve by hosting a $1 million Quake World Championships. Duel (1v1) and Sacrifice (4v4) competitions will kick off this June and culminate in a live Finals at QuakeCon from Aug. 24 to 27 in Dallas.

“I think ESL and Bethesda have a great opportunity with Quake Champions because of how good a spectator sport Quake is,” said Michal Blicharz, VP of Pro Gaming at ESL. “Quake has the potential to unite viewers of all game genres.”

While still in beta, Tim Willits, Studio Director at id Software, boasts the game is back “in a big way.”

“[The] Quake World Championships will be the ultimate test of skill for the best competitive players in the world,” Willits said. “Working with ESL, we’re excited to produce an incredible competition featuring amazing pro player talent, all vying for the million dollar prize pool and the title of the very first Quake World Championships champion.”

The studio isn’t lacking confidence in its title, that’s for sure. Quake Champions was planned as an esports title right from the start, as well. And, to be fair, today’s esports landscape is missing a 1v1 title, at least when it comes to the shooter genre.

That said, Quake Champions’ success as an esports title is far from being a self-fulfilling prophecy. After all, today’s esports landscape looks vastly different than twenty years ago, when Quake’s dominance went hand in hand with little competition from other games.

With games like Counter-Strike: Global Offensive, League of Legends, Dota 2, Hearthstone, and Overwatch all at the forefront of esports competitions, a long list of runner-ups like Heroes of the Storm, Call of Duty, Halo, and even immediate competition from games like Diabotical, Reflex, and Lawbreakers—Quake Champions is entering a pretty crowded esports market.

The game’s legacy alone won’t make it an esports hit, neither will a big prize pool. What Quake Champions needs to make a comeback as an esport is a thriving community of players, fans, and occasional viewers. The Quake World Championships could kick-start such a community, if it’s able to live up to the standards of modern day esports production. Who knows, maybe Thresh will return to competitive play, boosting the hype around the game.