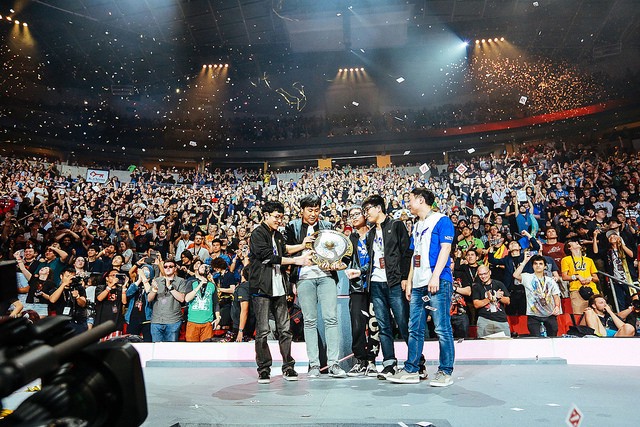 Guinness has added Wings Gaming to its 2017 book of gaming records after the team won the biggest prize pool in esports history.

This was the biggest year yet for the The International, Dota 2’s signature event. Thanks to crowdfunding, the payouts for the International are much larger than other esports events. Fans increased the prize by a staggering $19.1 million, making the overall prize pool $20.7 million in total. With first place ensuring Wings a total of $9.1 million, the five players quite literally became some of the most successful players in all of esports history in terms of prize winnings.

Speaking to GuinessWorldRecords.com Stephen Daultrey, who is the editor of the company’s Gamer’s Edition, called Wings Gaming’s achievements “nothing short of extraordinary.”

“They are a relatively new team, yet have won one of the most prestigious tournaments in the eSports calendar in style.”

The International 6 was the third consecutive year Valve used crowd sourcing for its marquee event, and each year the prize pool has exceeded that of previous years. This years’ prize pool surpassed the previous one by $3 million dollars, almost half of the increase seen between the International 4–5, where the prize pool was raised by $7 million. It’s certainly not clear yet if next year’s event will see a similar decline in growth, though one thing is certain: It’ll still be huge.