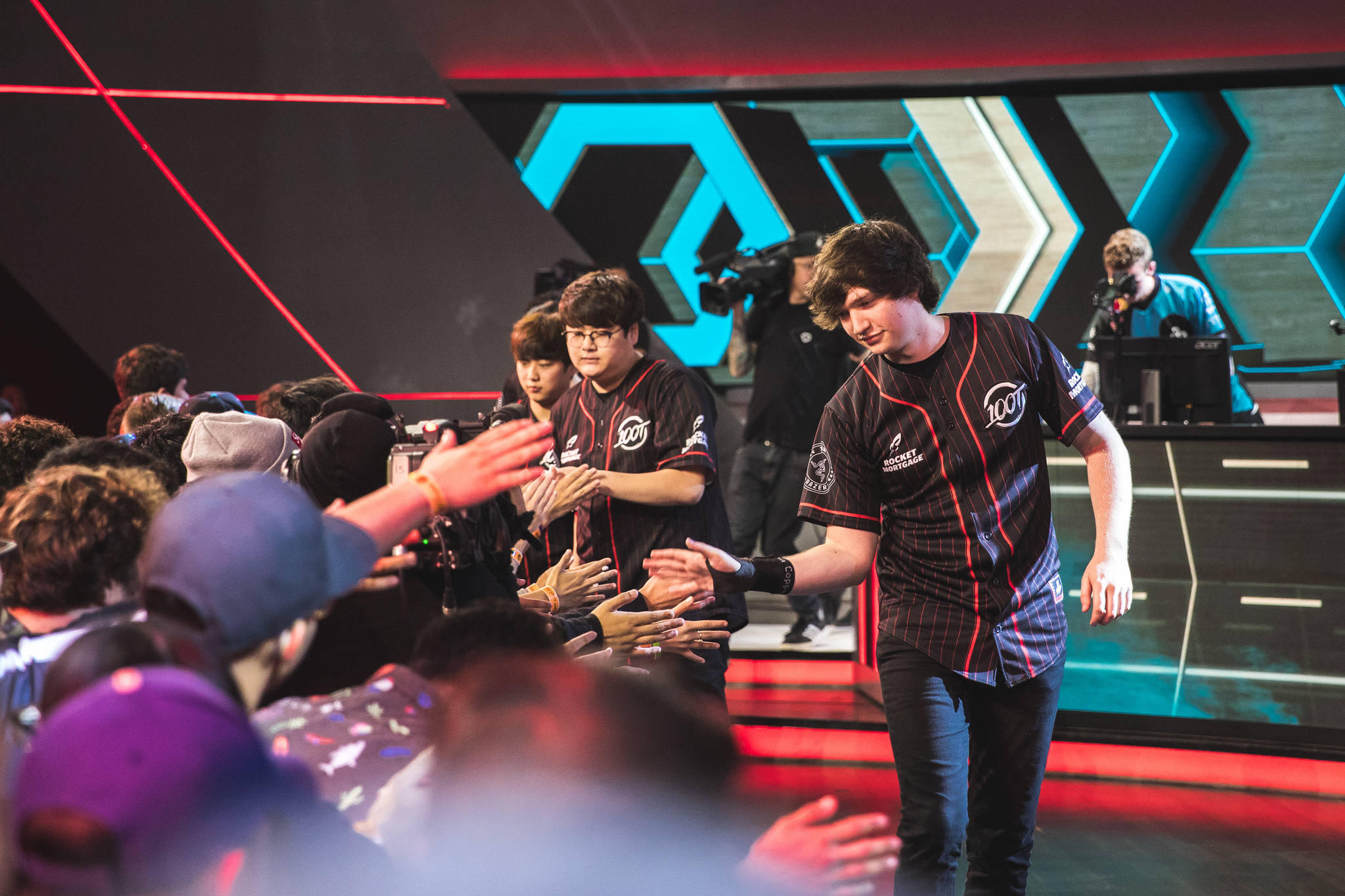 When 100 Thieves jungler William “Meteos” Hartman tweeted on Sunday that he had been traded to FlyQuest, it threw the NA LCS into a frenzy. But then Meteos deleted his tweet, at the request of FlyQuest, which caused even more confusion.

Meanwhile, the two teams were caught with their pants down. On Monday morning, more than 12 hours after Meteos’ tweet, 100 Thieves finally released a statement on the trade, also on Twitter. It took until Monday afternoon for FlyQuest to explain their take.

Not only were the communications delayed, but key information conflicted between the three accounts. This is a bad look for everyone involved. Esports leagues are in their infancy, but this is simple stuff they have to sort out and have an established procedure for. In the case of Meteos and 100 Thieves, here’s what should have happened.

The team holds the cards

According to 100 Thieves, Meteos requested the trade. He was right to go to the team first. Regardless of who pressed for the trade initially, the team that owns the contract holds the cards in a trade scenario because of tampering rules.

After Meteos approached 100 Thieves, the organization had three options:

1) Ignore him and hope they can work things out.

2) Search for a trade destination on their own.

3) Allow the player and their representatives to talk to other teams to create a trade.

Teams can choose one or more of those options in any combination. If they ignore him, they risk internal discord. And players can always force the team’s hand by making their request public or even sitting out until a trade is consummated.

Those seem like extreme examples, but realistically, the player doesn’t have much leverage in these situations. That’s why understanding player contracts is so crucial—competitive rules mean players are stuck with their contracts and their organizations until expiration.

If a team chooses to acquiesce to the player’s trade request, they can either find a trade partner on their own or work with the player to do so. In some instances, a team will allow a player to do the work and find his own new team.

But that’s a courtesy, not a requirement. Remember, the teams hold the cards, and shouldn’t be required to seek the player’s input. These may sound unfair, but look at it from the team’s perspective. They’re responsible to all stakeholders in the organization, from management and coaching, to fans, and even to the other players on a roster.

Once 100 Thieves decided to move on from Meteos, they had a responsibility to the rest of the team to find the best trade for the organization, regardless of what that meant for Meteos. That sounds harsh—after all, these are real people involved, not mere commodities. But the contracts they sign—those pieces of paper that promise their services at a price—are very much commodities, and are under the control of the organizations paying for them.

It sucks for Meteos that FlyQuest is going to make him fight for his LCS starting spot. But they’re paying for him to do that, and he promised to go along when he signed his contract. Good contracts can be wonderful things—they protect players, give them benefits and security, and make things easier. But they don’t come for free.

What about no-trade clauses?

Some fans have raised the possibility of including no-trade clauses in player contracts. There are examples of these in traditional sports, often in contracts given to star players who have a lot of leverage in negotiations.

But even though no-trade clauses give leverage to the players, they aren’t free. Nothing in business ever is. In fact, the proliferation of such clauses may end up hurting players more than it helps.

If players want no-trade clauses, teams would likely respond by offering shorter contracts, or ones with team options for additional years. They simply have to find a way to offset the risk of paying an unhappy player they can’t move. Or they may decide to offer lower numbers, so a buyout isn’t as painful.

So what’s more valuable to the player: A multi-year, guaranteed contract at the right price or a no-trade clause? These are tough choices to make, ones that may differ wildly from player to player. That’s why it doesn’t make sense for no-trade clauses to become the style du jour. Why lower the value of contracts for everyone if not everyone needs that type of security?

The role of the Players Association

So far, we’ve talked about the teams and their relationships with players, but we’ve left out one key body: the Players Association. And that’s because the association doesn’t really have a say in this arena.

Players associations are meant to protect competitors from the league and teams by fighting for their rights. They should argue for better contracts, more money, and more freedom. Players absolutely should participate and move to make their associations truly independent—structurally and financially—from the leagues.

But once a player has a signed contract, there simply isn’t anything an association can do—unless the team makes a legal breach of some sort. That shouldn’t be the case here, so the association doesn’t really have a say in this process.

Finally, when a trade is done and agreed upon, teams have to be ready to move on multiple fronts—fast. While drafting paperwork to send to the league, both teams should prepare press releases simultaneously. It’s essential that these things are released at the same time so the teams can control the narrative and not lose their fanbases.

Shortly thereafter—or in some cases, at the same time—teams need to inform players personally and directly. In the case of Meteos, it sounds like 100 Thieves and FlyQuest may have agreed on a framework on Friday, waited out the weekend’s games, and then informed Meteos on Sunday evening.

That timeline is all wrong. Finding the right trade partner is the tough part, communicating the result to all parties involved should happen instantly. The time between events should be measured in minutes, not days. If 100 Thieves weren’t willing to make a change before the weekend, they should have waited until Monday to agree with FlyQuest and notify all parties.

Instead, a simple transaction turned into a public relations disaster, one that was wholly unnecessary. Even now, it seems we still don’t fully understand what went down, with Meteos promising a video later today about what happened.

Trades are often tough and emotional, but they don’t have to happen like this. This is new territory for many esports teams and leagues, but they need to find their bearings fast.