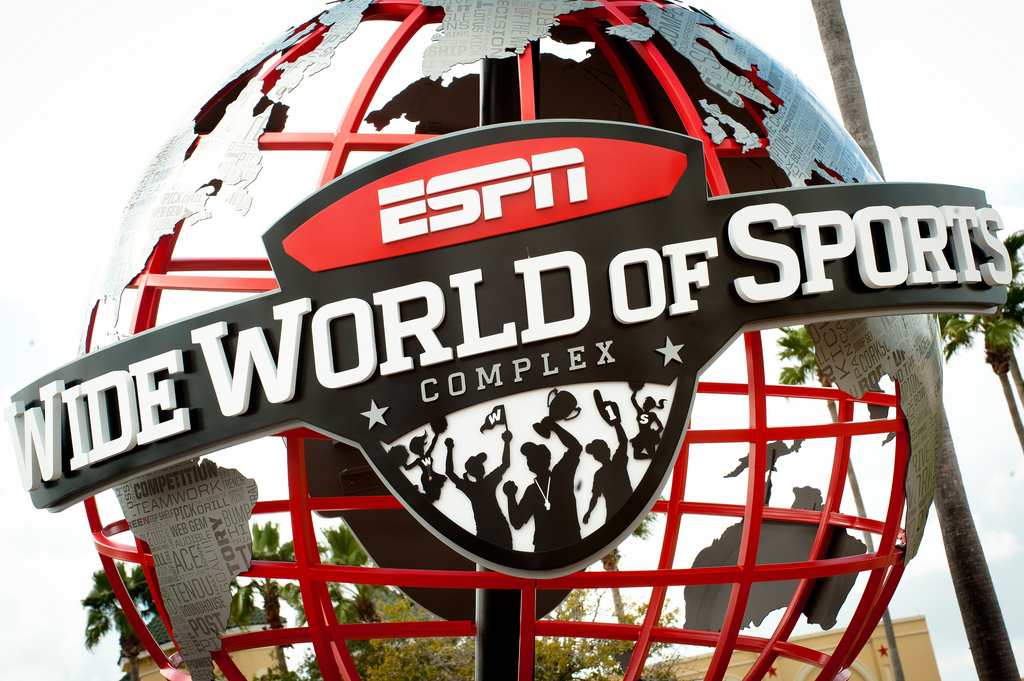 Disney’s ESPN Wide World of Sports Complex in Orlando, Florida spreads across 220 acres, with multiple facilities for all kinds of sports.

Cheerleading, softball, volleyball, track and field—sports teams spanning the world head to Disney every year for top-tier competitions. But so far, esports events are few and far between. It’s an industry that’s on Disney’s radar, however. Faron Kelly, vice president of sports at Disney World, told Forbes that Disney has esports in mind.

“Esports is a big one we are looking at and are very excited about it,” Kelly said.

A new complex—which is 300,000 square feet and houses 8,000 seats—will open in January specifically targeting cheer and dance events. But it’s not just cheer. “It’s basketball, it’s volleyball, it’s esports with gaming,” Kelly said. “We are absolutely looking at esports and it’s a wonderful venue for that.”

The timing for its opening couldn’t be more perfect. Orlando (as well as Miami) will soon become home to an Overwatch League team led by Misfits Gaming CEO Ben Spoont. Though exact timings for the Overwatch League’s start have not been finalized, it’s expected to kick off sometime this year. Matches will be held in Los Angeles for the first year, but will likely expand to home stadiums in the future. An esports arena at Wide World of Sports would be nice to have around for the Orlando-based team.

“When we look at a lot of esports events in other locations, the arena-style setting is very important. It creates an almost gladiator-like feel that they are looking for. There is going to be a Call Of Duty championship at a stadium in Orlando in a couple of weeks and I’m going to go there and check that out,” Kelly said.

“It’s such a new sport that we are learning. Everyone is learning at the same time about what is the best way to do this.”

Kelly did not mention when Disney will host its first esports event, though did say it will be “very soon.”

Disney has a lot to gain from esports. Young people flock to events—which, in turn, brings folks out to its hotels and parks during the seasons it may typically be less busy. Competitive gaming is a new avenue for the company, but it’s been researching for a while.