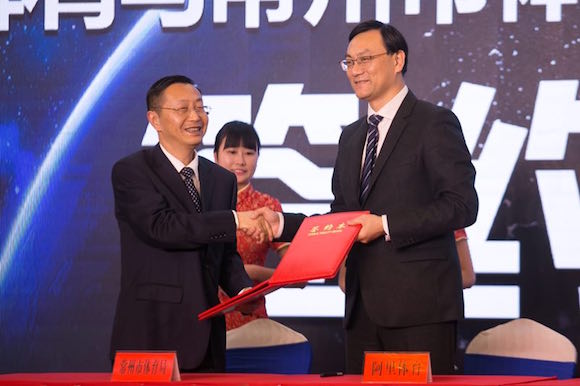 One of the highest paying esports tournaments in the world is staying in Changzhou, China, for the next three years.

The arrangement is part of a deal with Alibaba’s sports-dedicated off shoot, Alisports, and reinforces the company’s plan to invest $150 million into esports over the next few years. It also strengthens Changzhou, the home city of the World Electronic Sports Games (WESG) tournament, as the Chinese esports capital.

The city of over four million inhabitants plays host to the WESG, a multi-game tournament with a whopping $5.5 million prize pool. The agreement is part of a larger, 10-year strategic partnership between Alisports and the city administration, as announced in a press conference on Jan. 11. In the future, the joint cooperation aims to hold five WESG-related offline events at the Changzhou Olympic Center, including several regional finals and the World Final.

This year’s WESG runs from Jan. 12 to Jan. 15. Players from all over the world compete in Counter-Strike: Global Offensive, Dota 2, Hearthstone, and StarCraft 2.

Alibaba is easily one of the biggest companies involved in esports. When the group filed registration documents to go public in the U.S. in 2014, it became one of the biggest initial public offerings in American history, raising $21.8 billion. While the company’s focus is obviously China, its investment plans affect esports worldwide.

Esports’ global revenue was around $500 million this year, according to market analyst Newzoo. In this context, Alisports’ intention to invest $150 million becomes even more weighty, potentially even disruptive. This much is inarguable, however: China’s role in esports just got more dominant.