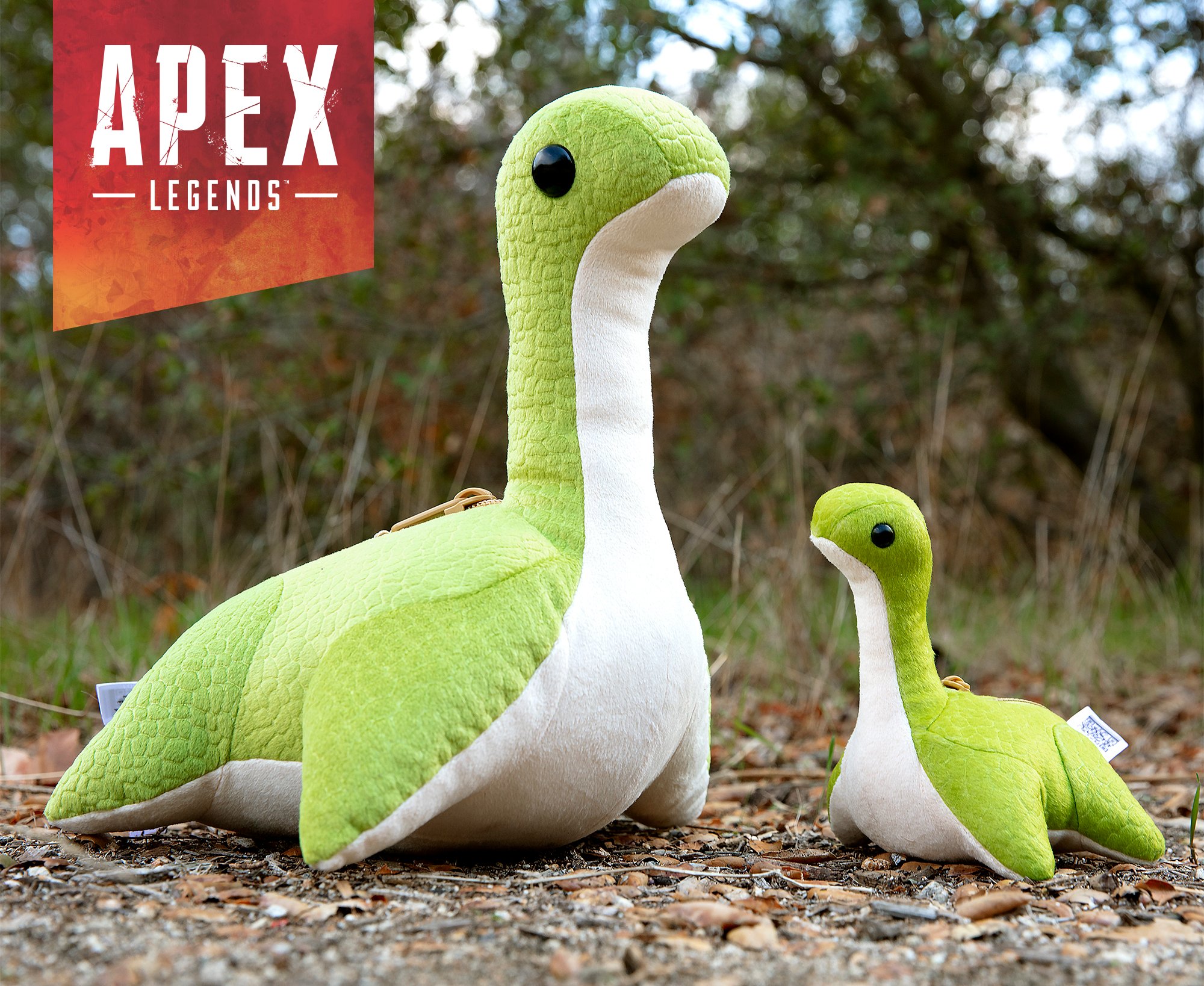 A new Nessie plush from Apex Legends is available for pre-order—and it’s even bigger than the last one.

Respawn revealed a new 12-inch Nessie plush, its adorable take on the Loch Ness Monster, available for $29.99 and exclusive to retailer Entertainment Earth.

The new model is the second Nessie plush to hit the market after a six-inch version of it was released last November. It features the same details as the smaller version, including a functional zipper and a QR code for “special online content.” In the six-inch version, the code links to backgrounds and screensavers from Apex.

The 12-inch plushie is available for pre-order and scheduled to release this month, according to Entertainment Earth’s website. But the estimated ship date is “subject to change.”

Nessies have a special meaning in Apex, particularly to Wattson. The first Nessie was a gift from her mother, who passed away when Wattson was a baby. Her father “hired someone to make a bunch more” Nessies and Wattson used to play hide and seek with them in Kings Canyon, according to Pathfinder’s Quest. Some legends found Nessies during the Apex Games and Wattson said they should hold onto them for luck, according to writer Tom Casiello.

Players can spot several Nessies across Apex, both in-game and outside of it. Respawn has hidden a series of Nessies in cinematics, such as in Revenant’s room or in the studio where Revenant murdered Forge. They’re also present in-game in the Firing Range, in Kings Canyon, and in Olympus.

Nessie is even a part of an Easter egg that was particularly famous in the early days of the battle royale. Finding and shooting 10 Nessies in Kings Canyon would summon a colossal Loch Ness Monster from the western part of the map and players could easily see it from Swamps.