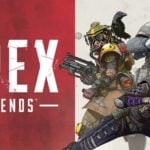 Apex Legends became a household name in the battle royale genre since its release in 2019. Its success wasn’t by chance, however. Apex’s revolutionary and fluidly smooth movement mechanics and pinging system assured its success once they were combined with cosmetic monetization.

Cosmetic items are a huge part of a video game’s experience, whether you’re playing a battle royale, a MOBA, or even a fighting game. Good-looking skins allow players to show off their sense of fashion and make them stand out on the battlefield or blend into your surroundings, depending on what your strategy is. It also allows Apex to be a free-to-play game and increases its reach to bigger audiences.

As a result, Respawn Entertainment has been adding a great selection of skins to help players express themselves while running and gunning down their enemies with the best weapons in Apex.

There will always be a skin that catches your fancy, whether you’re a void-jumping escapee or a zip-lining robot. Here are some of the best character skins in Apex. 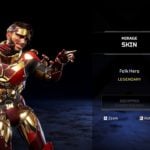 Mirage skins either end up being too dorky or heroic. Mirage’s cocky personality completes the Iron-Man looking Folk Hero skin and gives him a total Tony Stark vibe. Though red tones tend to be more visible from a distance, it seems like a fair trade since you get the right to shout “I’m Iron-Man” after winning every skirmish.

Players need to have the Revenger skin to unlock Folk Hero.

Holiday skins are always a nice way to get into the spirit every year. Bangalore certainly doesn’t look like a holiday person and Stay Frosty makes her look like she was being forced to dress up for an occasion. The scary-looking snowman faces on her joints and chest allow her to preserve some of her vibes, however. 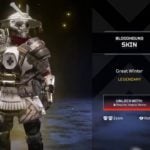 While the color black suits Bloodhound’s dark nature more, the great Winter’s white gives him an anti-hero theme. The white palette makes it harder to understand if he’s up to any evil or not.

The skin’s only lacking part is his raven which stays as black. You’ll also need the Imperial Warrior skin to unlock Great Winter.

Caustic is arguably one of the more scary looking characters in Apex. Almost all of his skins boost his eeriness to a degree but The Last Laugh takes it to another level. The skin promotes Caustic from a being a sadistic scientist to a straight-up horror movie murderer.

Players you run into during the early game may end up with a shaky aim if they have coulrophobia.

Gibraltar has the biggest hitbox in Apex. He also prefers covering his body completely with armor to theoretically reduce the incoming damage. All the armor turns him into a tank, however.

Calls to Arms bundle features one of the only skins that Gibraltar wears not none but less armor. The skin turns Gibraltar into a tribe leader, a fight one at that.

All Lifeline had for skins were essentially recolors before the release of the Judge Jury Executioner Bundle. Though the skin doesn’t look anything like Judge Judy, it changes Lifeline’s aura completely. The fan-favorite caring medic becomes a total psychopath and challenges Bloodhound as the creepiest legend.

Mirage seems to have the best inventory of skins out of all the legends when it comes to variety. He can pull off any looks as well, somehow.

Old Town turns Mirage into a stylish Sheriff from a western movie. The color scheme of the skin also suggests that he could be ahead of his time as a sheriff with a combination of blue, red, and cow skin. Anyone who’s just done playing Red Dead Redemption 2 can also re-live the game inside Apex Legends.

Though Octane’s character expresses how much of an adrenaline junkie he’s, most of the masks featured in his skin failed to capture that characteristic.

Though the face of Laughing Fool doesn’t shout “maniac,” the jester-like skin certainly makes him look like someone who feeds off of chaos. 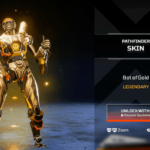 Bot of Gold allows everyone’s favorite robot, Pathfinder, to shine as bright as the sun. The skin covers Pathfinder’s body with solid gold which can be a bit out of character considering he’s one of the most humble legends.

It’s also one of the rarest skins in Apex because it’s out of the rotation and also requires the Quicksilver skin to become unlockable.

Almost all of Wraith’s skins mean business apart from the ones she goes bald. Even her thematic skins preserve her mean looks and overall color scheme. Voidwalker stands out from the crowd, however, with its distinctive white armor and a helmet that looks like it’s out of the movie Tron.

Wattson was released in season two and she has one of the larger arsenals of skins in terms of variety. She has skins that range from turning her into a robot to a samurai warrior. The Silver Age features a little bit of both those traits.

The skin features the super-intelligent bookworm as a futuristic Napoleon. It also has a slight steampunk vibe going on.

Crypto prefers keeping a low profile, just like most hackers. The look on his faces makes it feel like he doesn’t want to have any skins. The Masked Dancer eliminates that by covering the genius encryption artist’s face with a red mask.

The walking animation of the character also completes the skin’s goofy look and turns Crypto into someone he doesn’t want to be, at all.

Designing skins for robotic characters tend to be harder due to their physical limitations. Despite being released in season four, Revenant has a ton of skins. The majority of them look like recolors, however.

The Unholy Beast features the legend as something close to a minotaur. Though it’s hard to pinpoint what he is exactly, the skin certainly gives Revenant a mythological feel while keeping his spooky characteristics.

Loba, the latest legend to become available, came with four legendary skins. Though the competition to be the best Loba skin isn’t as fierce as it’s for other legends, the Gold Standard had the looks to make it to our list.

Not only the color pallet of the skin goes so well with Loba’s facial features, it rather suits the progress she made before she became a legend. The golden details are a nice resemblance of far she has come from picking pockets to survive to a full-fledged legend.