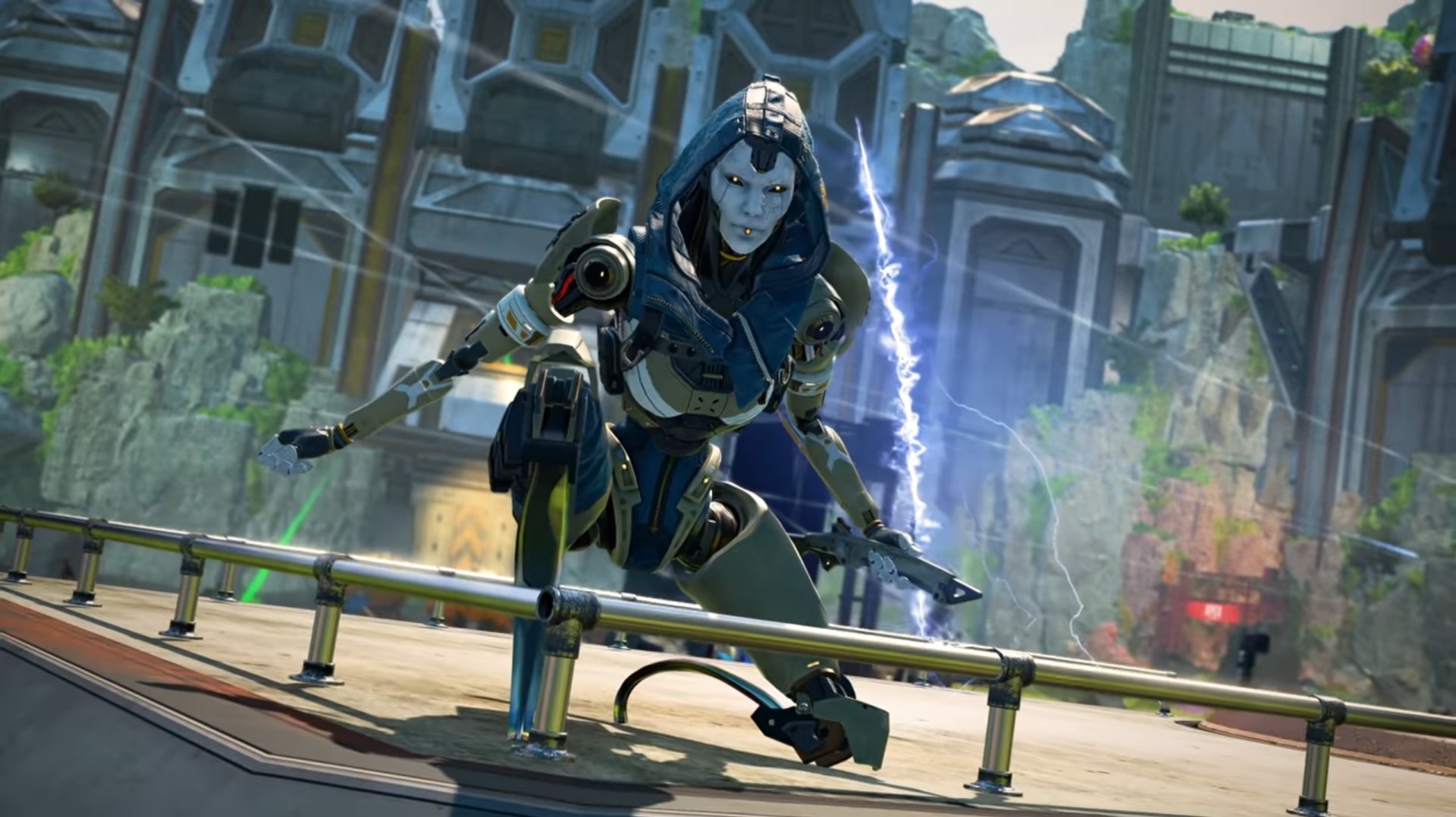 Day seven of North American Pro League featured the same group pairing as the first day of competition. And, much like that particular lobby, Sentinels dominated yet again. Unlike the first day, however, Sentinels showed off a new team composition, bringing Ash, Apex Legends’ newest simulacrum, into the ALGS fray.

Game one featured a well-known final circle, with the zone pulling to the diner building on the eastern side of Skyhook. The high-flying NRG squad maintained the consistency they built up over the first half of the Pro League split to take home the first game of the day.

Taking the roof of the diner building late, when the circle had closed tight enough to prevent teams from taking any higher ground, was priority one, and NRG played it perfectly. Letting other teams play out the fights around them, NRG preferred to simply take shots from the roof and waited until the last possible moment to drop down to the ground with a perfect Gibraltar Dome Shield from Aidan “rocker” Grodin. While the remaining teams duked it out in bubble fights, NRG stayed patient and took the victory by cleaning up the last fight. It was far from an easy victory, however, with free agent squad Senior Service, Complexity, and Sentinels close behind them.

The second match of the day took the lobby south to Thermal Station, and also showed how new legend Ash might shake up the pro meta. Sentinels, who were some of the earliest adopters of Valkyrie, ditched the now-popular team composition in favor of a Wraith, Gibraltar, and Bloodhound comp at first, then switching Adam “senoxe” Lau from Wraith to Ash for the second game. The move paid off.

With the final circle closing and low ground teams having far more cover than the roof of the circular building Sentinels held, senoxe’s Ash ultimate took his team out from under a falling Defensive Bombardment and onto a tall pillar in the middle of the final circle. With the closing zone forcing the low ground teams out from their cover, it was a relatively simple matter for Sentinels to take shots from the high ground, then finally drop down to finish off the remaining teams. While legends like Octane and Pathfinder could have also transported Sentinels to the winning position in the endgame, Ash’s ultimate is the only one out of the three that would get them there with invulnerability.

Sentinels’ win vaulted the team into first place, but the top of the lobby remained close, with Complexity also turning in a 16-point second game and NRG’s first game win keeping them close to the top.

Sentinels, however, extended their lead in game three, this time holding the low ground and waiting for the final circle to force enemy teams in close to them.

The game was a big one for several teams, however, since Sentinels, NRG, Oxygen Esports, and PremierGG all managed to notch 10 points or more. Sentinels led the way, but the lobby was still clearly there to play for several teams halfway through the day’s games.

Early exits for Sentinels, NRG, and Complexity in game four meant the top of the overall leaderboard didn’t change too much, but several lower-place teams began to creep up on the leaders. The three leading teams all took each other out, with NRG attempting an ill-fated push on Sentinels after an early knock, before Complexity rolled in to finish off Sentinels, over-extending in the process and being eliminated themselves.

Plucky underdogs Estral Esports, one of NA Pro League’s two Mexican teams, moved themselves within striking distance of the top three with another strong showing on the day. Ultimately, however, Ghost Gaming bounced back from a slow start to day seven and took home the victory,

Game five, a northern zone that pulled up towards the Climatizer POI featured what was undoubtedly the best shot of the day, courtesy of Complexity’s Ryan “Reptar” Boyd.

Sentinels, however, put the lobby to rest, going on a rampage on the edge of circle to the tune of 14 kills. Despite placing second to Premier, Sentinels still accrued 23 points, largely on the back of their fast and furious fighting style. The end of game five put Sentinels on 80 points to second place-Complexity’s 48 points, leaving the rest of the lobby fighting for second.

With Sentinels out of reach, the remaining teams in the lobby stayed relatively tightly bunched, and a big game from a team lower in the standings could feasibly launch them far up the leaderboard with only one game to go. And that’s exactly what Torrent did.

Sitting in 11th place and needing some magic after a tough beginning to their Pro League run, Torrent had already made a switch before week four, benching Elijah “Hill” Hill in favour of Cloud9 journeyman Logan “Knoqd” Layou. Getting prime position in the final circle, Knoqd and his teammates ventured out from their building and found a way to third party just about every fight taking place, notching 12 kills in the process. The 24-point victory catapulted Torrent up the leaderboard, netting the squad a fourth-place finish on the day.

In the end, however, it was Sentinels who showed up and showed off, bringing Ash to their already formidable team and looking just about unbeatable doing it. Complexity and NRG clung to second and third on the day, with Torrent and Premier just behind them.

The results also took Sentinels, Complexity, and NRG to the top of the North American Pro League, with another lobby still to play in week four. The margins are getting thinner and thinner for teams that find themselves outside of playoff qualification, or worse, in the relegation spots. With only two weeks left before playoffs, it’s time for teams to step up.