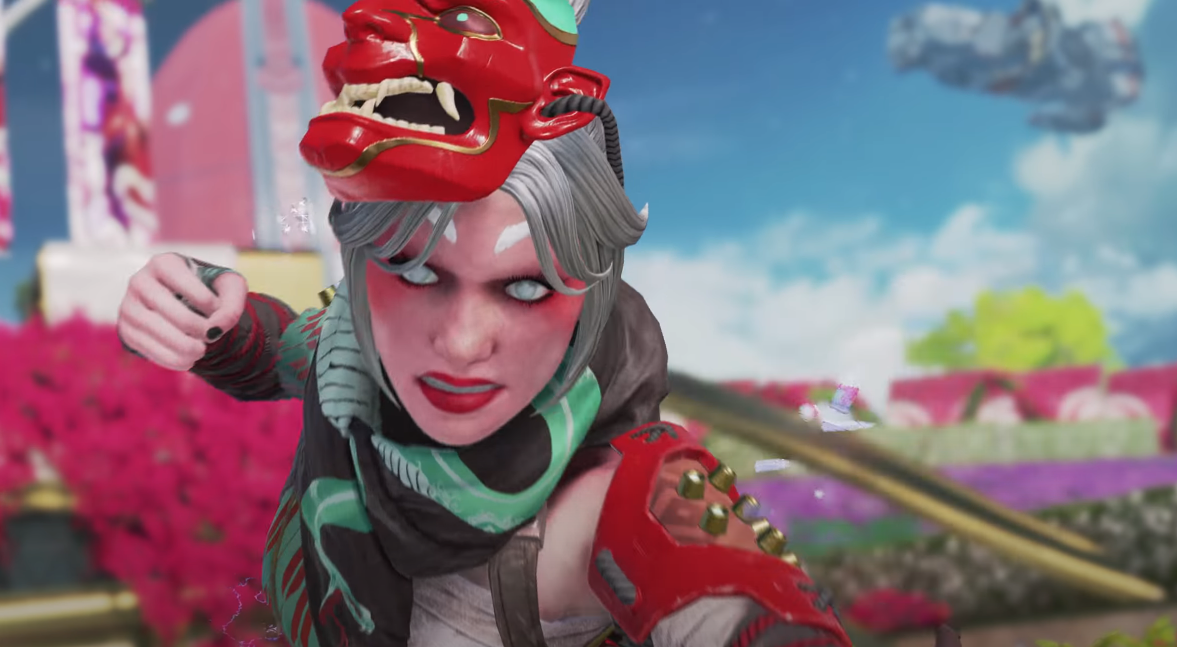 Apex Legends‘ ninth season, Legacy, is only one day away. But fans can check out all the battle pass rewards a bit early.

Respawn dropped the action-packed battle pass trailer today, showing off a slew of new cosmetics debuting in Legacy. The battle royale’s website was also updated to include more information, like all 100 levels of premium rewards and what players can earn for free by simply dropping into the Games.

The trailer showcases the fox-themed Kitsune Rampart and Demon’s Whisper Wraith skins, along with this season’s reactive weapon cosmetic for the Devotion. Players can unlock the Bound in Bone Devotion at level 100 and upgrade it by hitting level 110.

Fans can also expect the typical music packs, loading screens, banners, gun charms, quips, and holo sprays. And this season’s skydive emotes are as hilarious as ever. Octane surfs his Launchpad into the action, while Caustic attempts to ride his Nox Trap before falling over. And new legend Valkyrie shoots out some missiles while doing cool flips in the air.

The battle pass will run 950 Apex Coins, but players can shell out 2,800 Apex Coins for the pass and the first 25 levels automatically unlocked. As for this season’s free rewards, Respawn will offer a Valk character skin, seven Apex Packs, 12 weapon skins, win trackers for all legends, a music pack, and 300 Apex Coins.

Update May 4, 12:43pm CT: Respawn originally wrote that 400 Apex Coins would be offered on the free track. The Apex website has since changed it to 300, so this article was changed to reflect that.