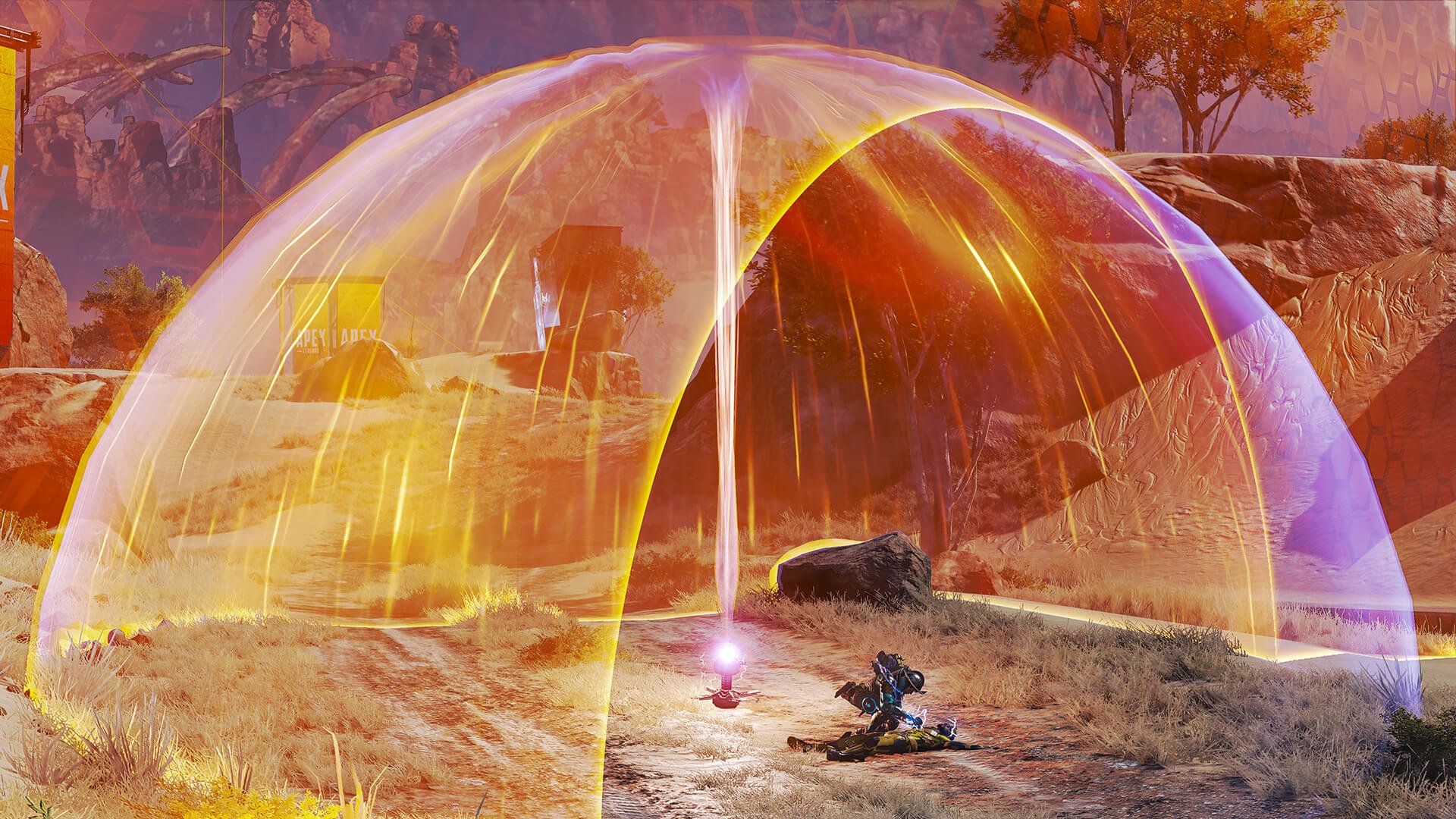 Fixing bugs is always welcome, and Apex Legends just shipped a hotfix today to a bug that’s become one of the biggest complaints for players over the last season or so: map visibility when outside the ring.

When players are outside of the ring, they take damage over time, which most people know. Fewer people might be aware that every time you receive damage, your character screen flinches a little bit, making your aim less reliable. The brightness of the red zone outside of the ring can also make things difficult to see. Unfortunately for players, the game has lately had a bug that made it nearly impossible to discern anything at all when players were outside the safe zone.

The game is supposed to punish players for being outside of the ring, but not this much.

Thankfully, this practically-infrared view of the game isn’t what the developers at Respawn had in mind for playing outside of the ring, either. The new hotfix doesn’t necessarily cut down on the brightness players experience, per se, but it should get rid of the massive amount of blue that some players experience when venturing into the zone. Less blur should also result in less shocking brightness at times.

The other highlights of the patch include re-enabling the Legendary reactive Devotion skins, Bound in Bone and Dragon’s Spine. The skins were responsible for a bug in which PS5 users would crash if the skin was present in their games. It looks like that issue is resolved and those who grinded for the season nine level 100/110 battle pass rewards can once again equip those skins.

Finally, the Legendary skin Elegant Aesthetic for Loba was added back to the game. Players reported that the skin had disappeared from their inventories after an update last month. It appears that disappearance was a case of a bug being a bug, and the recolor should now be available once again for players to use.