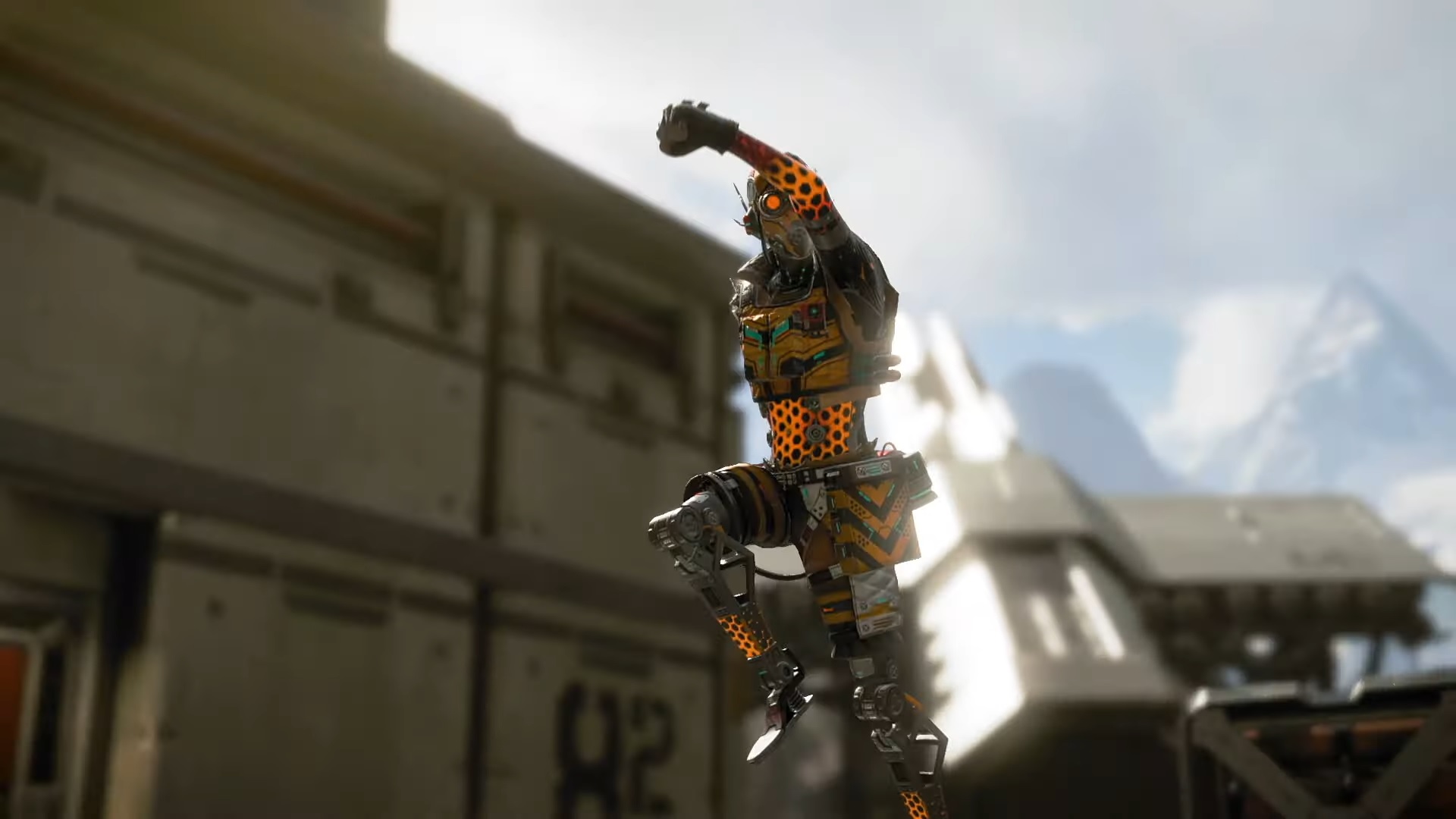 With the addition of more and more legends and their respective abilities, Apex Legends becomes something of a soup, where the players discover new ability interactions and weird quirks in the game’s various maps.

In terms of being “new,” Octane’s Jump Pad and the cargo bots that trundle slowly along in World’s Edge are far from it. Octane was the first legend introduced to the game after its launch and original eight playable characters, while the cargo bots were introduced alongside World’s Edge all the way back in season three. When you put them together, however…

Reddit user Dr0w10 discovered that shooting down a cargo bot onto Octane’s ultimate ability turns it into one of those infinite machine desk toys.

It’s fairly common knowledge that Octane’s Jump Pad can launch several things players throw at it. You can launch Gibraltar’s Dome Shield much further forward by throwing it onto one, for example, or surprise a far-off enemy team with a flying Caustic barrel. This interaction is interesting, however, in that it appears Dr0w10 either shot the cargo bot at the exact moment it was directly over the Jump Pad, or that cargo bots simply do not have any forward momentum at all when they hit it. The ball just goes straight up and down, over and over again.

It’s not a particularly useful discovery for any type of gameplay scenario. But if you ever find yourself camping out for a final circle and looking for ways to pass the time, keep an ear out for a cargo bot coming by and try not to hypnotize yourself.