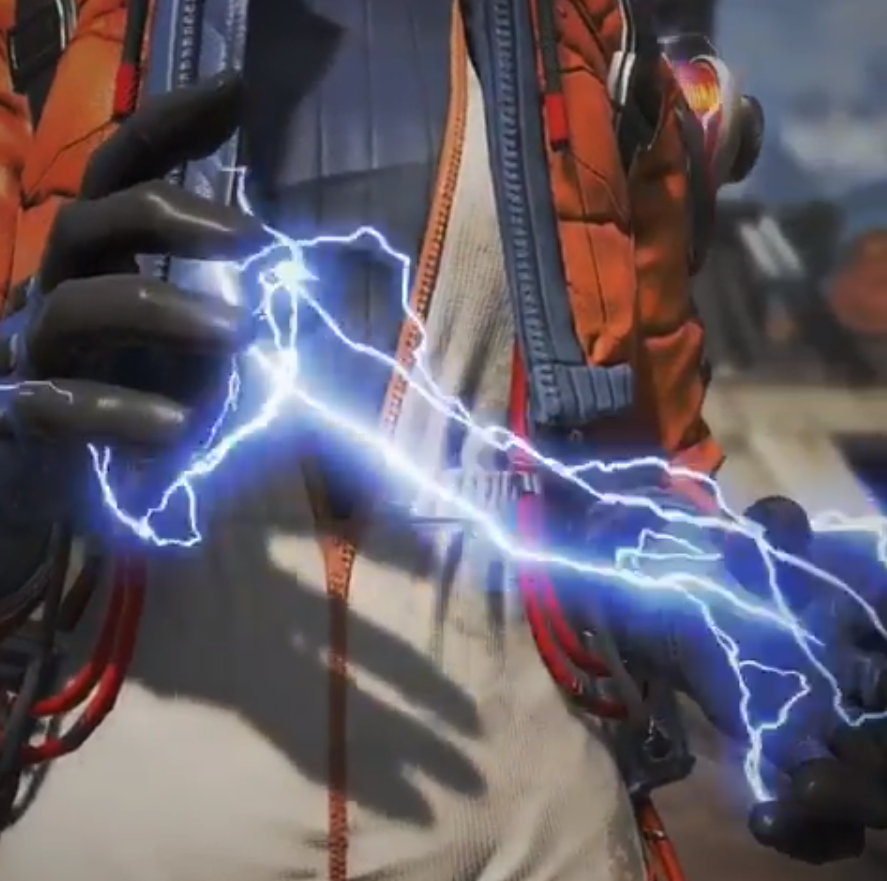 A recent post on the Apex Legends Instagram, @playapex, details the EA play event and also hints at a new legend that may be announced there.

This short clip details the time and place of the EA Play event and how to stream it. The video ends with a two-second teaser of what appears to be a new legend. The clip shows the hands a torso of a person wearing rubber gloves and has wires running from their hands over a beige jumpsuit that is covering a rubber insulated body suit. The character is also wearing a puffy orange bomber jacket and seems to have electrical coils on their back sparking with jolts of electricity. The electricity can be seen jumping between their hands, which could be a hint to some shocking abilities.

There has been a few leaks and data mines that have led to a list of legends that may be coming to Apex. Wattson was one of the names of a potential new legend and would be probably the most fitting for the teased electric entity in the clip. But we will have to wait a few days and see who this character is.

We can look forward to learning more about this individual on Saturday June 8 at 10am (the teaser doesn’t specify which timezone). With E3 and the EA Play events coming up we can expect many more announcements for Apex Legends about season two and all of the new things this new season brings with it.