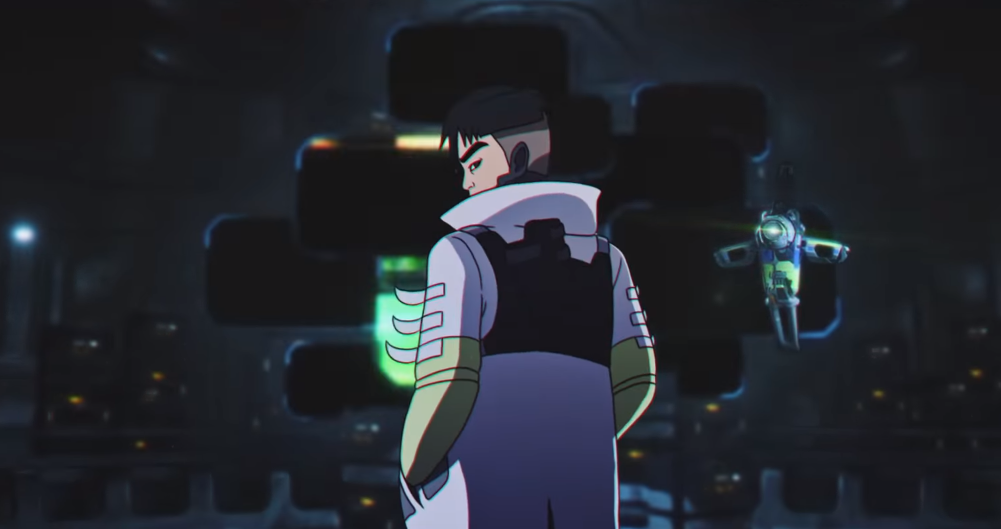 Season three is almost here and Apex Legends fans have finally gotten a taste of what’s in store for the weeks to come. To celebrate the season’s upcoming release, Respawn posted a new video from the Stories from the Outlands series today, giving fans a glimpse into Crypto’s background.

The video opens with Crypto sitting in front of a keyboard while he draws a logo—the same logo found in Wraith’s Voidwalker short story. A woman named Mila munches on takeout and fiddles with a phone in the background.

Eventually the two hack into a program that predicts the Apex Games. The program shows statistics for the Games, including the likelihood of winning for each participant, as well as the number of weapons dropped. Mila suggests they use the program for their benefit, but Crypto refuses, suggesting they’ll “find their fresh start” elsewhere.

Related: Everything we know about Apex Legends’ Crypto

The next morning, Crypto finds that Mila has been abducted. Two attackers armed with guns break down his door and Crypto flees, chucking EMPs to knock down flying drones and throwing out a drone of his own to aid in his escape.

At the end of the video, Crpyto says an unidentified “they” took everything from him, including his friends, family, and identity. He vows to find his redemption and show his oppressors the truth. It’s unclear who “they” are, but given the premise of the video, it’s likely that they’re the Mercenary Syndicate, the operators of the Apex Games.

Crypto is set to release in season three, which launches on Oct. 1.