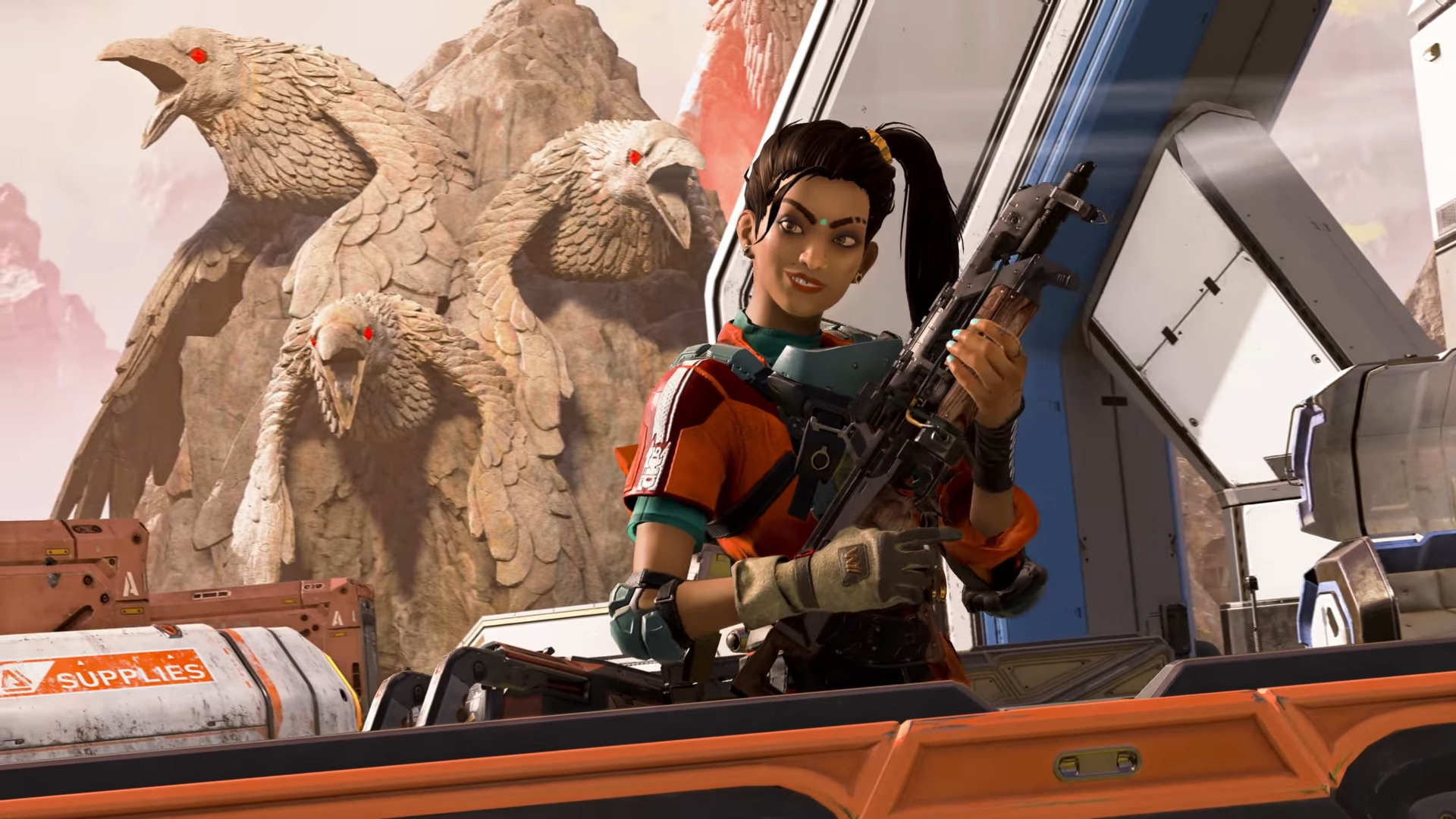 For the first time in the game’s history, it looks like a reactive battle pass skin from a previous season will make its way back to Apex Legends—at least, in a similar form.

An event or season update always means new files are added to the game, and those files often contain assets and information that will be used at a later date but aren’t visible in the game during that update. Several prominent data miners and leakers took advantage of the Beast of Prey update today to get a peek at what’s to come for in-game content. What they found was one of the most-requested recolors that players frequently ask for: a new version of the Heat Sink Flatline.

The new recolor, which was found by SomeoneWhoLeaks and corroborated by several other trusted data miners and leakers, gives the Flatline a red makeover. The reactive portions of the skin now spout a pink mist from the animated sections of the gun when you knock an enemy down.

The Heavy Metal and Heat Sink Legendary Flatline skins were notable for a couple of reasons. They were the first reactive skins that Respawn added to the game and began the trend of the battle pass having an extra level 110 reward in addition to the level 100 reward. This 110 reward was a recolor of the level 100 skin, offering players who finished the battle pass multiple Legendary skins.

Of course, one of the other reasons that so many players requested the Heat Sink to return or get a recolor was how good its old iron sights were, giving players a clean view of the battlefield in front of them. Those are now gone, replaced by a chunkier iron sight that Respawn says will make sure no “pay-to-win” skins exist in the game and that players shouldn’t feel the need to pay money to gain a competitive advantage.

The demand for the new Heat Sink recolor probably won’t be as high as it once was accordingly, since so much of the desire for the skin was due to the iron sights. Still, it does make one thing clear: Respawn is open to creating recolors for old battle pass reactive skins, something it still has not done up to this point. It seems that the uniqueness of the battle pass skins themselves will primarily be tied to the original color since the original skins themselves will still not be made available for purchase.

If the Heat Sink recolor does indeed come to the game, you can probably expect to find it in the game’s store as a special sale.