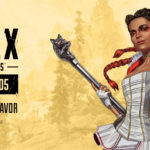 Apex Legends’ Loba is the best thief in the Outlands. She isn’t afraid to snag everything she finds to benefit her and her teammates. Her skill set reflects her talents as a burglar and combines mobility with the tools to quickly pick and choose the finest loot in the area with the press of a button.

Like other legends, Loba’s kit consists of three skills: a passive, a tactical, and an ultimate. For her tactical, Loba tosses her jump drive bracelet and teleports to its location. Her passive allows her to see epic loot or better through walls and at a distance, and her ultimate lets her steal items from afar—even from death boxes and care packages.

Loba has an entertaining, dynamic kit and is the premiere legend for loot-hungry players, but it takes some time and skill to get the most value out of this high-society thief. Here are our tips on how to play Loba.

Loba’s passive, Eye for Quality, is a testament to her expensive taste. The ability displays the outlines of all epic, legendary, and mythic loot within a 112.5-meter radius. This means that players can spot the outlines of purple, gold, and red items from afar, even within care packages. The radius can be extended by using a scope, so Loba players who enjoy sniping can see even more items across the battlefield. Loba can ping any item she can see the outline of, even if it’s inside a closed supply bin or care package. Note that Loba can’t see the outlines of items in death boxes, loot ticks, or MRVNs, nor can she see the outlines of loot boxes themselves unless they’re within normal sight ranges.

Eye for Quality provides good utility, especially in the earlier stages of a match. If your squad drops in a hot loot zone or a heavily-contested area, Eye for Quality can help you point out the best items to your teammates quickly to get a head start in any fights. It lets players easily see desirable items like purple EVO shields, high-level attachments, scopes, and Phoenix Kits. Even in the later game, Loba can head straight for the most valuable loot when rotating into a new POI. While it’s great on its own, Eye for Quality really shines when coupled with Loba’s ultimate.

Loba’s jump drive bracelet is one of the best tools in her thievery arsenal—and that doesn’t change in the Apex Games. Her tactical, Burglar’s Best Friend, allows her to toss her bracelet and instantly teleport to its landing point. There’s a short duration while the bracelet is in flight where she can interrupt it and land at its current location. If the bracelet is still in the air when Loba is teleported, it drops straight to the ground and places Loba there, meaning she can’t teleport straight up into the air.

Although Loba’s teleporting might seem similar to Overwatch’s Sombra, the two characters play differently. Sombra’s translocator has a quicker travel time and can be left behind, while Loba’s jump drive bracelet has a slower velocity and teleports Loba to its location as soon as it hits the ground.

When using the tactical, Loba and other players can see a white trajectory indicator that pinpoints where the bracelet will touch the ground. The bracelet covers an approximately 71-meter distance. While it has good vertical and horizontal mobility, its arcing trajectory can be tricky to figure out if you want to move forward and upward at the same time.

Burglar’s Best Friend allows Loba to move quickly when exploring multiple-story buildings or to traverse horizontal distances more quickly. In combat, it can provide her with a risky, yet rewarding opportunity to flank enemies. If something goes wrong in a fight, it can also present an escape opportunity. It’s one of her core skills, as pointed out by its name, but it’s not a perfect get-out-of-jail-free card.

The skill has decently long animations when deploying the jump drive and when teleporting to it. After tossing the device, Loba is locked in an animation where she places the bracelet back on her wrist, making teleporting a potentially risky move considering the bracelet’s slow travel time. Loba can’t use her weapon while throwing the bracelet or during the animation, so she isn’t able to shoot while teleporting or immediately after landing.

Burglar’s Best Friend’s animation can also throw off a player’s aim when attempting to toss it quickly. All movement before deploying the jump drive will change its trajectory and the point at which Loba lands. Although the animations aren’t a major concern when using the bracelet to gain vertical mobility in a quiet area of the map, they can down a player if used recklessly in a firefight. The teleport isn’t really meant to be used to enter or reposition during combat. It’s better used to make a retreat or get to a hard-to-reach location.

If you’re dead set on using it to flank enemies, though, be ready for a tricky sequence. In addition to the lengthy animations, slow travel time, and arcing trajectory, the ability has an audio cue that gives Loba’s position away to nearby enemies. When using it to ambush an enemy team, trying to get up close and personal can instead teleport Loba to the center of an enemy’s crosshairs. The ability also leaves behind a trail similar to Wraith’s In the Void, so enemies who notice it can follow the tracks to Loba’s location.

Burglar’s Best Friend is a useful mobility tool in many situations, but it’s important to be aware of its deficiencies when deploying it. A missed throw can land you in the middle of a bad fight or make it a struggle to rejoin your teammates, so tread carefully.

Loba’s signature staff is more than just a cosmetic or a vaulting pole in her finisher: It’s also part of her ultimate. Black Market Boutique lets players pick and choose the loot they want from within a large radius without needing to move around and search for it. It’s a quick and handy way to keep track of all the loot in the area—and to steal precious gear right from under enemies’ noses.

Activating Black Market Boutique makes Loba put her staff down in the ground and set up shop. The device takes roughly 4.5 seconds to arm, after which it allows players to pick two out of all the items in its large radius once it’s active. Players can also take as much ammo as they want from nearby sources, which doesn’t count toward the two chosen items. All legends, friendly or enemy, can use the Boutique, but Loba can collapse the shop at any point by interacting with it. Loba begins every match with 50 percent ultimate charge, and Black Market Boutique’s charge time is relatively short.

The Black Market Boutique pairs well with Eye of Quality since that passive lets Loba gauge the quality of the loot around her and decide if it’s worth spending an ultimate on. Loba can also make use of ultimate accelerants or the Charge Towers in Capacitor to quickly scavenge multiple rounds of loot from an area. The Boutique can pull items from closed supply drops, so try using it in a protected area within radius of a care package to see what’s inside and loot safely. Loba herself can also take exactly one item from a locked loot location, like the bridge on Olympus’ Icarus or the vaults on World’s Edge. But doing so destroys the Boutique and sets off the location’s alarm, alerting nearby foes.

Deploying Black Market Boutique sends out a wave of energy and a sound, which alerts enemies who are close by to Loba’s presence. If an item is taken from a closed supply bin, the bin will be opened when the item is teleported. Items that are within radius of a friendly or enemy Boutique will wiggle and float off the ground and in bins.

It’s almost never a good idea to use Black Market Boutique in the middle of a fight. Although the Boutique can be a source of healing items or fully-charged vests, the lengthy animation forces Loba to use it behind hefty cover, allowing enemies to get the jump on her. It’s important to collapse the Boutique once your squad is done with it to prevent other legends from interacting with it, too. Boutiques last until destroyed or until Loba puts down another one, and any enemies who pass by can use them. They have 100 HP and can block doors if you’re really in a pinch.

Like Lifeline, the only other support on the Apex roster, Loba pairs well with just about every other character. (No legend ever turns down the opportunity to bag some good loot.) She can keep up with the highly mobile likes of Pathfinder and Wraith, and she’s great at defending locations with legends like Wattson, Rampart, and Caustic. Allies who stay with Loba can easily pull ammo repeatedly from surrounding locations, allowing them to potentially draw out gunfights and secure the winning kill.

While Loba works well with everyone, she struggles a little bit with more offense-oriented legends. Her abilities are designed to be used outside of battle: Her tactical is more about going out than going in, and she doesn’t have the damage or immediate movement potential of characters like Octane and Bloodhound. While she can still be played with these legends, she might not be able to keep up with them or help much beyond regular gunfire in a fight. She also isn’t great when paired with Lifeline since the two legends just don’t have enough damage or enemy-focused abilities between the two of them.

This means that offensive, forward-marching legends counter Loba. Octane and Wraith can easily follow the trail of her tactical and zoom over to where she’s going to land, cornering her in the process. Recon legends like Seer and Bloodhound can reveal her and her squad’s position while they’re looting, enabling them to get the drop on her.

Loba is a unique take on the support category and proves that not all supports are healers. Her unique abilities bring a twist to a game that’s really all about looting, which is where she draws her power from. While she’s not perfect in every situation, there are few times where you won’t want to bring a Loba along.