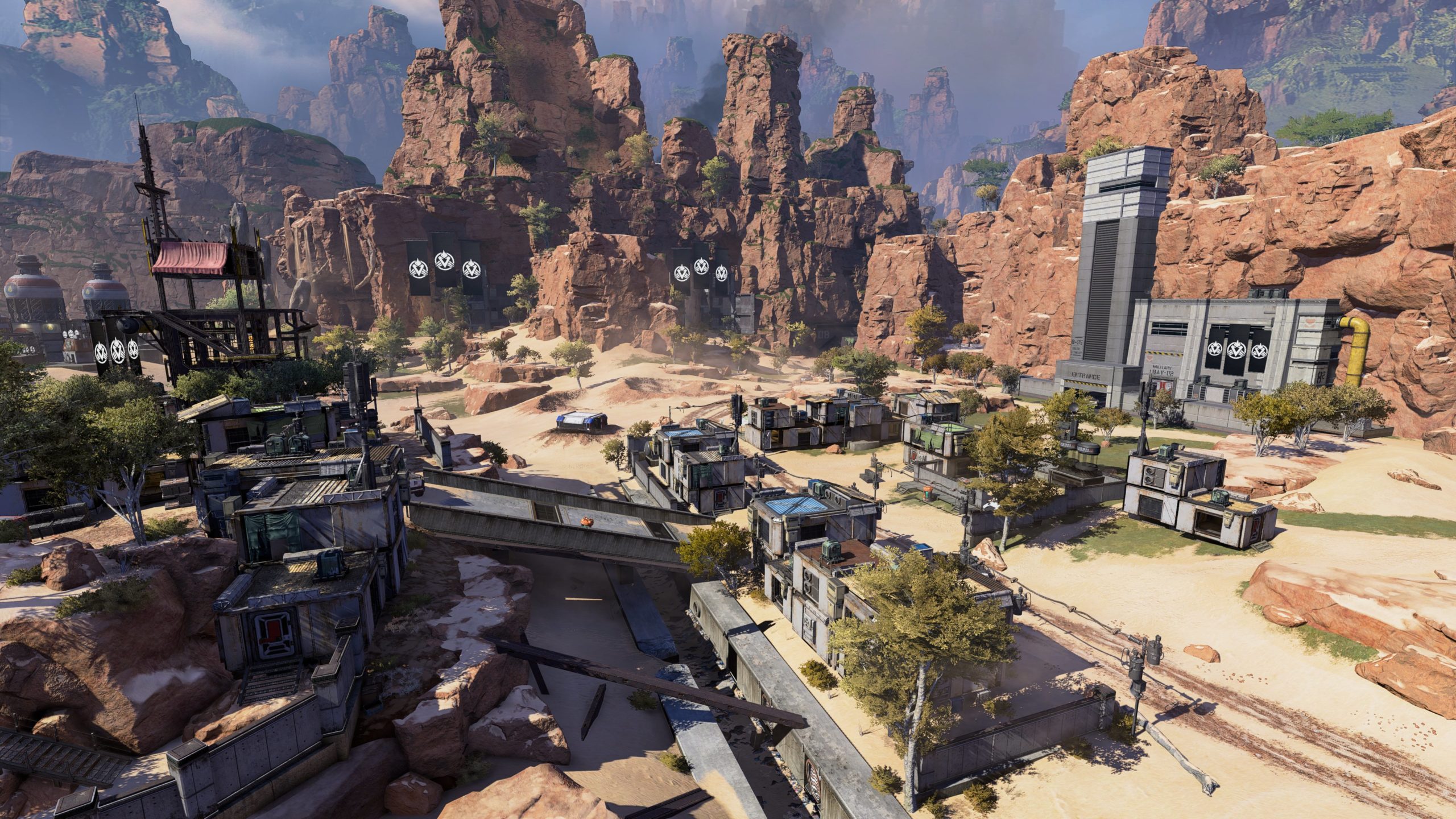 Kings Canyon’s Hillside Outpost is the latest map in Apex Legends’ Arenas map pool after Respawn put the map back in rotation today. The venue takes the place of The Dome in the dedicated rotation.

Hillside Outpost is the open east of Bunker in Kings Canyon. It’s a usual spot for combat in battle royale—it lies between The Pit, Runoff, Bunker, and Airbase, all fairly sought-after locations due to their loot. The open areas and watchtowers create opportunities for mid-to-long-range combat, while the enclosed houses are guaranteed to bring the fight up close and personal.

The Arenas map rotation always features one of three locations imported from battle royale as a separate Arenas map, and Hillside Outpost comes to represent Kings Canyon in the mix. World’s Edge participated in the map pool with The Dome, and Olympus contributed with Oasis.

These battle royale locations change every two weeks, and each stays in rotation for the normal 15-minute slot. They’re paired alongside Arenas-specific maps, such as Overflow, Party Crasher, and Phase Runner.

With Hillside Outpost’s induction into the map rotation, players finally had the chance to try out all maps in rotation in Apex‘s season 10, with Oasis during the first two weeks of the season and The Dome taking the two weeks after it. Based on the schedule, Oasis should return to the pool in mid-September.